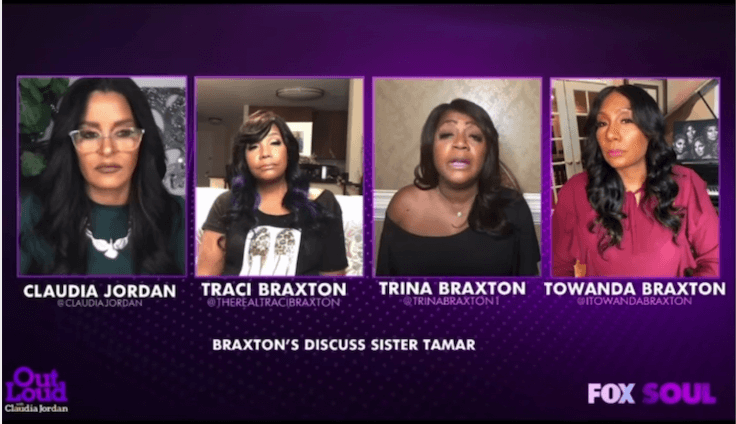 As reported, Tamar Braxton put WeTV on blast last month for using her attempted suicide to promote the series.

“After waking up to that disgusting trailer…F–K @wetv and whomever else participating for using my pain for their pleasure and ratings” Tamar captioned an October Instagram photo.

“At some point this abuse HAS to STOP and P.s. IM NOT FILMING FOR THIS SEASON! THEY ARE DOING THIS WHILE IM NOT ON THE SHOW #SCUMBAGS–T” she added.

The series trailer reveals the Braxton family reacting to the news that Tamar, 43, had been hospitalized after being found unresponsive in a L.A. hotel room.

Trina Braxton responded to Tamar’s fiery feedback in remarks reposted on The Shade Room’s Instagram account. She spoke to Out Loud host, Claudia Jordan, about the WeTV controversy.

“During Season 7 of “Braxton Family Values” we do not talk about Tamar’s physical or mental health,” Trina explained. “We talk about how it affected us, but we do not physically address Tamar’s hurt, pain or experience.”

Trina noted that Tamar had “her own story to tell.”