The Saved By the Bell reboot trailer has dropped — but one member of the cast was nowhere to be seen — Lark Voorhies, aka Lisa Turtle.

Fans used to love Lark Voorhies on the popular show, but it appears that producers froze her out because they were put off by Lark’s mental illness. Lark was diagnosed with schizoaffective disorder several years ago.

According to multiple sources close to the actress — production team never asked Lark Voorhies to be part of the reboot project. According to insiders, Lark even offered to make a cameo appearance for free, but was allegedly shot down and told that she was “not allowed” on set.

Lark Voorhies spoke out about the production snub a few months ago, on Doctor Oz.

“I have to admit I did feel a bit slighted and hurt when I was not invited to be part of the Saved by the Bell reunion, as well as other cast members’ events. Yet, of course, I also realized that having this puzzling disorder may have played a major part in that factual decision,” Lark said. “With that in mind, I am truly thankful for having had the chance to work on the show that has been so successful.”

Lots of disappointed fans of the show have been sounding off about Lark being shut out of the series, on Twitter. 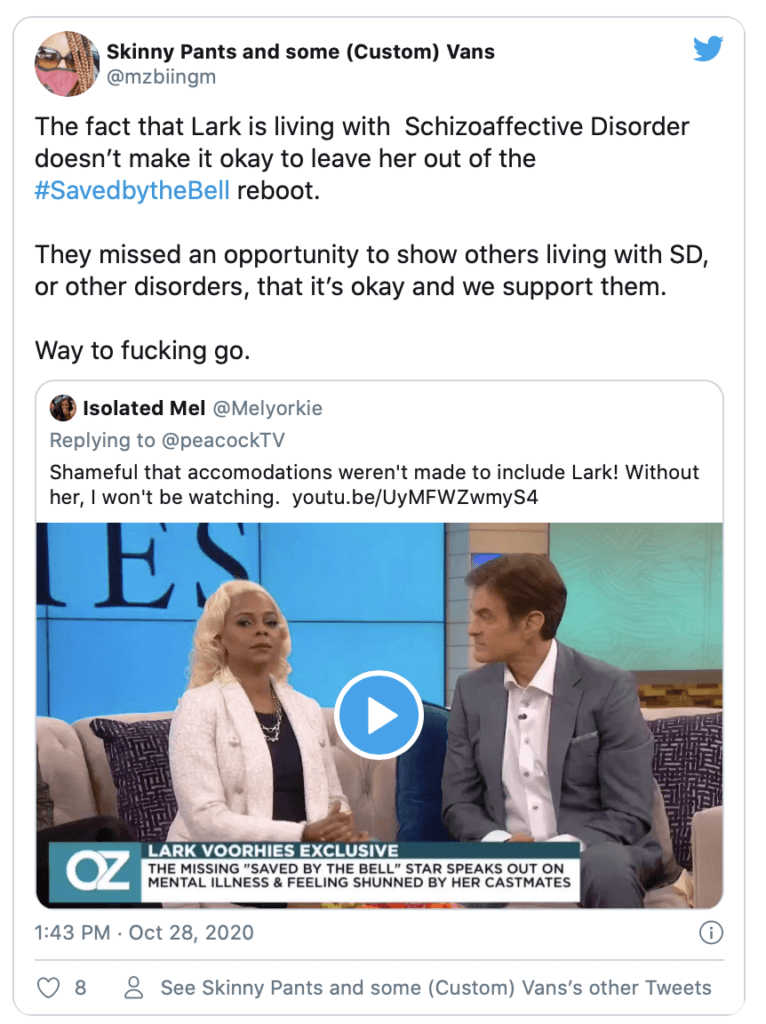 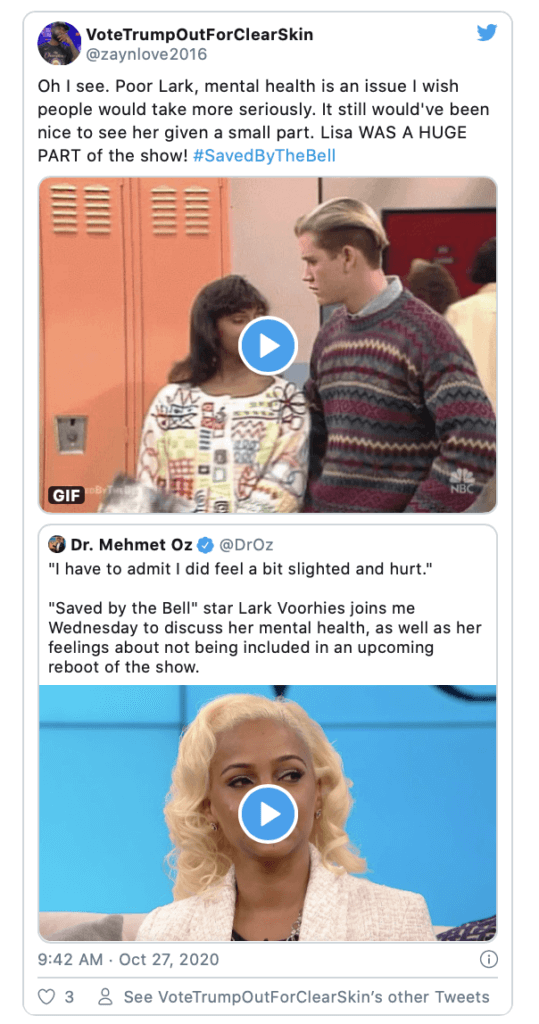 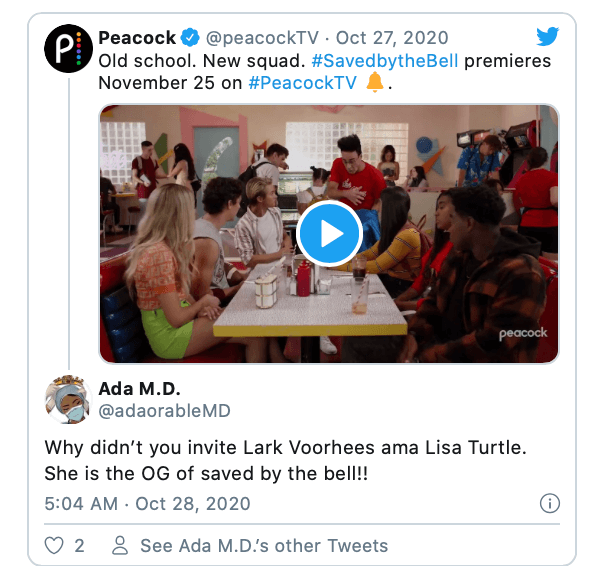 Saved By the Bell premieres on November 25, on Peacock.