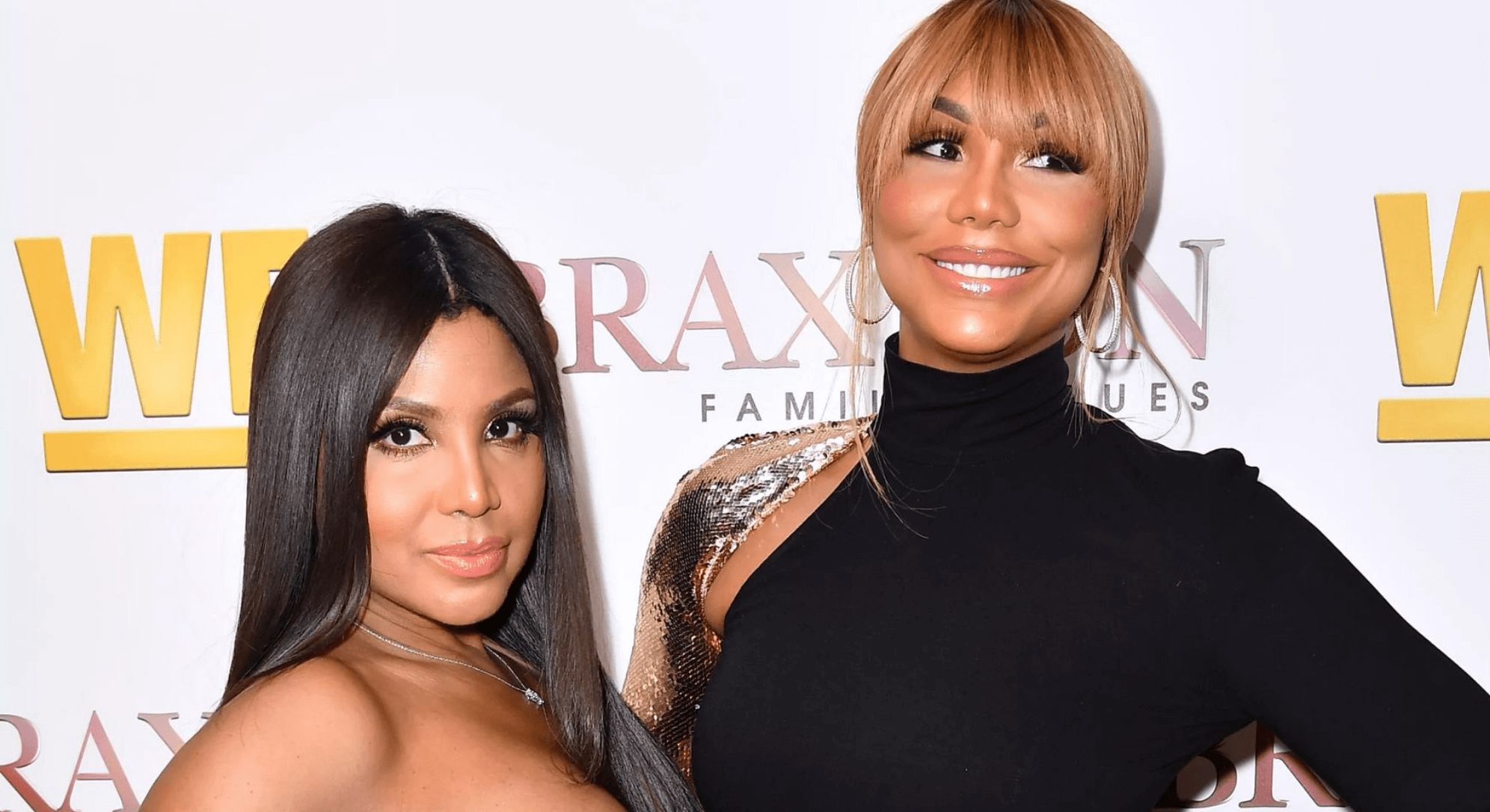 This whole situation between Tamar Braxton and her ex-boyfriend, David Adefeso, seems like it’s getting messier by the day. Now, things have gotten so messy that Tamar’s eldest sister and living legend, Toni Braxton, has jumped into the mix.

The ex-couple were head over heels in love prior to her suicide attempt in July 2020. Following the incident, things grew strange between the two and the Braxton family accused David of taking advantage of Tamar. Domestic violence rumors then swirled, alleging both David and Tamar were abusive to one another. However, they both denied being the aggressor. Soon after, David filed a restraining order against Tamar for domestic violence.

“David, You Weasel…you Ferret. You are beyond contempt. Once again, DO NOT include my children in your SHENANIGANS. Please leave my family ALONE!” 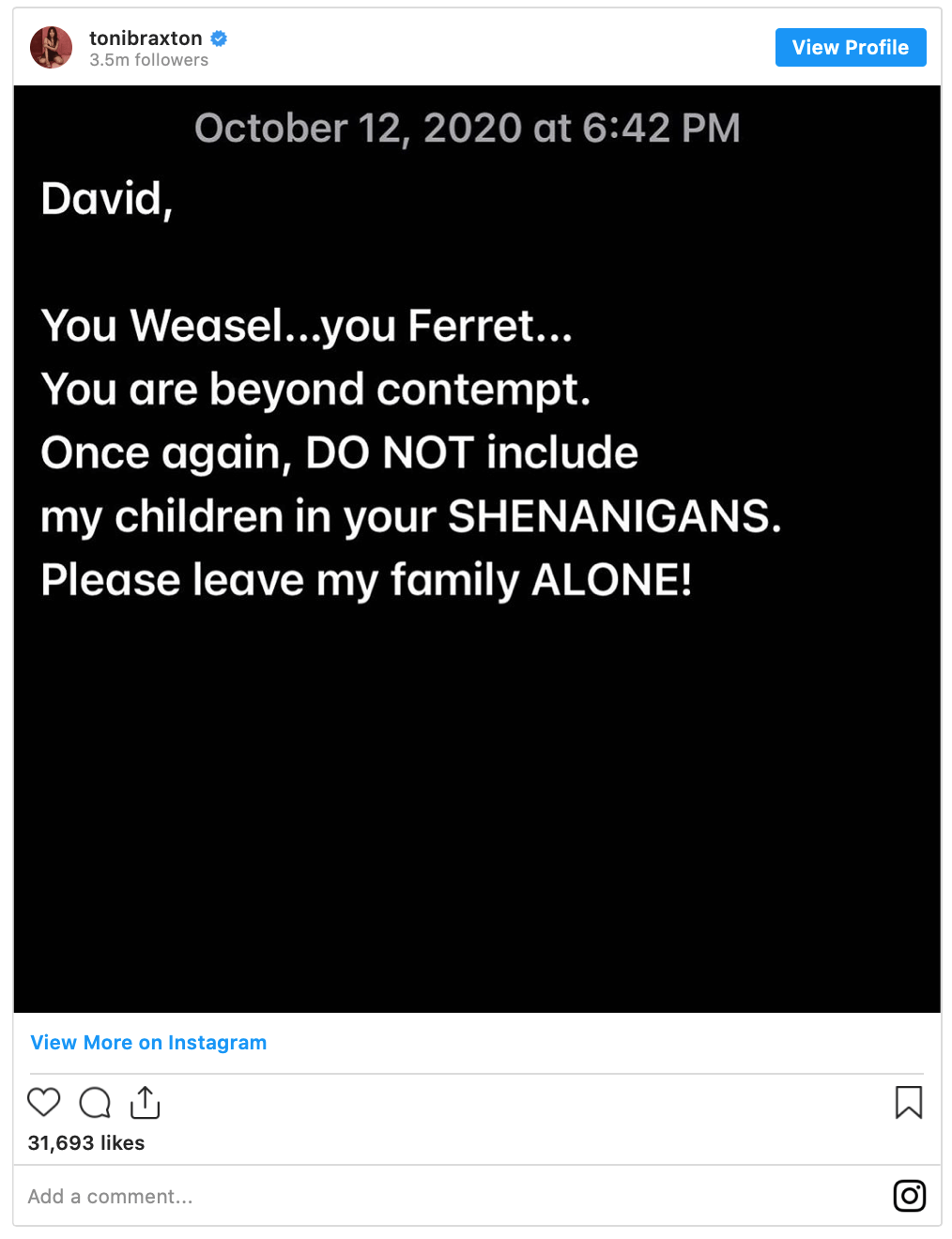 Toni Braxton didn’t elaborate on the reason behind her outburst, but Toni and Tamar Braxton’s sister, Towanda Braxton, chimed in under the 53-year-old singer’s post. “He’s soooooo wack….” she wrote. “Such a loser boy!!”

Now, fans are really confused. But last night, Tamar took to Twitter and tweeted, “Nobody wins when the family feuds,” accompanied with a red brokenhearted emoji. Tamar posted the cryptic tweet about four hours after Toni called David out, confusing fans even more.

“She still considering David family? Amazing,” one fan wrote. “Is she taking up for him?” another fan asked with a side-eye emoji. The posts from both Tamar Braxton and Toni Braxton are confusing AF, but we’re pretty sure more will come from this.