A Bravo executive has come forward, revealing why the production team decided to break the wall during The Real Housewives of Beverly Hills’ 10th season.

Breaking the fourth wall occurs when a character on a TV show directly addresses the show and camera crew in realtime, as said character is being filmed. In other words, Denise Richards’ “Bravo, Bravo, f*cking Bravo” moment.

Erica Forstadt, Vice President, Current Production at Bravo, was brought on Bravo TV’s The Daily Dish podcast to dish on the decision behind shooting this season. “The only way to tell a story is to tell its truth,” Forstadt said. “And I think we had no choice but to break the fourth wall this season with what was happening with Denise and the other women. It was the only way to tell an honest and true narrative.” 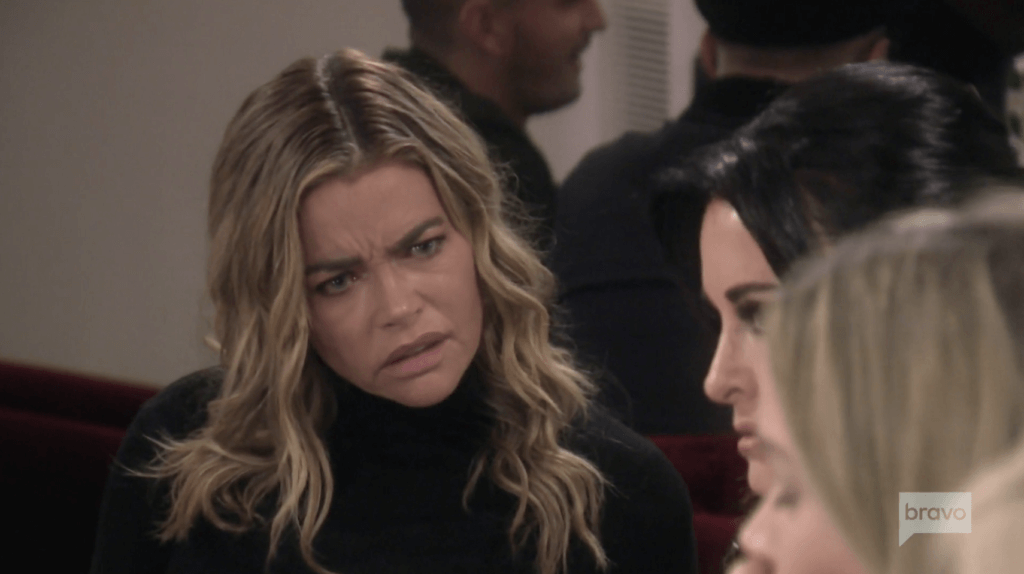 Forstadt said shooting this season the way production did was instrumental in telling the story without confusing fans.

“I think [breaking the fourth wall] is incredibly important. As a fan of the housewives — and I’ve watched so many different seasons of shows — and even Beverly Hills — and this was before I worked on it, there would be times where there’d be conversations between, let’s say Lisa Vanderpump and somebody else. And they were kind of talking in code. As a viewer, I was always trying to figure out what they were talking about, and sometimes I just didn’t understand. If you remember the season where Lisa and Kyle and Rinna… it was the year of Munchausen. ‘You brought me out and you wanted me to say it.’ I remember watching it and saying, ‘But what really happened? Because I don’t really understand what they’re talking about.’ I think it’s still enjoyable, and I still loved watching it as a viewer, but with this season, no way we could tell the story without doing what we did.“

Erica Forstadt also revealed that Brandi Glanville’s confession that she hooked up with Denise was a real moment. Forstadt said it wasn’t until later in the evening after Brandi spilled the tea to Teddi and Kyle that she found out. “The showrunner and I talk all the time,” she said. “So that night I believe he texted me the information and I immediately called him. That was shocking.”