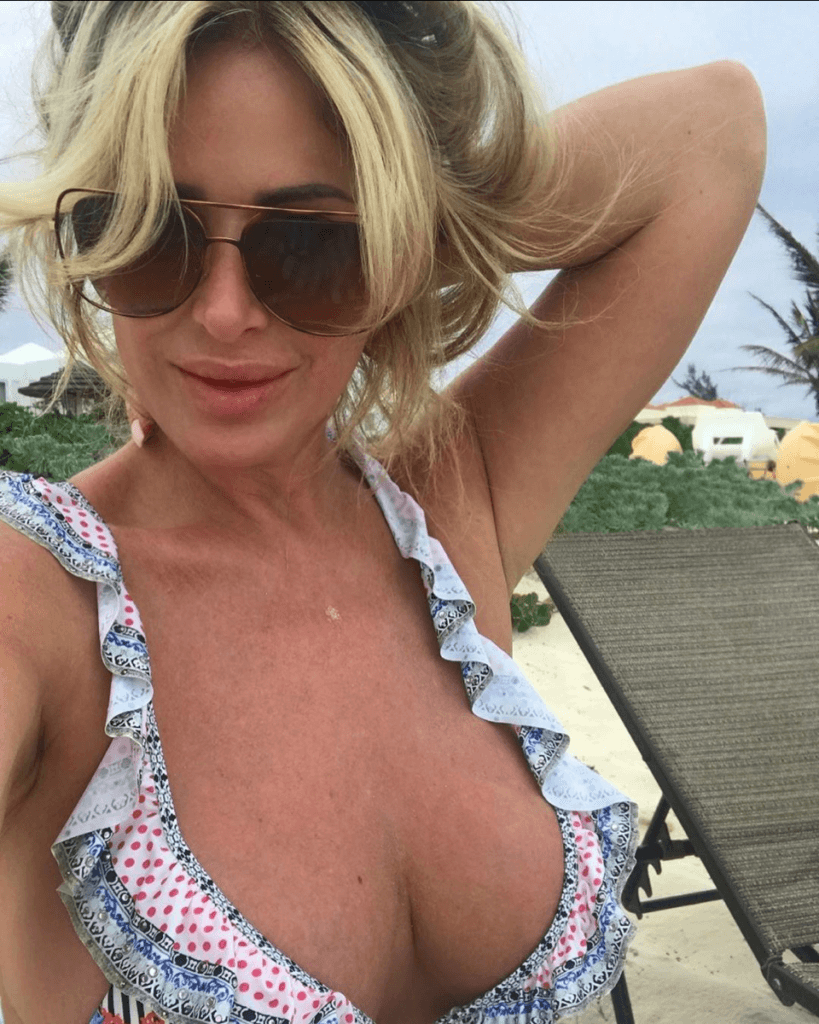 Kim Zolciak had a major wardrobe malfunction over the weekend when the Don’t Be Tardy personality flashed her followers, during a live Instagram Live chat.

The former Real Housewives of Atlanta star accidentally opened her robe while talking to her fans on the social media platform, the busty blonde delivering a shocker to a drop jawed audience.

Kim Zolciak, 42, pleaded innocent, calling the peep show an R-rated accident — but many fans believe that she might have orchestrated the move as a way to get “clout.”

Kim Zolciak was an original cast member on the Real Housewives of Atlanta, which premiered in 2008. She left the series in 2012 after meeting her husband, former NFL player, Kroy Biermann, and scoring a spinoff series, Don’t Be Tardy for the Wedding. The series was renewed with a shortened title, and is currently in its eighth season.