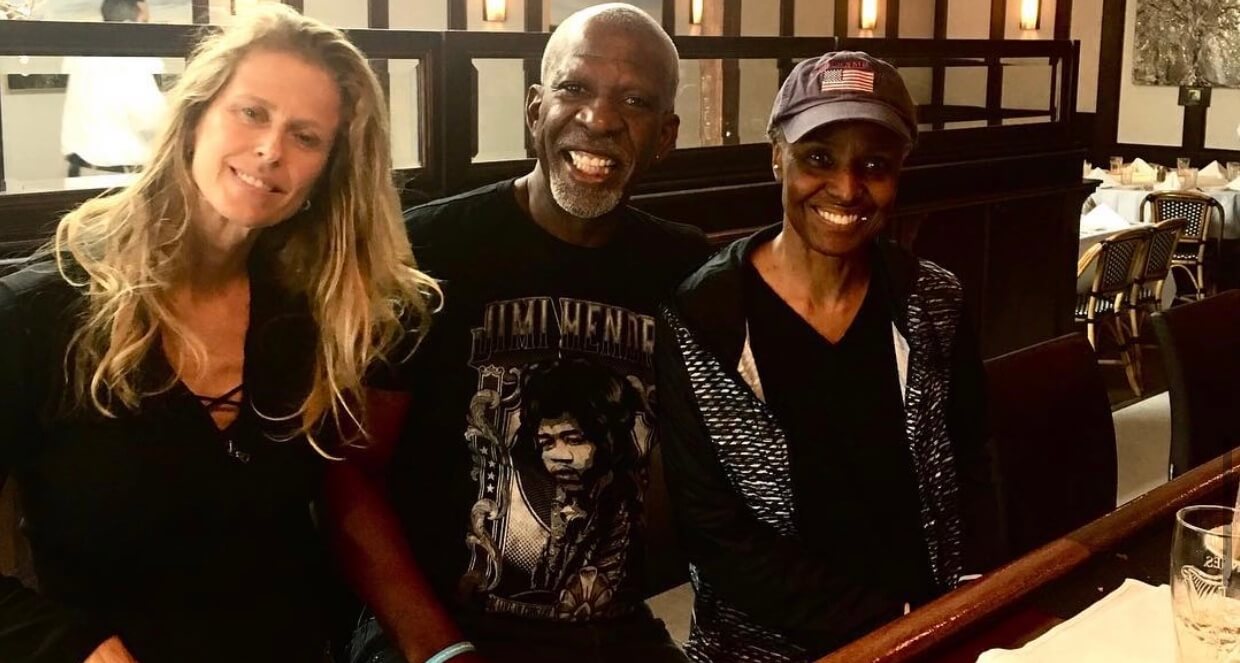 In February 2020, legendary model and lifestyle guru, B. Smith, died of early-onset Alzheimer’s disease. But prior to her death, she made headlines after her husband, Dan Gasby, revealed that he was in a side-relationship with another woman. 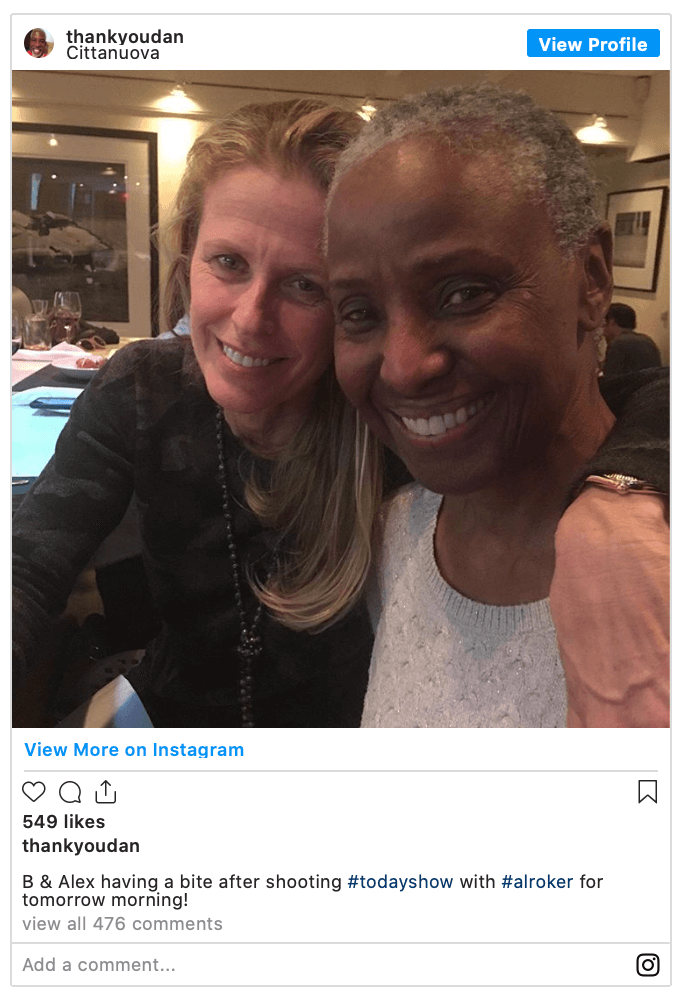 In January 2019, The Washington Post reported that B. Smith’s husband of 28 years announced his controversial relationship via Facebook. According to the outlet, in December 2018, Dan posted a photo of himself with his girlfriend, Alexandra “Alex” Lerner, on the B. Smith Style Facebook page that has over 36,000 fans. “Hate it or love it,” Dan wrote in the caption. “You can debate, but for me, I’m feelin’ great.” He ended the post with, “#whylie,” a hashtag he often used to express living in his truth. 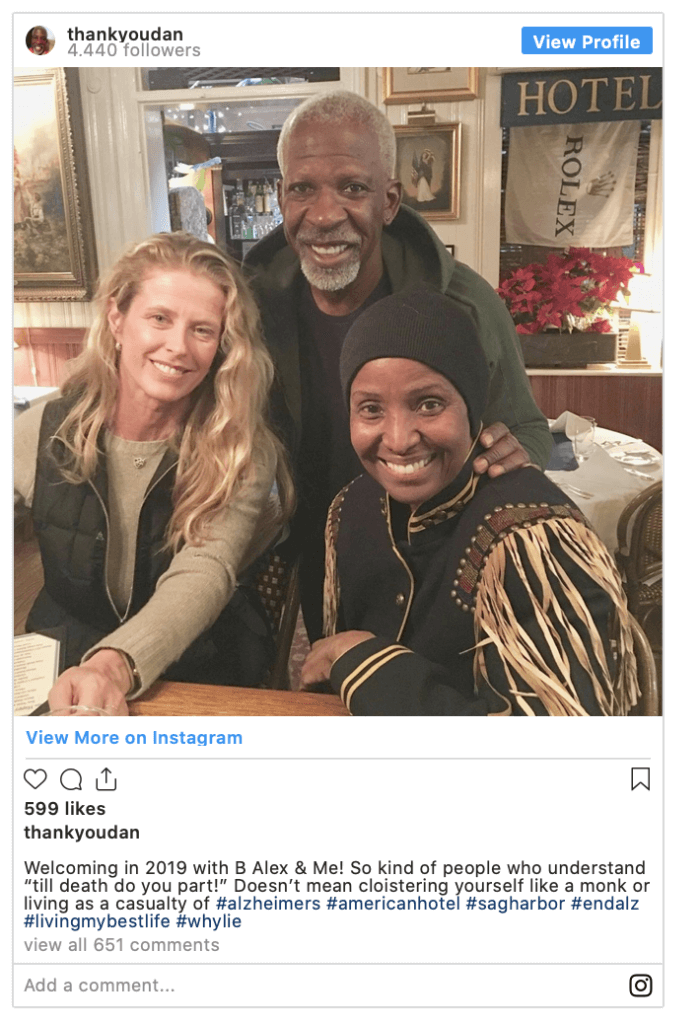 Fans were not feeling it at all and left comments like, “You don’t bring your mistress in the house where your WIFE lives. She’s not dead,” under the post. Dan remained unbothered and unapologetic even after B. Smith‘s death. But months after becoming a widow, Dan and Alex have called it quits. In a sit-down interview with Jean Shafiroff on Successful Philanthropy, the Alzheimer’s caregiver advocate revealed that he and Alex are no longer together. “She took off,” Dan said. “I wish her well. Life has a way of — whatever you deserve, you’ll ultimately get — and that’s fine.” 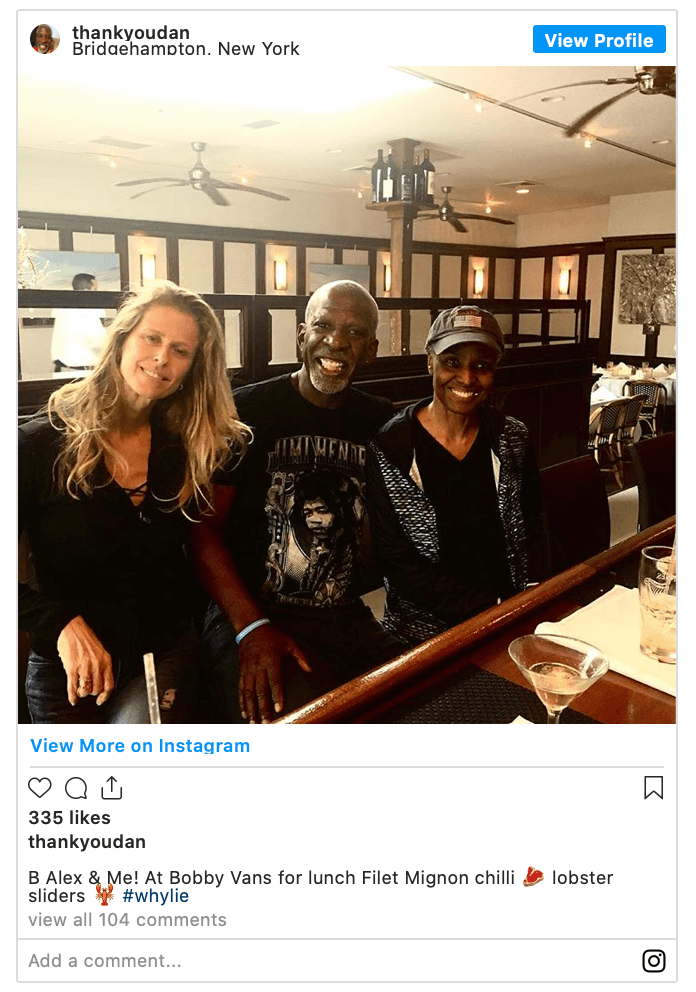 The former HBO executive also took the time to set the record straight about the dynamic between him, Alex, and B. When asked if it was true that he moved Alex into his and B. Smith’s home while B was still alive, he answered, “No. She never lived there.” He further explained:

“That was an angry woman… we had seven bedrooms. There was a room where she could stay and put stuff or if she wanted to bring somebody — kids, or whatever. But the press, and because of the racial situation [she’s white], the press and certain people had a field day with that. My wife dated white men, Asian men. I dated white, Black, whatever. Some people are not comfortable with that… But Alex Lerner never lived at my house. She was there on weekends — twice a month. And I’d go into town and stay at her place on occasion — day or two, whatever. But it was such a hot topic for a lot of people who deal in salaciousness.”

When asked how B. Smith and Alex got along, Dan said that Alex was “very kind to B when she was there,” even when B was angry due to the effects of Alzheimer’s.