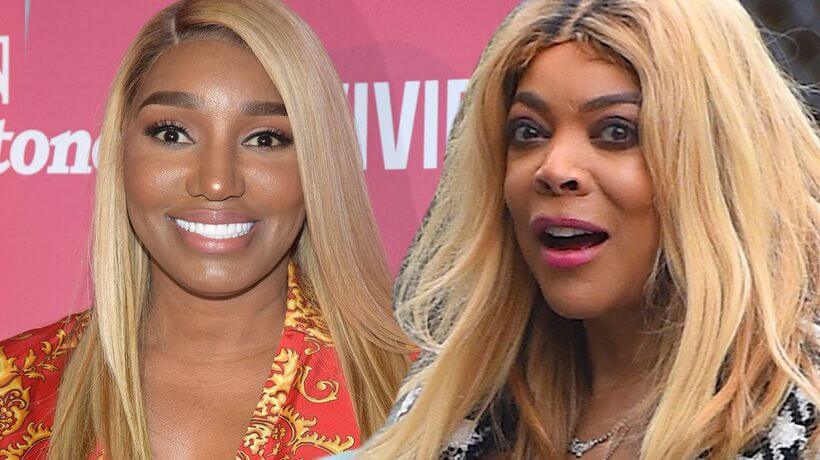 NeNe Leakes’ friendship with Wendy Williams is over.

The Real Housewives of Atlanta alum uploaded a video to YouTube on Tuesday, to address her RHOA exit and her contentious relationship with Bravo bigwig, Andy Cohen.

NeNe Leakes clarified that leaving RHOA was “not an easy decision” but the right one for this phase of her life. She then shared that she does not consider Wendy to be a friend, after the talk show host’s Watch What Happens Live appearance.

NeNe Leakes explained that she took issue with Wendy Williams’ commentary about her decision to leave the franchise on her own show, and it appears that Wendy’s recent discussion with Andy Cohen was the last straw.

″She does Andy Cohen’s show and here she sits speaking negatively of my exit and bringing my family into the equation,″ she said. ″Now that’s what you not gonna do, Wendy.″

NeNe Leakes claimed that she had been “forced out of the franchise,” and wanted  to be left alone.

″So since I have been forced out of the franchise, then leave my name alone. Let me sit over here and heal in peace, okay?″ she said. ″Leave me alone.”

NeNe Leakes told Cohen that if he didn’t have “anything positive to say,” he should leave her name out of his narrative.

“You didn’t want me here. You’ve been forcing me out for the last four years,” she said. “There’s no reason why you need to keep bringing me up and talking so negatively of me.”

“You guys have been sitting here poking the bear over and over again,” NeNe said of Wendy and Cohen.

So why was NeNe triggered? Wendy appeared on WWHL earlier this week, and hinted that she doesn’t believe that NeNe’s decision was a serious move.

″NeNe is my friend, and I know her as Linnethia, I don’t know her as this person on reality TV, just what I watch,″ Wendy told Cohen, adding, ″I believe that this is not a truth.″

″NeNe has quit the show several times and you’ll have her back,″ she added. ″NeNe likes attention, dramatic attention. I don’t know what NeNe’s going to be doing for money, I’m not trying to count coins, but the Housewives is that one thing that all the girls use to promote their other stuff.”

Wendy Williams also shaded any potential spinoff that might be in NeNe’s future.

NeNe Leakes clapped back on Twitter, after Wendy Williams’ appearance.

″Both are f their ratings are LOW! Bye QUEENS,” the reality star tweeted, adding in a second tweet— ″I will ALWAYS eat and eat good! Believe that. I have ALWAYS believed in multiple streams of income so the leakes are good you ole cocaine head and you ole racist. No one knew you until YOU knew me. Remember I’m ICON. Don’t forget.″

″The racist is the master manipulator! They using me for ratings like they have always done,” NeNe wrote in another tweet, seemingly taking aim at Cohen.

NeNe Leakes explained the reason behind her exit in an earlier tweet.

″We strictly talking the OG’s. I was the ONLY BLACK OG. My white counter parts were elevated and given full season episodes EVERY season. Each season i was given less & less. Don’t ask me, @ Andy and @ Bravo and ask them why,″ she tweeted.