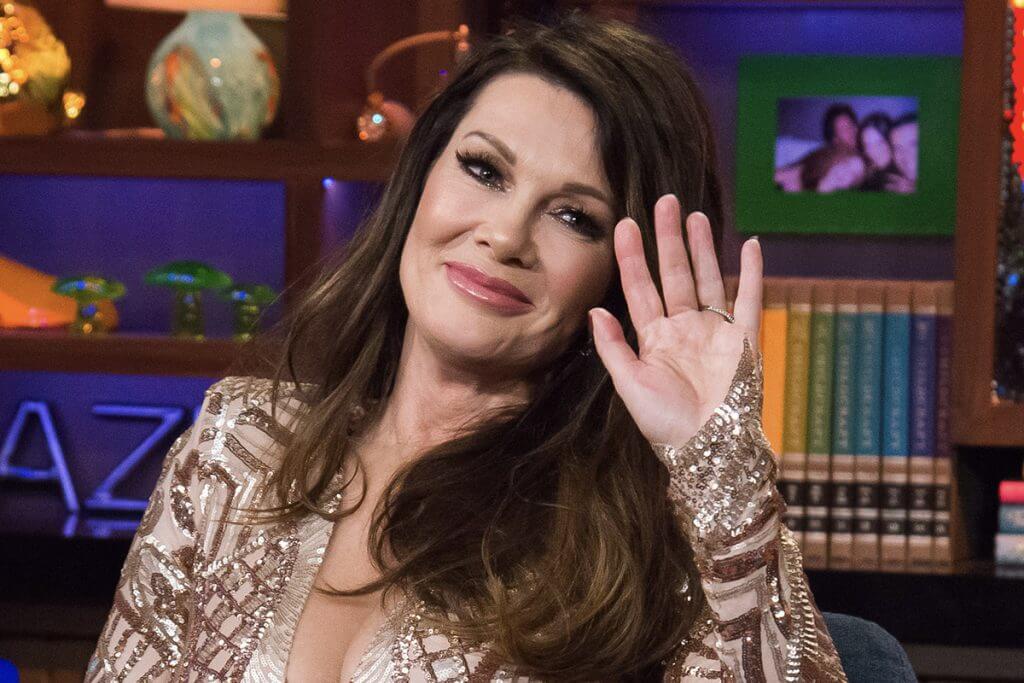 Lisa Vanderpump has reacted to Teddi Mellencamp’s departure from the Real Housewives of Beverly Hills and addressed her starvation diet scam.

“People said because she was boring. I certainly didn’t have a good experience with her, so boring would be one of the nicer things that I could say,” Lisa, 60, snarked on her “All Things Vanderpump” podcast, on Tuesday.

“I don’t want to bore you but I figured I got to give you a little update on what’s going on,” Teddi told her followers. “I could give you the standard response of ‘Oh, we both came to the decision that it would be best…’ Nah, I’m not gonna do that. That’s not who I am.”

Lisa Vanderpump also addressed the controversy surrounding Teddi’s accountability program. Some of Teddi’s “All In” clients have reported that the pricey program demands extreme diet restrictions.

Teddi responded to the allegations earlier this month on her own podcast, “Teddi Tea Pod.”

“We would never encourage anyone to starve,” she said. “Every person has different needs, different goals, and we focus on clean eating.”

Kyle Richards penned a heartfelt message to her Bravo bestie on Instagram after Teddi confirmed her exit.

“To my friend @teddimellencamp who I love & adore,” Kyle captioned a throwback snap. “I am so grateful for #RHOBH for bringing you into my life. You are an amazing Mom, wife, sister, daughter & friend. You work so hard, always giving it your all . You are so smart, kind , thoughtful, funny & real. I look forward to witnessing what the universe has in store for you next. I know it’s going to be amazing. You deserve it all. Cheers.” 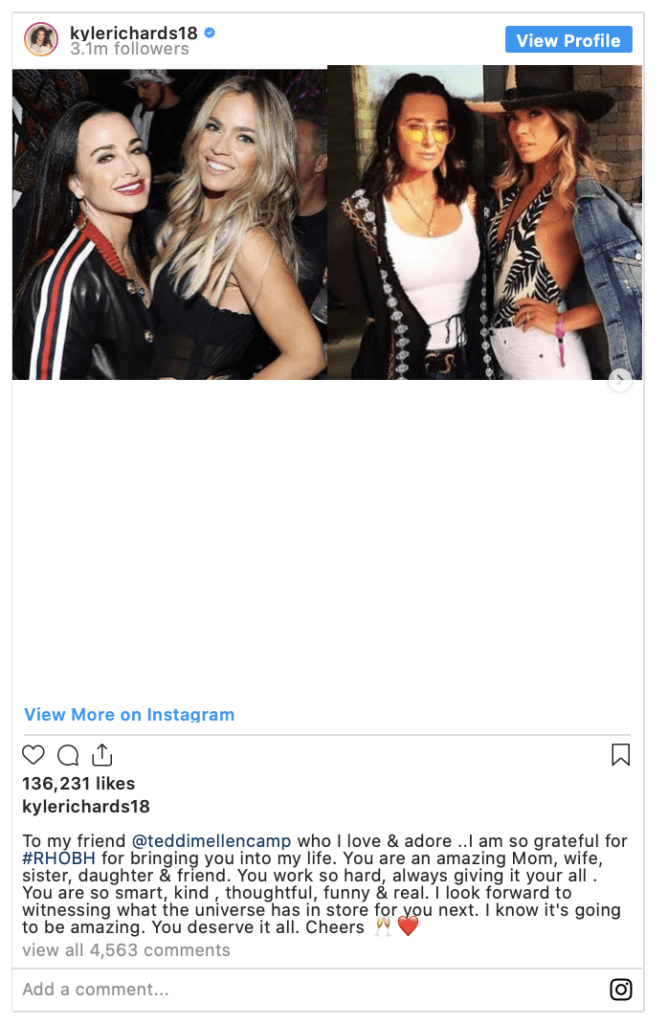 “For pete’s sake, I was about to fall asleep and then got this tag and had a little tear,” Teddi said in response to Kyle’s post. “I love you friend and can’t wait for many more years of laughter and trouble together.”

Teddi joined the cast in Season 8 and initially bonded with Lisa. Their friendship hit the skids after Teddi accused Lisa of manipulating her into bringing up Dorit Kemsley’s doggie drama on camera.

On Wednesday, Andy Cohen shut down speculation that Teddi was fired because of the controversy surrounding her “All In” program.

“People are speculating that the online chatter about her business led to her dismissal. I just want to say, because I think it’s important, that one had absolutely nothing to do with the other,” he said on SiriusXM’s Andy Cohen Live on September 23. “I actually would have liked to see her respond to her critics on the show.”

A Twitter meme which read, “Kyle holding auditions to cast a new puppet to be her BFF for RHOBH S11 after getting the news that Teddi got axed” got Lisa’s attention the day after her podcast episode. The SUR owner  responded to the snarky post with a laughing emoji.