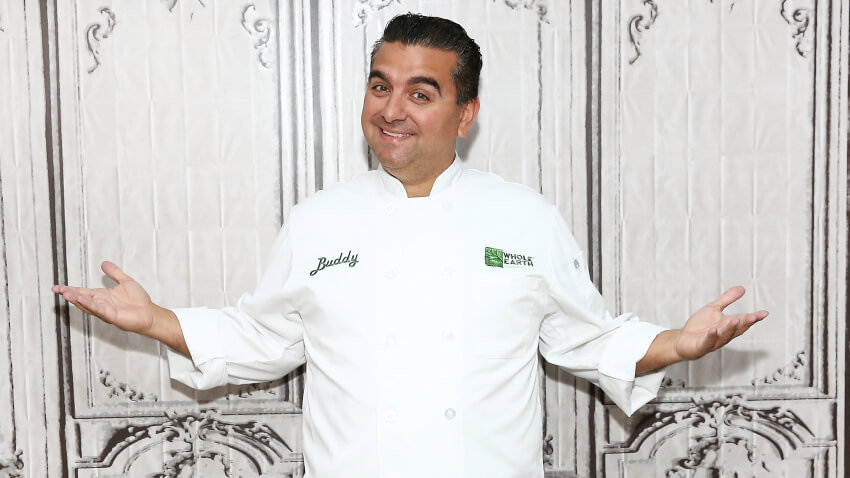 The former Cake Boss personality’s hand was impaled after becoming stuck in a bowling pinsetter, according to a report by Fox News. Buddy underwent surgery earlier this week. A routine fix turned disastrous after a malfunction with the pinsetter caused Buddy’s hand to become stuck and compressed inside the machine.

“Unable to remove his hand, he can see a 1 1/2 inch metal rod slowly and repeatedly impale his hand three times between his ring finger and middle finger,” Buddy’s spokesperson said.

Buddy’s son was eventually able free him from the machine by cutting through the rod with a reciprocating saw. Buddy’s rep told the outlet that his hand was trapped in the mechanism for more than five minutes. Buddy was rushed to Morristown Memorial in New Jersey where the rod was surgically removed and the wound was treated. A second emergency surgery was performed by renowned Orthopedic Surgeon at Hospital for Special Surgery in Manhattan, Dr. Michelle Carlson.

Buddy shared a post-op pic on Instagram writing, “I was involved in a terrible accident a few days ago,” he wrote. “What do you think of my new accessory?” 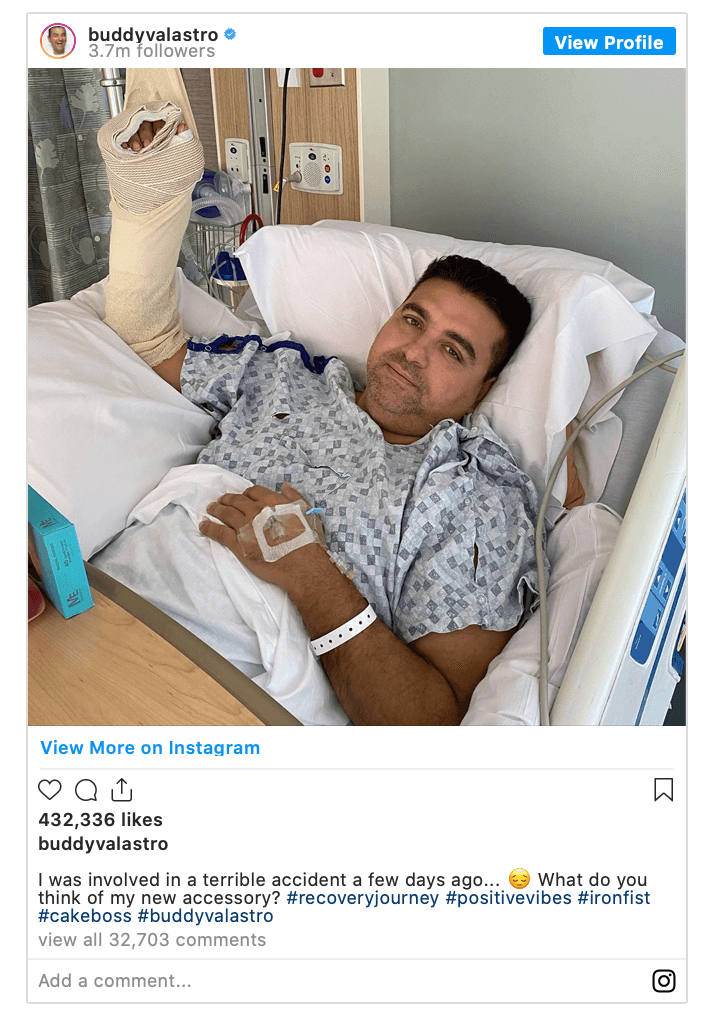 The injury was to Buddy’s dominant right hand, and the Food Network star will need extended recovery and therapy.

Cake Boss premiered in 2009. The reality show followed Buddy, family members and staff as they brainstormed and created over-the-top custom cakes. Carlos Bake Shop has been a Hoboken, New Jersey fixture since 1910.