Ashley Darby learned the truth about Michael Darby’s boozy night out on Sunday’s episode of the Real Housewives of Potomac, after received text messages launched another round of rumors about her husband.

A friend of Candiace Dillard tattled on Michael, and Ashley shared what happened after she confronted her husband about an article that contained allegedly incriminating photos.

“I called my husband, and I said, ‘Get your ass home right now.’ He walks through the door, sits down on the couch, and he tells me what happened,” Ashley recalled during the episode. “I was very, very, very upset, and I realized that I don’t want to be yelling with the baby being in the house. So that’s why I wanted to sit down with him and really talk about it.”

Ashley Darby revealed that Michael told her that he and a group of guys were chatting with some women at a strip club then later at a casino. One woman invited Michael to a hotel.

“Michael said, ‘I was so drunk, I fell asleep, and when I woke up, she was laying in the bed next to me,'” Ashley said. “Then when Michael gets out of bed to check the time, she snapped a picture of him from behind at the dresser and gave it to a blog.”

“I should have told you. I’m sorry I didn’t tell you,” Michael told Ashley during an exchange featured in Sunday’s episode. “I worry what comes out without us discussing it, so I wanted to wait until you were back and talk about it.”

Ashley Darby reminded Michael that he wasn’t thinking about how his actions would affect his family.

“You did not think anything about me. I was so far from your mind in that moment. So far. And so was Dean,” she said. “You weren’t even considering either of us.”

Michael Darby admitted that he had been “inconsiderate” but added that he felt that the couple had “lost their intimacy.”

Ashley told Michael that a repeat of such behavior would be a marriage game-changer.

“We’re not gonna stay together just for Dean,” Ashley told her husband. “If I find out anything else, it will be catastrophic for our relationship.”

Ashley responded to her mother’s frustration over Michael’s lapse of judgement, later in the episode.

“Make sure this man knows there are consequences when you make these kind of mistakes,” Sheila told Ashley.

Ashley assured her mom that “this is one, two, and three strikes in one.”

“I’m not afraid to leave Michael. I want you to know that,” Ashley declared. “I’ve left him before.”

Ashley later addressed the rumors about her husband with the cast, hinting that her marriage is not a conventional one.

“The reality is my marriage has had its own identity, we’ll say,” Ashley said. “Michael and I have been in situations where we’ve been with other people before.”

Ashley Darby confirmed that she and Michael are currently in a monogamous relationship.

“I don’t want anything with anybody else,” she said.

Ashley Darby and Michael appear to be on solid ground in real time, announcing earlier this month that they’re expecting a second child, in February.

Twitter chimed in on the couple’s entangled relationship and they majority believe Michael has a boyfriend on the side. 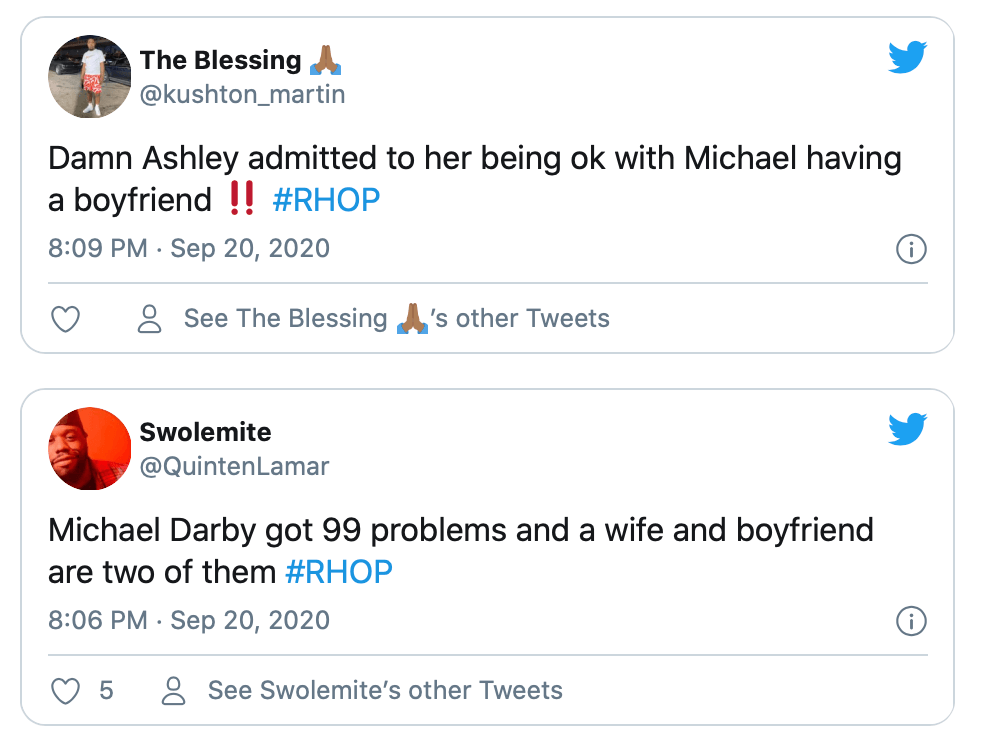 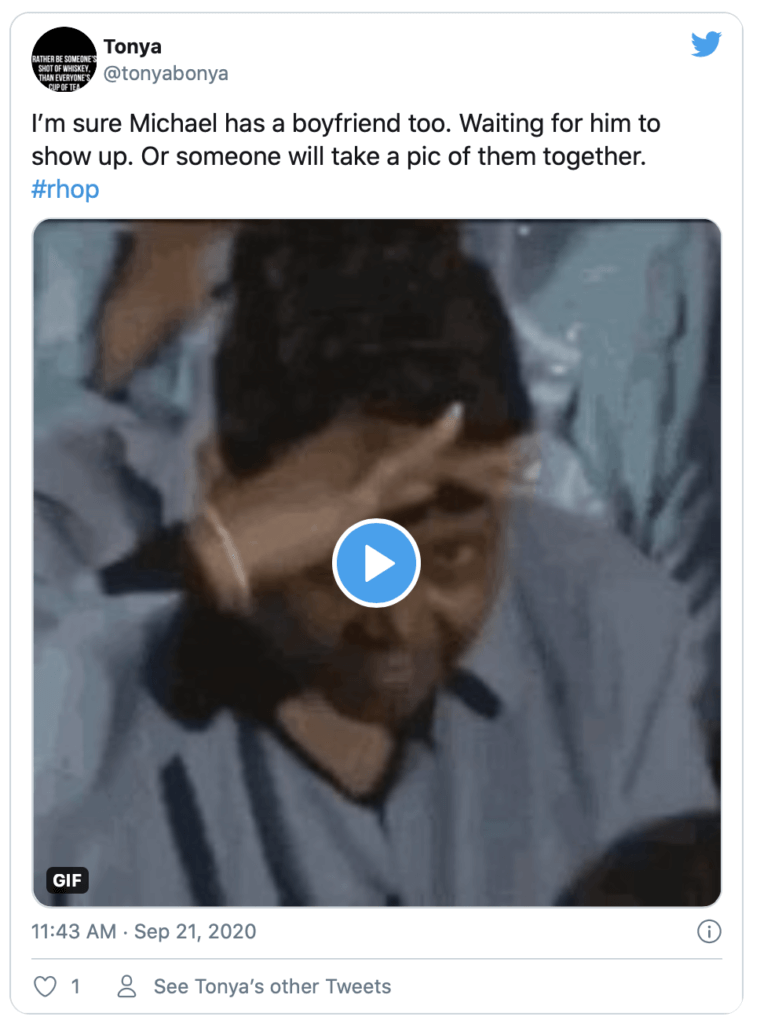 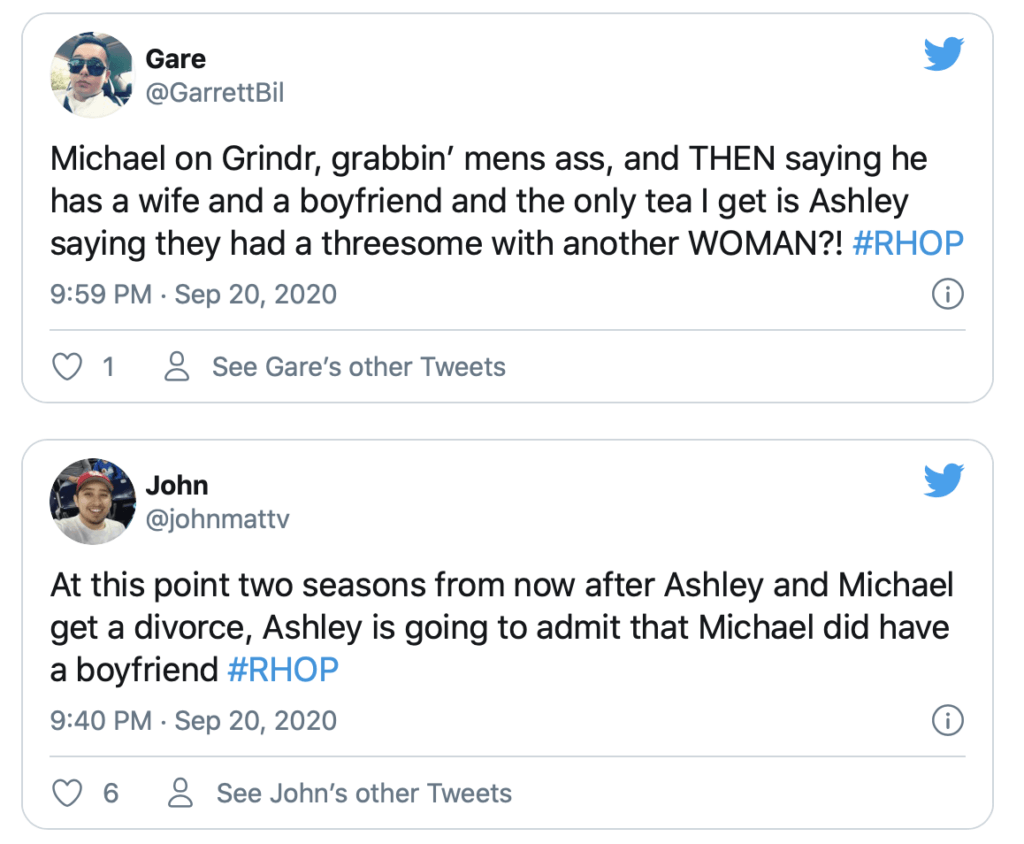 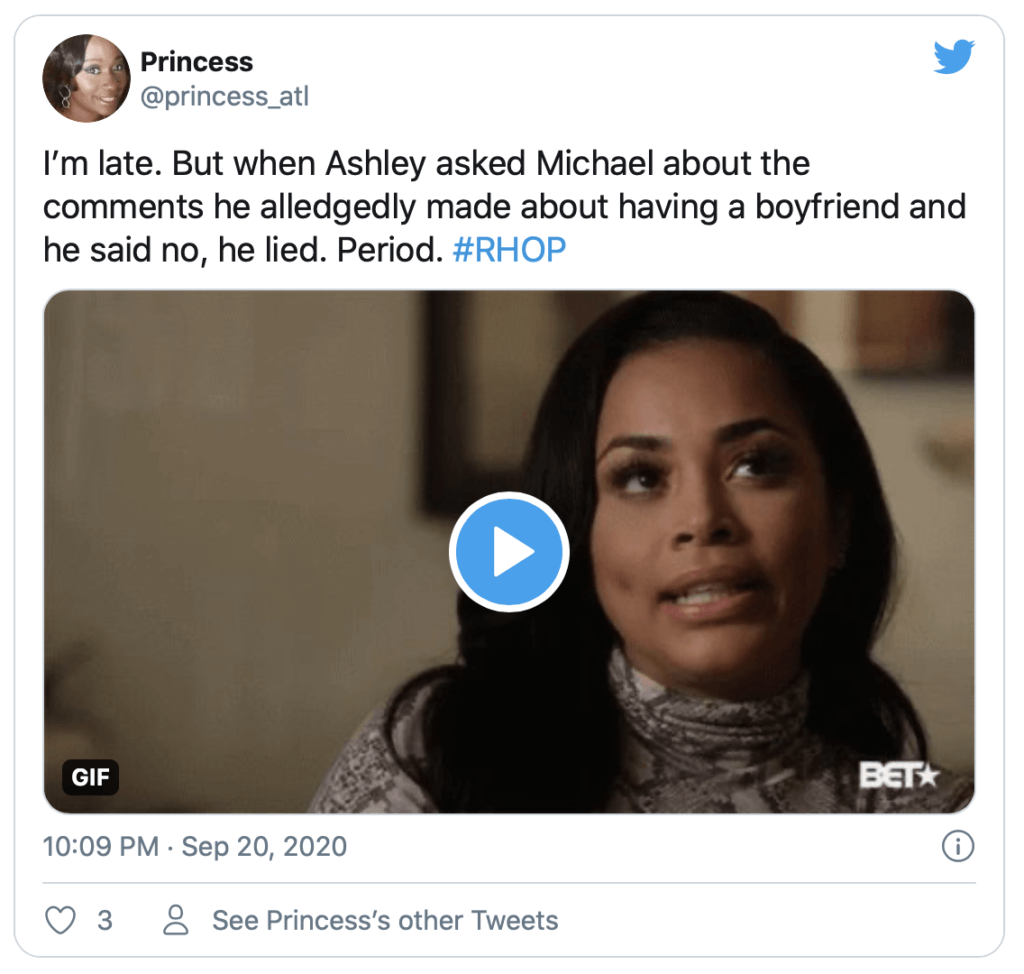