“Hi everyone, I am here with Eric Nichols [right now], @LarissaLimaReal just got arrested by ICE when she was about to leave their house and move to Colorado. We have no clue why. I want to let her family, fans and friends know that we are going there right now and as soon, as I have more info I will keep you guys posted. Send prayers.” 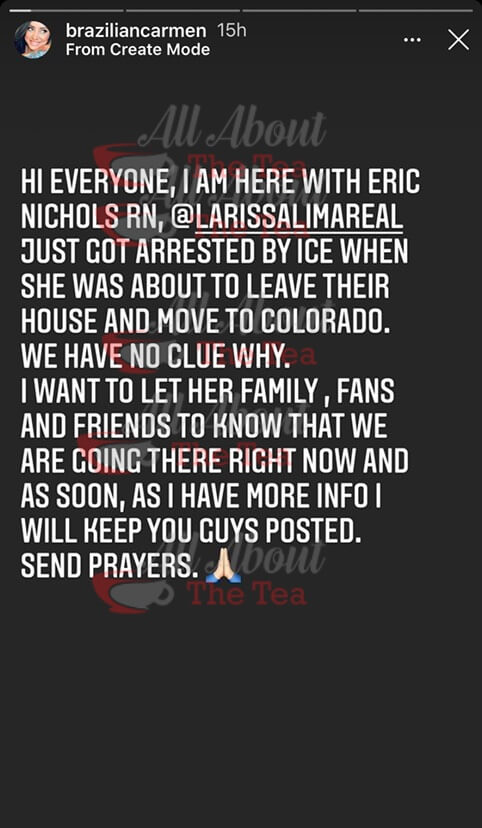 The arrest took place on Saturday morning while Larissa Dos Santos Lima and her boyfriend, Eric Nichols, were in the process of packing up his Vegas home into a U-Haul when ICE officers swooped in and took the TLC star into custody.

Eric Nichols sold his Vegas home on September 17 for $237,000 and the couple purchased a home in Colorado and have documented their real estate journey on social media. Eric Nichols posted on Instagram that he had “just closed” and finalized the sale of his home in Las Vegas just a day prior to Larissa’s arrest. 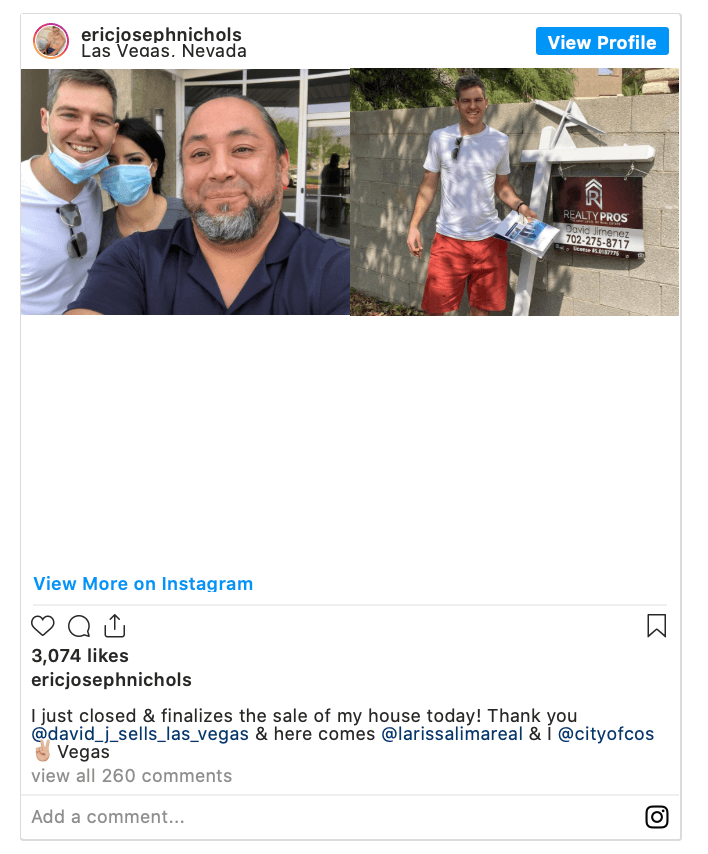 The reason for Larissa’s arrest has been documented as ICE checking on her immigration status. Currently, Larissa’s immigration position is in limbo as she awaits a decision from the US Immigration court on the status of her green card after her divorce from Colt Johnson.

Larissa was held in ICE custody for 7 hours before she was released and subsequently shared a video on Instagram, thanking fans for their concern. “Hi everyone, I’m out,” she said in the clip, adding that the people at ICE were “very nice” and she was “good to go.” Press play below to watch.

Larissa Dos Santos Lima’s arrest by ICE was not coincidental — a ROCK solid source told AllAboutTheTea.com exclusively that the reality diva was set up by someone very close to her.

Press play below to watch AllAboutTheTea.com spill the tea on YouTube.

Larissa was arrested twice in 2018 for domestic battery. Charges were dismissed after her first arrest and she was not charged over the second incident.

During the June 6th episode of 90 Day Fiance, viewers watched Larissa Dos Santos Lima express fears over being deported after a nasty breakup with ex-husband, Colt Johnson. The Brazilian native shared that her chances of being deported from the US were high.

90 Day Fiance: Happily Ever After airs Sunday nights, at 8pm EST, on TLC.