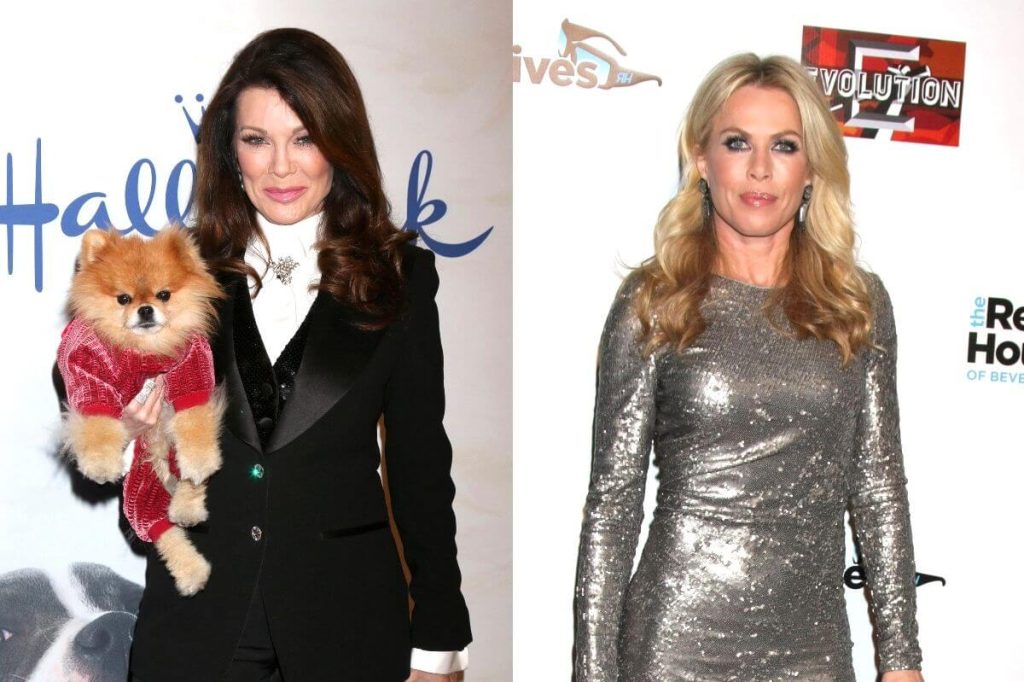 Lisa Vanderpump fired back at Kathryn Edwards for accusing her of faking drama and quitting the Real Housewives of Beverly Hills because she couldn’t control the storylines.

As reported, Kathryn Edwards, 55, said that Lisa, 59, left the show because she wanted to have control over certain things, but producers turned her down.

On September 14, Lisa Vanderpump took to Twitter to clap back at Kathryn Edwards — who appeared on the show’s 6th season.

In a tweet responding to fans who were defending Lisa, Kathryn said, “you are too emotionally involved and you need to get a life.”

Lisa Vanderpump, who was also tagged in the discussion, followed up with a clack back directed at the actress.

“They aren’t the ones doing podcasts darling about a show 4 years ago, and denigrating me and it. Have a goodnight.”

“Didn’t denigrate you, I’m sure you didn’t listen to it. I wish you and Ken nothing but the best. Hope you guys are well,” Kathryn replied.

Lisa Vanderpump went on to mention that she had supported Kathryn and her husband, Donnie Edwards but LVP claimed that they didn’t return the favor.

“Anyway I was very good to you and your husband I drove [seven] hours there and back, presented, and donated a dinner that went for 40k, gave up another evening and hosted the dinner in person, you couldn’t even show up for mine lol,” Lisa shared.

“Lisa, I’m not getting into a ‘Twitter feud’ with you,” Kathryn fired back. “If you ever want to talk about what happened, I’m more than happy to. I’ve always enjoyed you & think well of you but I’m not going to go tit for tat here, it’s not my style.”

To which Lisa Vanderpump responded, “Ha, I think it was you who started this nonsense, I’ve never even mentioned you…not my style. Just responding and defending myself from your remarks.” 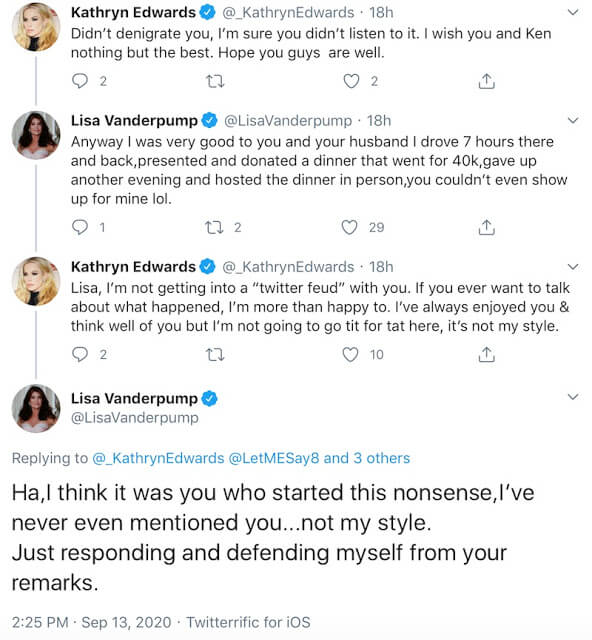 Lisa Vanderpump continued, “You saying, things you know nothing about…I wasn’t asking for things or controlling the show.”

“If I ‘produced’ story lines I wouldn’t have been accused of crap so many times, and yes I heard some of it thanks. Best not to comment publicly on things you know nothing about, I’m a bit put off now, not commenting any further,” Lisa Vanderpump tweeted. 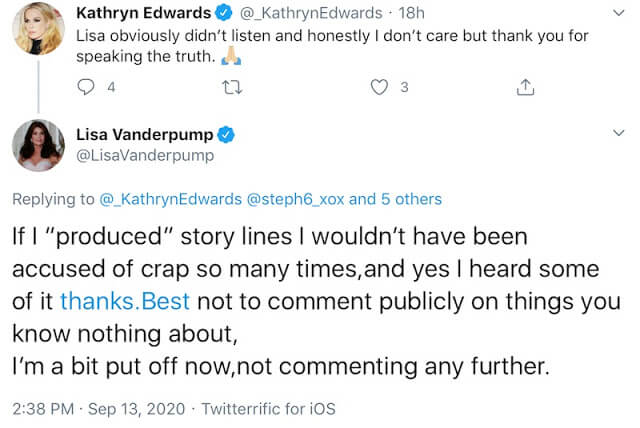