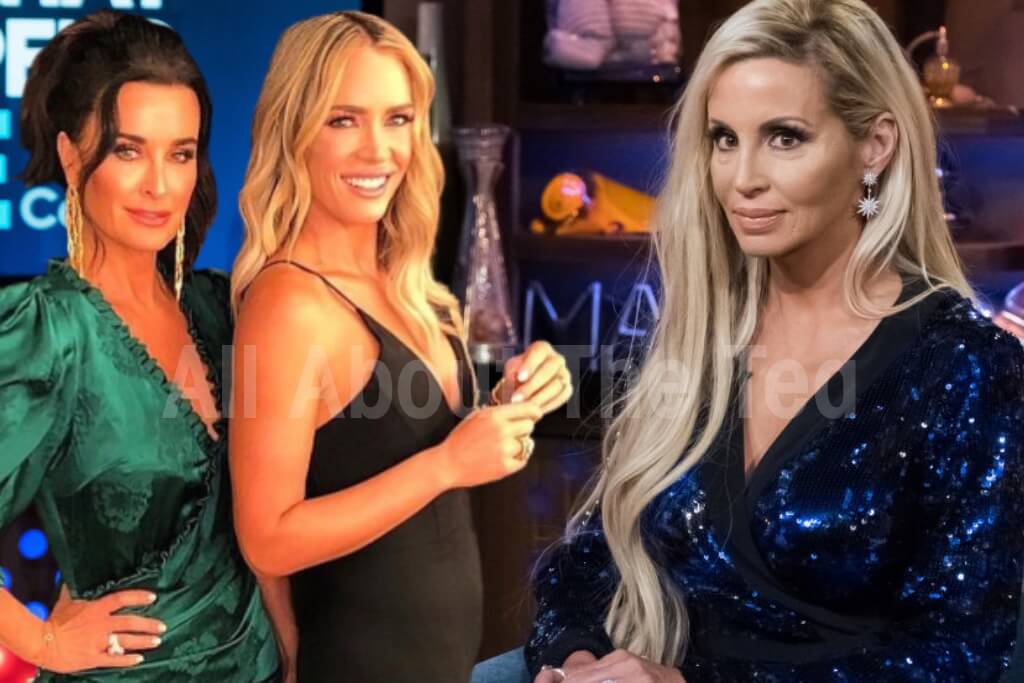 Camille Grammer loves to tell it like it is — and while the Real Housewives of Beverly Hills alum only briefly appeared in Season 10 — that didn’t stop her from sparring  with Kyle Richards on social media.

The Twitter beef kicked off on Tuesday, the day before the reunion series wrapped.

“@BravoTV @Andy your girl Teddi is getting exposed on Instagram for her scam starvation company. Having women starve themselves by eating 500 calories a day is unethical. If she needs a storyline next season, holding her accountable for this is a good option. #RHOBH,” @Housewiveslie tweeted at Bravo bigwig, Andy Cohen.

Camille Grammer hopped into the “ALL IN” controversy, tweeting “It’s suspect.” 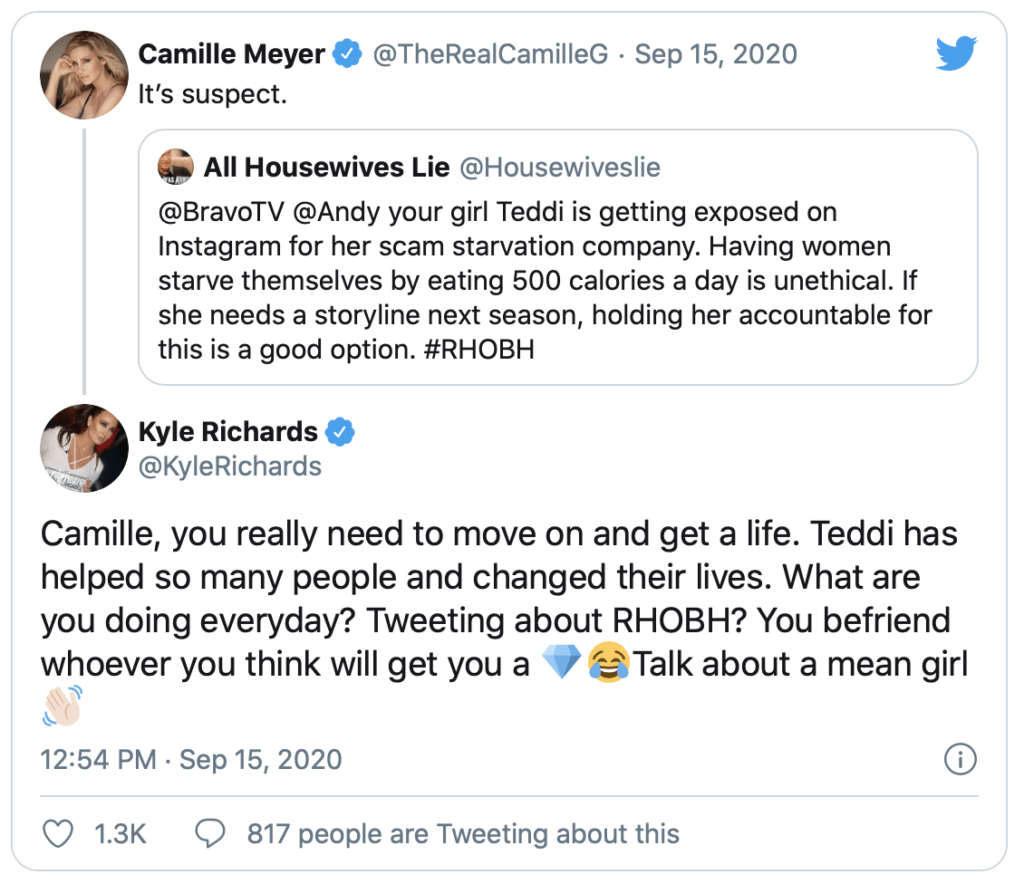 Kyle Richards fired back, accusing Camille of creating drama to win back a spot on the RHOBH cast. 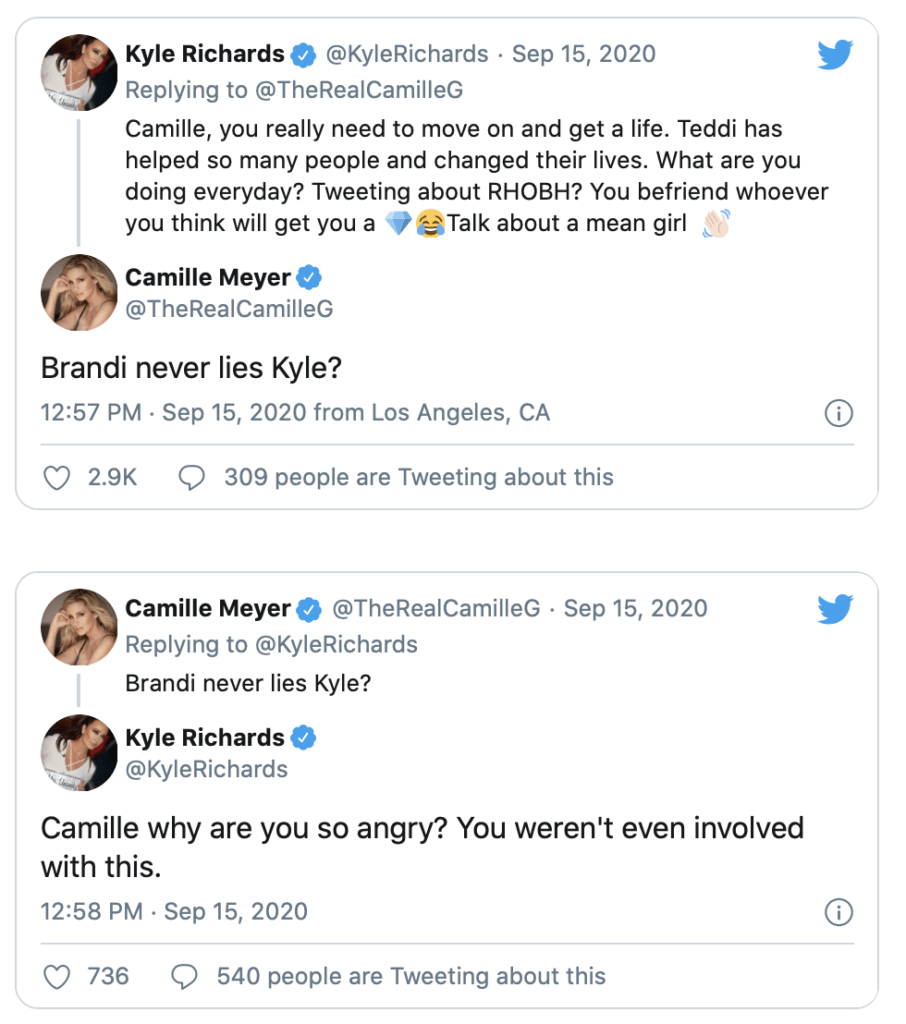 Camille Grammer clapped back, producing text evidence supporting her claim that she had made the decision to exit the show and had turned down an opportunity to film with Kyle. 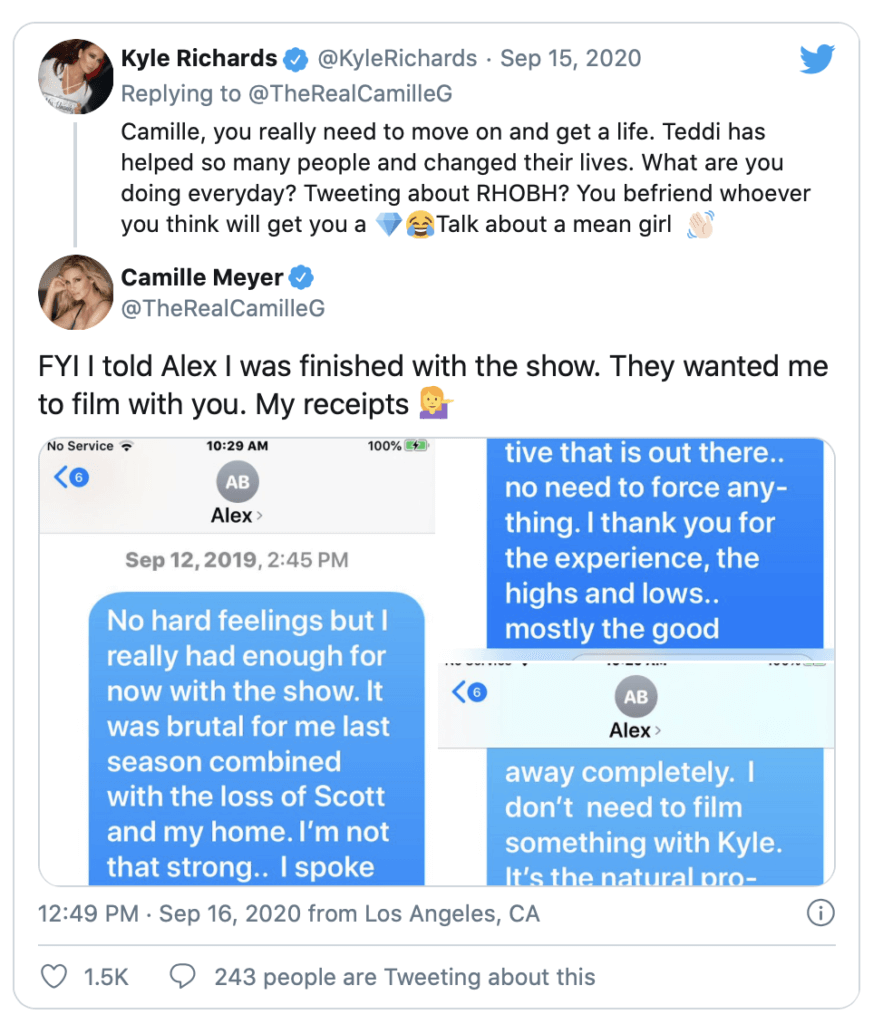 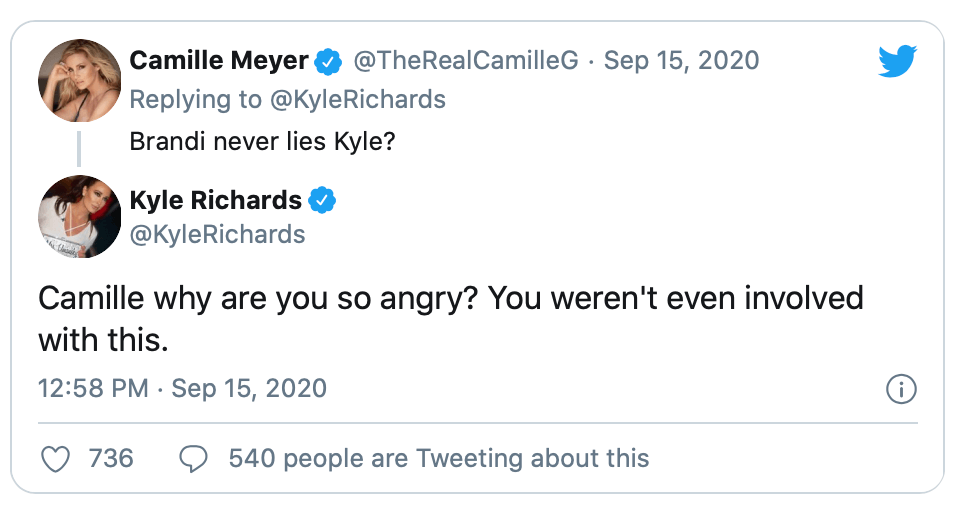 When a couple of fans requested that the duo take their Twitter venom into Season 11, Kyle remarked that Camille had been officially cut from the narrative. 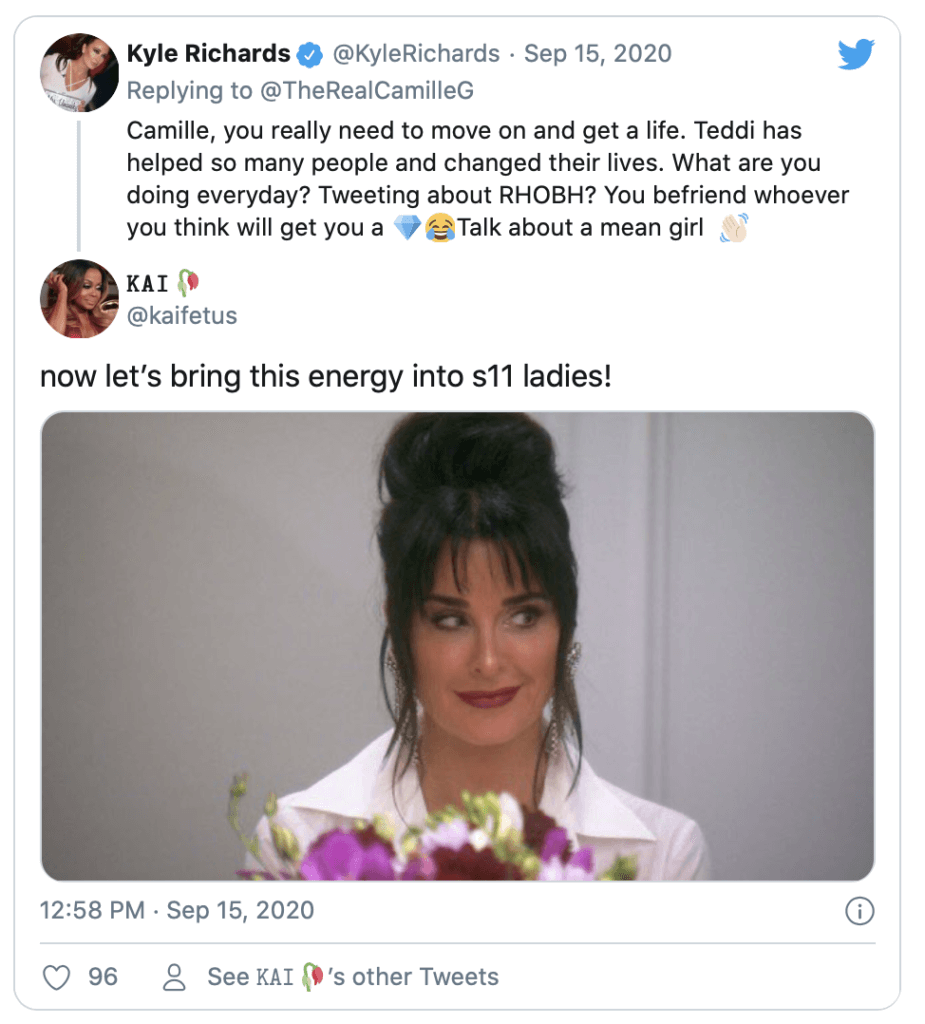 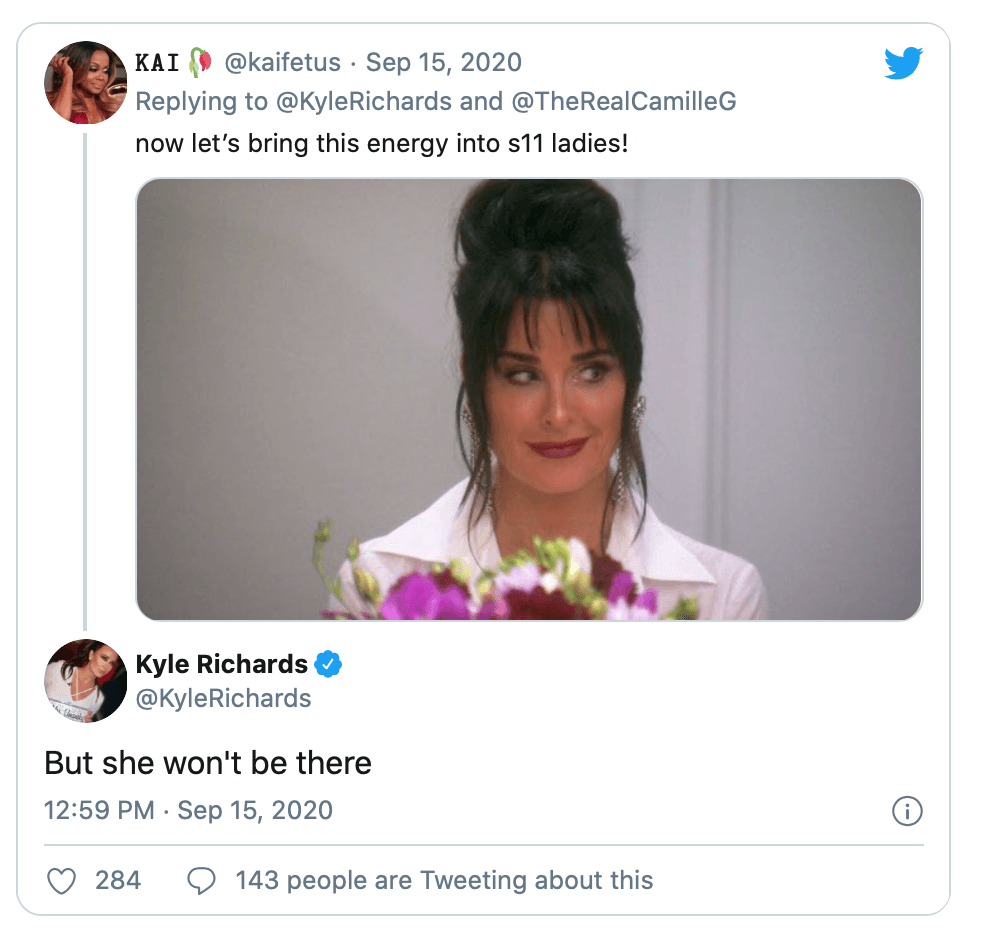 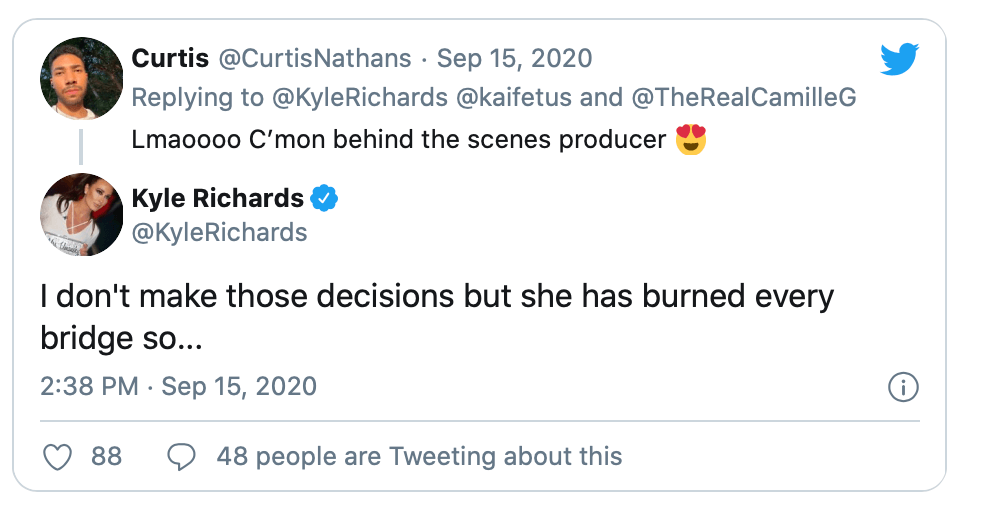