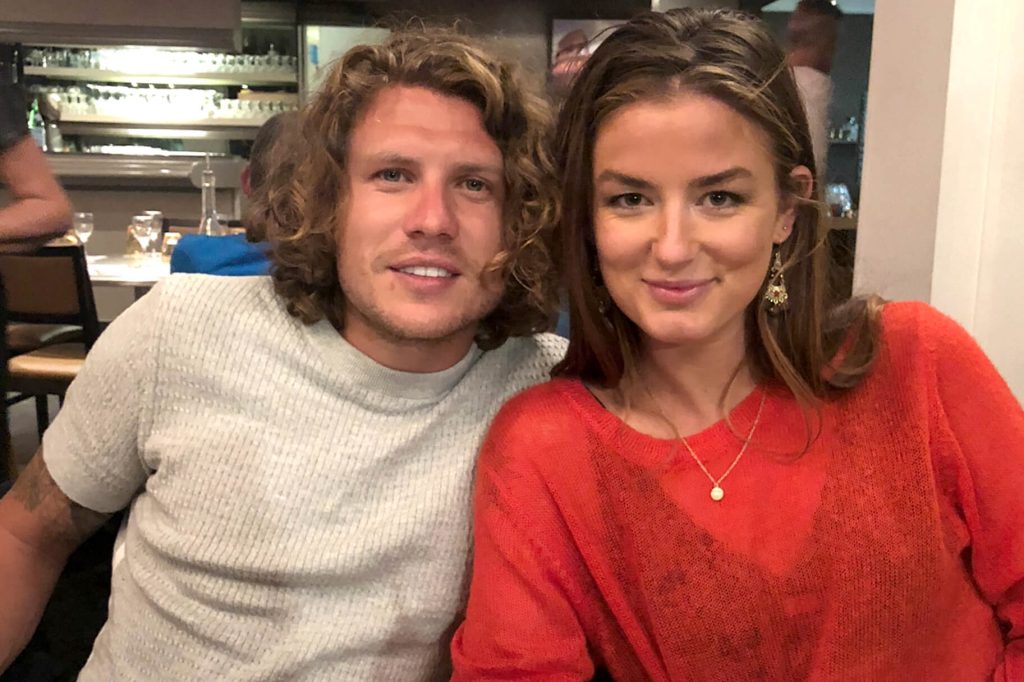 Aesha Scott has traded a career at sea for a landlocked Rocky Mountain  romance with her new beau.

The Below Deck Mediterranean stewardess excels in yachting but recently shifted gears, as she approached her 30th birthday.

“We actually went to high school together,” she said, “so, yeah, we had a little, a little crush on each other in high school but my older brother was in his year, so I was off limits to every man in the bloody school.” 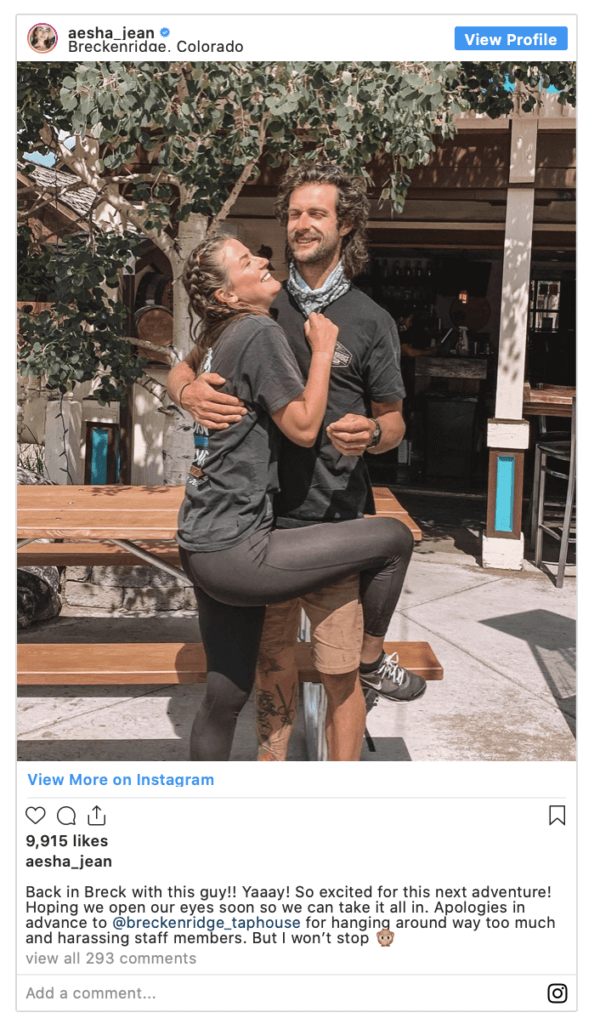 Aesha Scott, whose mother is American, lost contact with Aesha after moving to the United States for college.

“We hadn’t really talked until– since school, and then we just started talking again through Instagram at the end of last year,” Aesha explained. “And yeah, it got to March and I was like, ‘well, I want to come over and see you and see if this goes anywhere,’ and then we really hit it off, so happy.”

Aesha Scott moved to Colorado to be with Scott after staying connected via a long distance romance. The lovebirds are currently living in an old ambulance converted into a tiny house, in Breckenridge, Colorado. 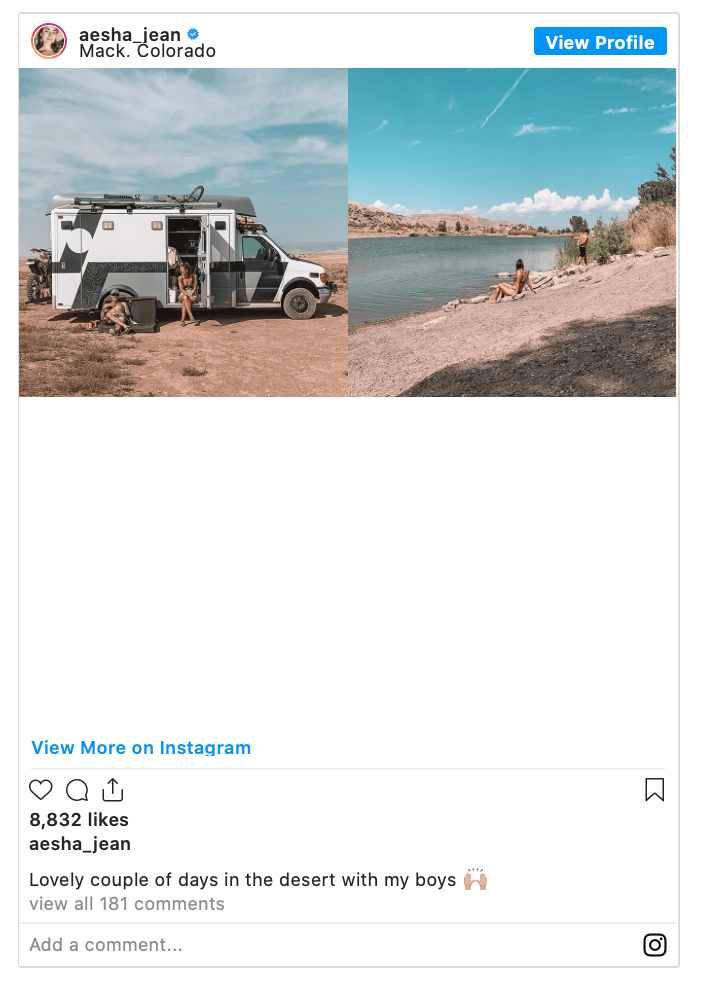 The pair reunited just as the coronavirus pandemic gripped the country.

The popular Below Deck Mediterranean star added that losing two jobs had an unexpected up side.

“Because I lost the job that I was gonna be doing in New Zealand until June … and he also, ’cause he manages a bar, so he also had his job shut down,” she said, “so, it’s kind of the perfect time for me to be like, well, I’ll just come over and we’ll just drive around in the ambulance for a while. So, I think if it wasn’t for COVID, we wouldn’t be as close as we are now.”

Aesha and Scott plan to document a three month road trip with their Instagram followers.

“Scott and I are heading off today on a three month adventure around the Western US and would LOVE for you guys to follow along on our trip!! Please let us know if we will be near you and you have an awesome activity or spot to show us. We can’t wait to see what this beautiful country has to offer!” 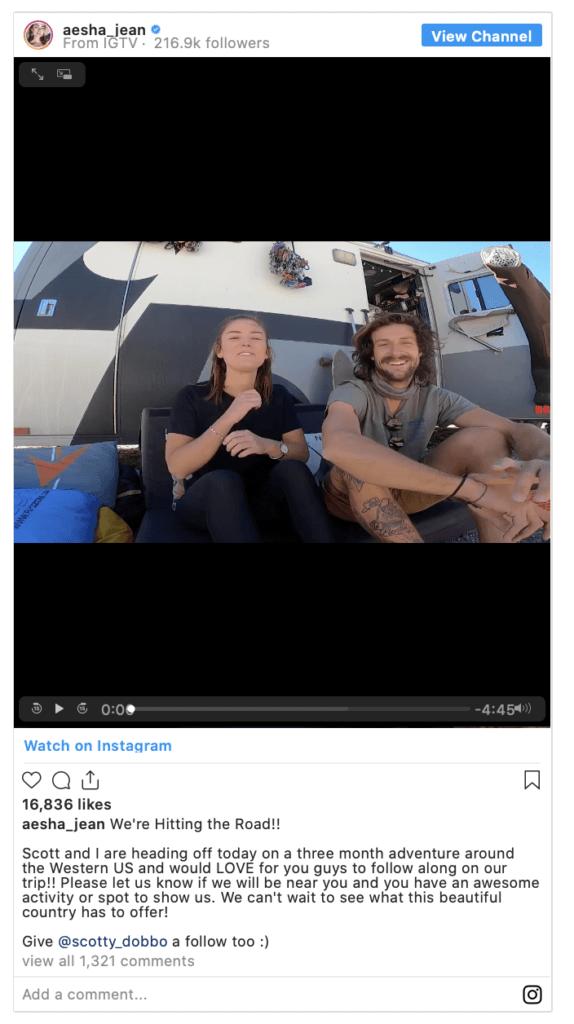