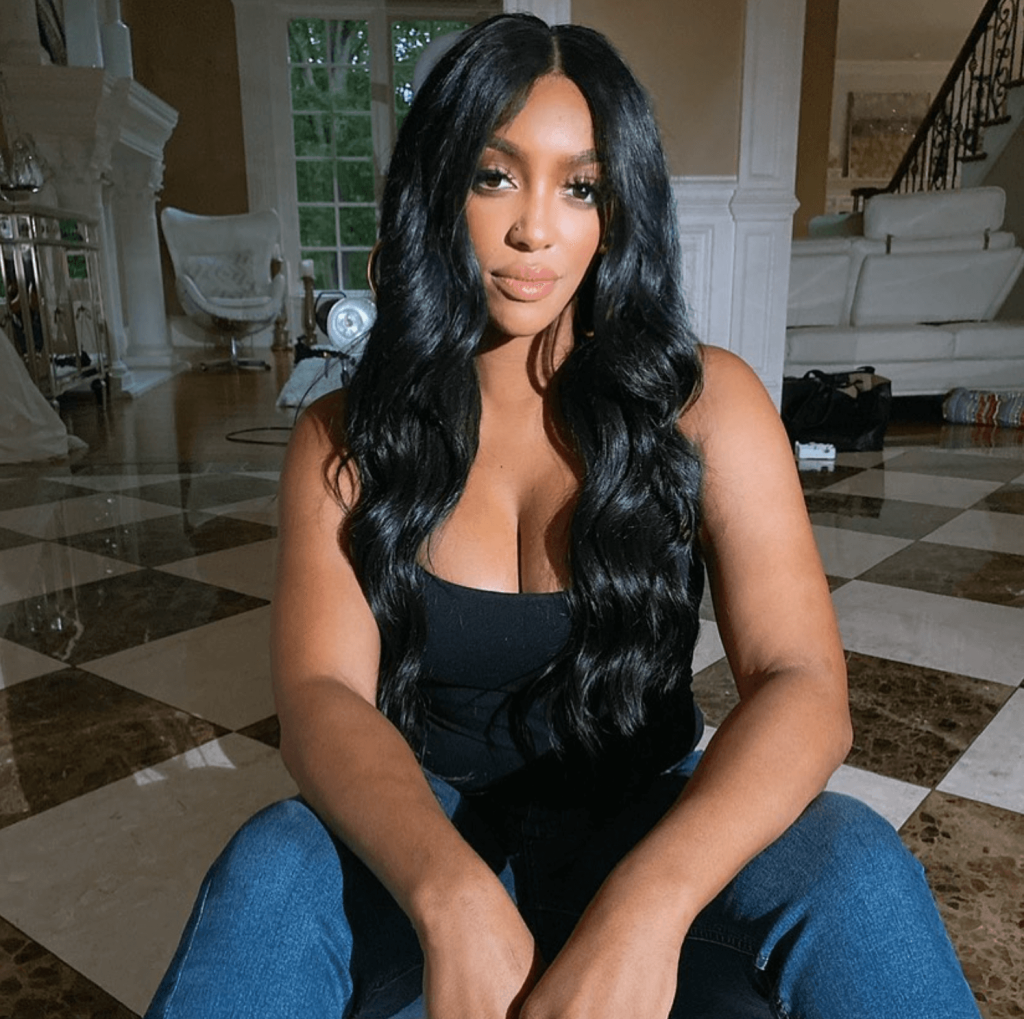 Real Housewives of Atlanta star Porsha Williams is firing back at Kenya Moore for insinuating that she’s using the Black Lives Matter movement and protests for Breonna Taylor simply for a storyline on the Bravo reality series. 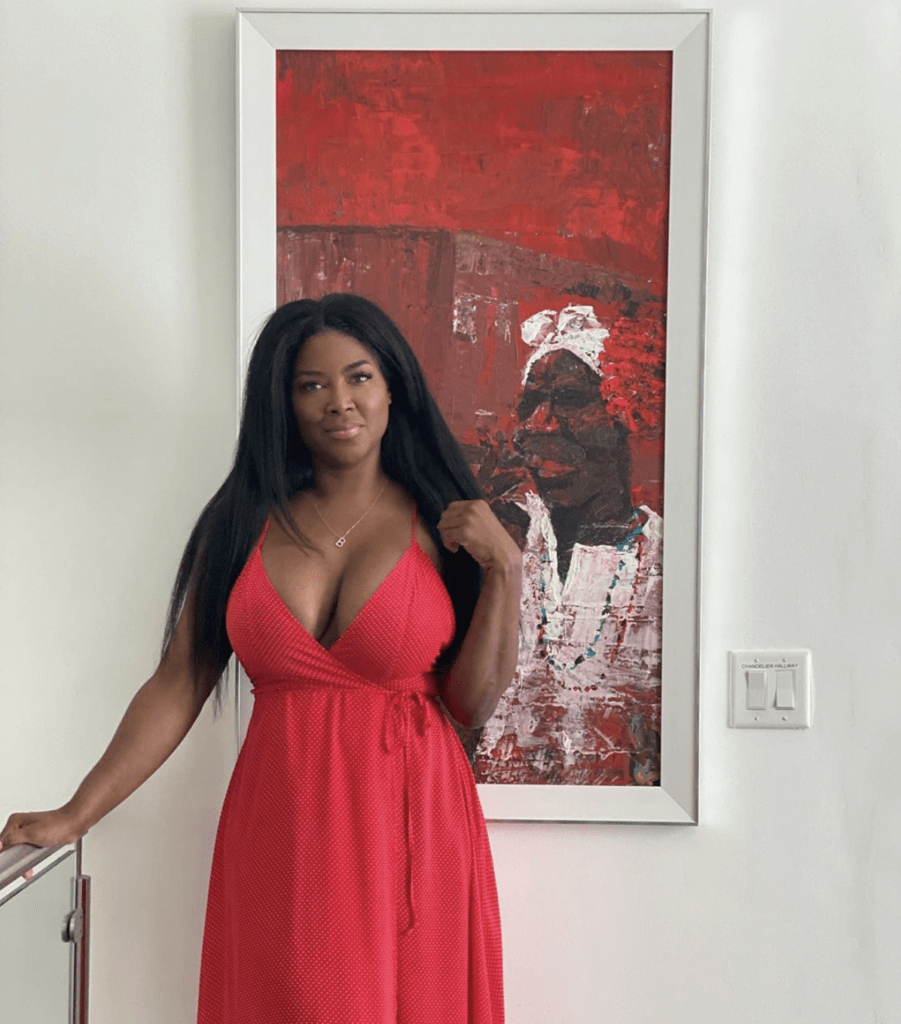 On Saturday night, a person commented, on a post made by Porsha Williams where she called out Reddit for claiming she was twerking on a cop at a recent Breonna Taylor protest — she wrote, “You all have really lost your mind ! If you can possibly believe I was dancing on a cop before being arrested for peacefully protesting for our beloved Breonna Taylor. I was actually picking up my water and had no idea he was behind me. Whoever took this pic and sent to reddit with this headline you should be ashamed of yourself. Smh SAD… Anyway I guess I shouldn’t have addressed this but I’m human to and this is a cause close to my heart …I will not be discredited with foolishness. I stand for justice and I will continue to demand justice for #BreonnaTaylor #YouCantStopTheRevolution #SayHerName.” Just to be clear — Porsha was NOT twerking at the protest, she bent over to pick up a bottle of water.

One fan responded to Porsha Williams’ post with some shade — questioning the reality star’s motives behind her activism.  And Kenya Moore jumped into the fray by responding to the fan — seemingly consigning the person’s message — which triggered a lengthy response from Porsha.

Porsha Williams’ quickly clapped back at Kenya Moore’s shady insinuation and address people bringing up her past. Fans of the show know Porsha’s feud with Kenya dates back several seasons.

Porsha Williams has come a long way since her freudian slip about the underground railroad and we’re proud of the woman she’s grown into. The 39-year-old Real Housewives of Atlanta star has been arrested three times this year as part of protesting for Breonna Taylor, she has continued her fight to see the murdered black woman receive justice, even landing herself a “Porsha in Protest” feature with The New York Times. We can’t say the same about Kenya Moore, who has not attended one protest for Black Lives Matter or protest for Breonna Taylor’s justice. In addition, Porsha runs her family’s foundation, Hosea Helps —  which provides outreach to the community with hot meals, clothing, education and funds to those in need. 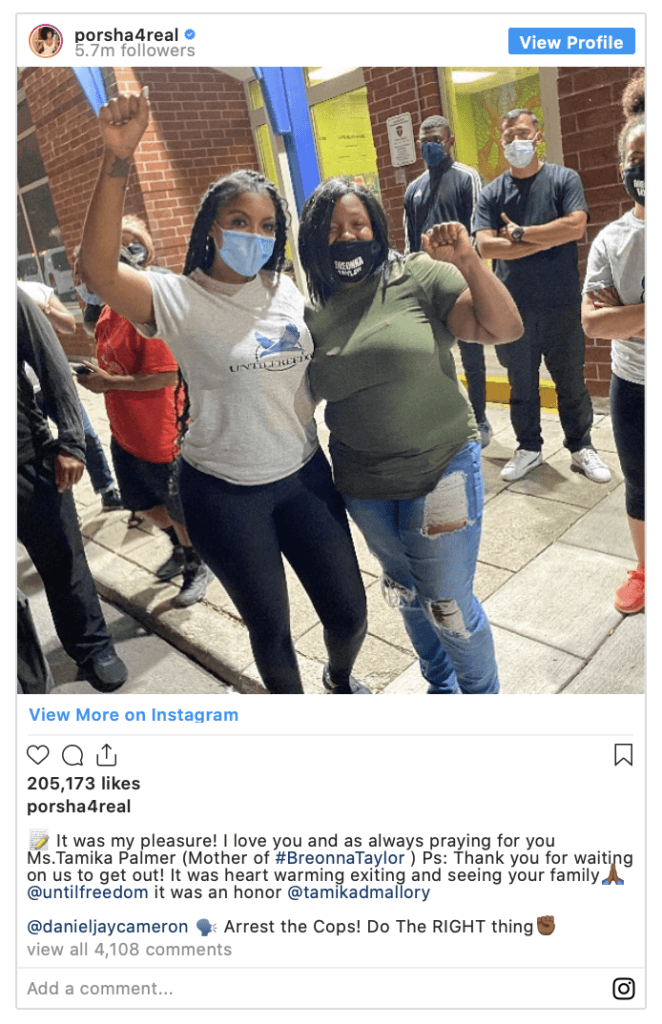 After Porsha delivered her epic rebuttal, Kenya Moore waited a whole 24 hours to respond on Sunday morning. Read below.

The Real Housewives of Atlanta is expected to return early 2021.