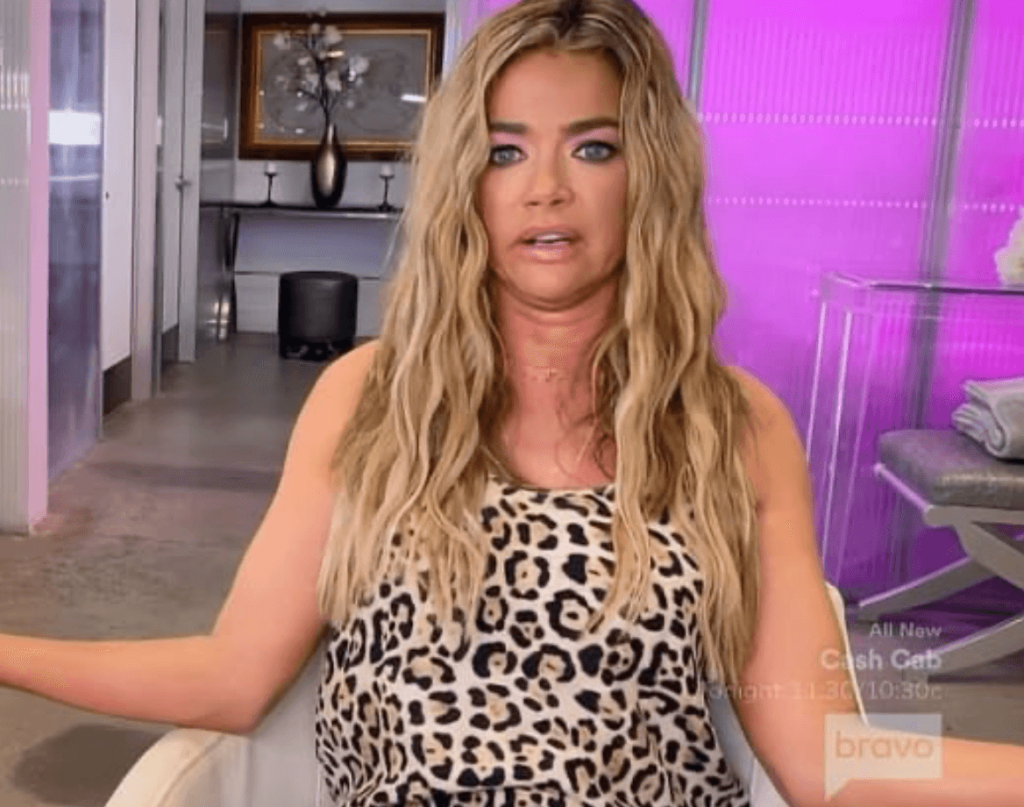 Denise Richards is leaving the The Real Housewives of Beverly Hills, after two seasons. Denise’s rep confirmed her exit to Variety just hours before the second installment of the reunion series aired. The actress kept her plans vague over the summer, telling the Washington Post in July that she would return to the series if “it made sense.”

“I actually had so much fun my first season, and I formed genuine friendships. This season was very different, but I would never say I regret anything. I just roll with the punches,” Denise said at the time.

Denise Richards’ Bravo bestie, Garcelle Beauvais, has remarked that she would only return for Season 11 if Denise agreed to do the same.

Fans know that Denise Richards landed in the center of Season 10 controversy, after Brandi Glanville alleged that she had hooked up with the actress.  Denise denied Brandi’s story and maintained that she did not cheat on her husband, Aaron Phypers. Brandi insisted that she and Denise had a fling during a visit to Denise’s movie set, in April 2019.

“If I was just doing it to make a splash, why would I not have done it last season? Then they would have brought me back full-time this season because they would have had a giant full f—king story line,” Brandi told Us Weekly in July. “I didn’t say it last season because I was worried that I was a cheater after she’s like, ‘Oh, Aaron’s going to kill me if he finds out.’ I thought, ‘What is she talking about?’ That is bullsh–t.’”

Brandi Glanville also called out Denise for dissing cast members behind their backs, allegations that Denise claimed were either false, or overblown.