Candiace Dillard posted a snarky twist on the meaning of the holiday with a meme that reads, “Happy Labor Day! We hope your cervix opens fully, you push quickly, and you don’t tear at all.” 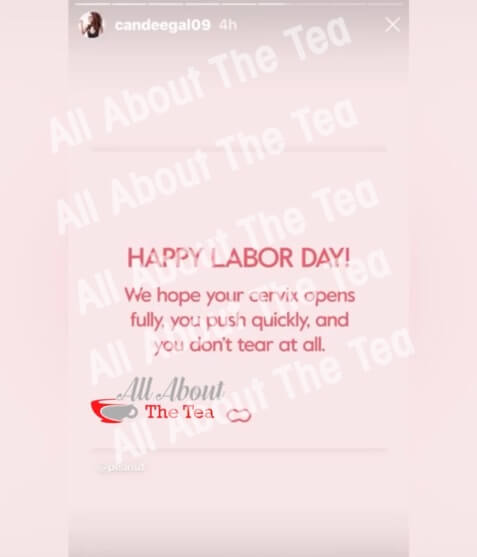 The duo has been at odds since last season, and Candiace even brandished a knife after Ashley called her out for spewing nasty comments about her conception struggle.

While Candiace Dillard portrays a relationship on the mend on the current season of Real Housewives of Potomac, it appears clear that she still harbors resentment over Ashley’s decision to side with Monique Samuels, over the fall brawl that splintered the RHOP cast.

Bravo cameras were rolling at an October dinner party when a physical altercation between Candiace Dillard and Monique went down, the cast chaos highlighted in the Season 5 trailer.