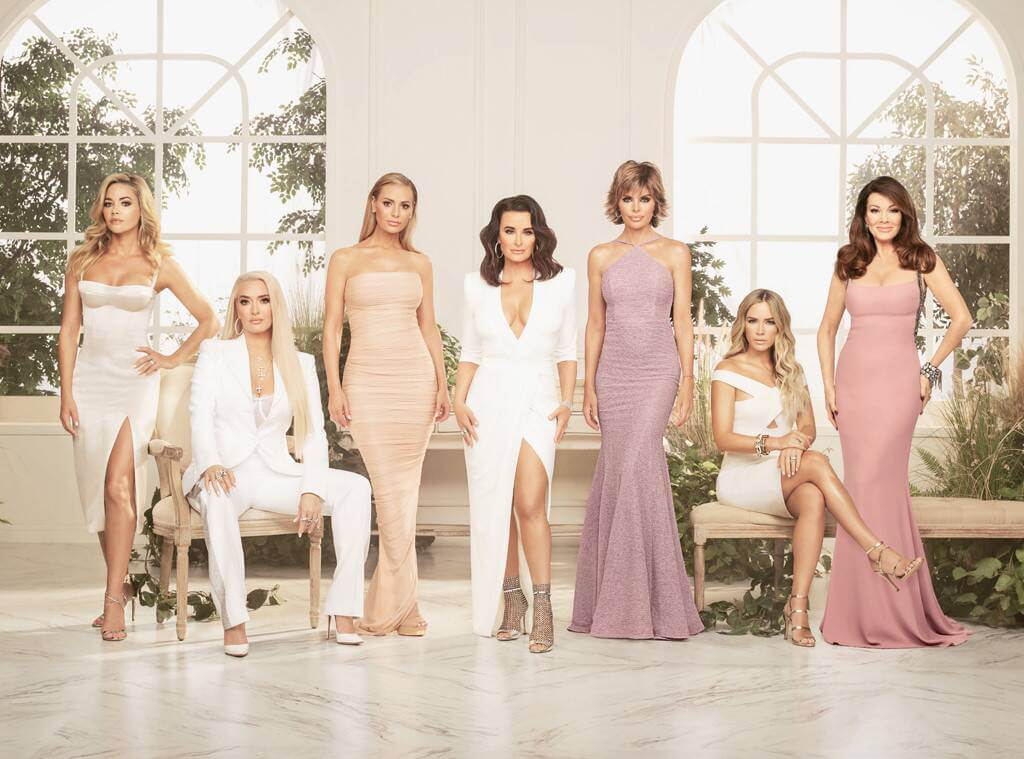 A Real Housewives of Beverly Hills producer was slammed on Twitter last week — for manipulating drama and encouraging conflict between the cast and Denise Richards.

Viewers pounced on the producer after he made an appearance during Wednesday’s season finale, announcing Denise Richards “family emergency,” before Dorit Kemsley’s housewarming party. Fans know that Denise was supposed to attend with Garcelle Beauvais, but bailed at the last minute without giving her friend a heads up. 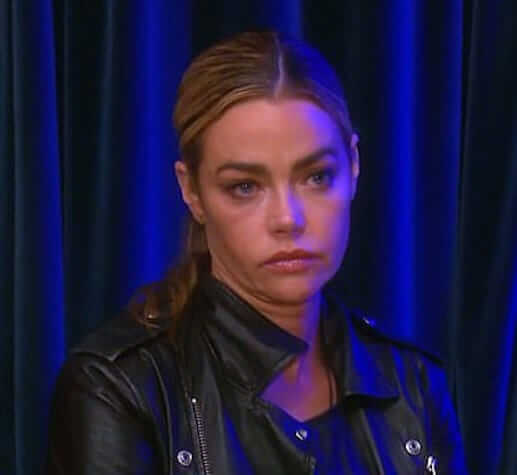 Real Housewives of Beverly Hills producer inserted himself in the drama after Garcelle Beauvais waited outside Denise Richards’ place and called her several times. Garcelle became frustrated at the lack of communication, so the producer stepped in to spill about Denise’s supposed “emergency.”

Viewers pointed out that the very same pro was filmed pushing Denise Richards to return to the group, after she escaped a cast dinner in Rome. Denise clapped back and walked out on the women, after being confronted about her alleged fling with Brandi Glanville.

The producer was bashed on Twitter for manipulating circumstances as the episode played out.

“What was the reason for that producer to go out of his way to tell Garcelle that Aaron texted that he and Denise had a family emergency…? For a ‘reality’ show, this entire season has been so contrived,” one fan tweeted.

“The true villain of RHOBH this season? The producers for thinking we would back Kyle, Rinna, and John mellencamp’s daughter over Denise fucking Richards. They over produced this BS storyline thinking the audience wouldn’t notice. No ma’am,” wrote another.

“Who is the producer on #RHOBH talking to Garcelle about Denise? He’s the same on in Italy that talked down to Denise for leaving the table. @BravoTV I thought reality TV was letting things happen naturally? This guy is playing puppet master orchestrating it,” fired a fan. 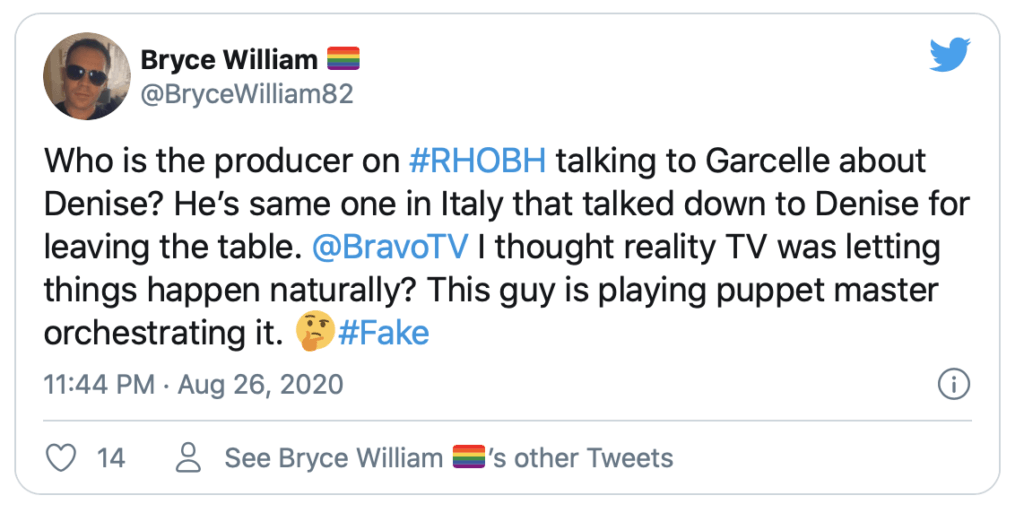