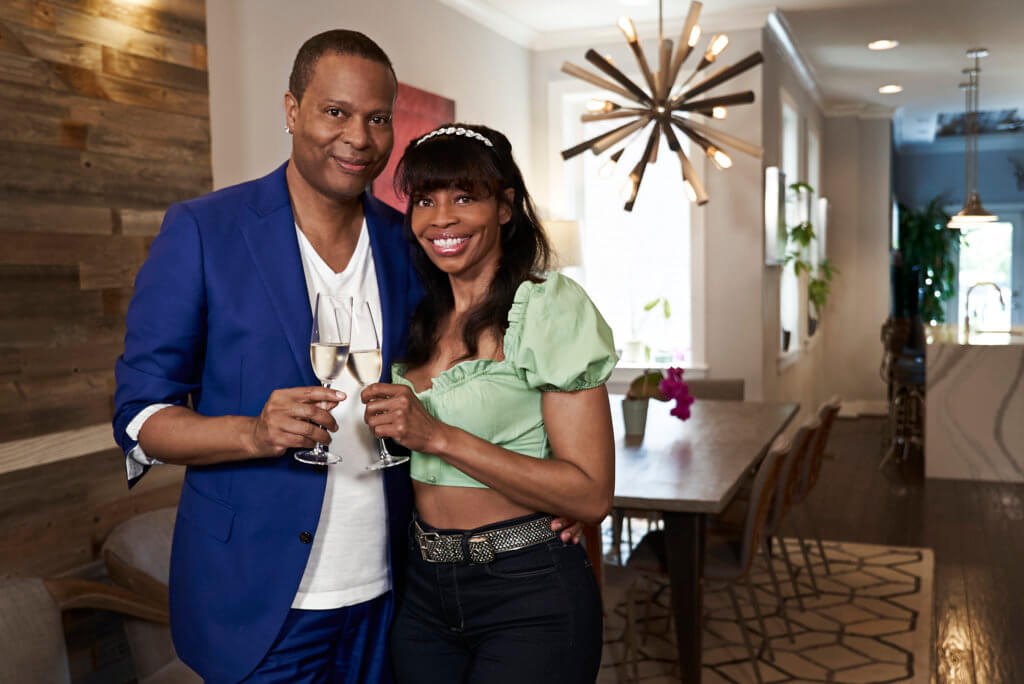 Season Two of Lifetime’s hit series, Marrying Millions premiered a few weeks ago and the drama between the couples is already on FIRE.

One of the most talked about couples from the season so far is bi-coastal couple, Rodney Foster and Desiry Hall.

Rodney Foster is a millionaire from Washington DC that is very big in the wine industry and Desiry Hall is an actress from Los Angeles that also runs a non-profit for homeless veterans. Check out AllAboutTheTEA.com’s exclusive interview below to find out what Rodney and Desiry had to say about their relationship and all of the haters online.

Q: How did you both actually meet?

Desiry: “Rodney and I met in the Lobby of my building. I was introduced to him by his publicist who’s also a dear friend to me. We were passing by so It was meant to happen!”

Q: Why did you both decide to do reality TV?

Desiry: “Rodney was really keeping me a secret. He didn’t really want his friends or his family to know about me and I just couldn’t understand why. He was telling me that because of his business, it wouldn’t be smart to have me out there because he has a lot of female clientele and a lot of women were buying his wine. It just didn’t sit well with me! So, one day I was scrolling through different channels and I came across Marrying Millions so I started watching the show. Then I saw the casting and I thought if this man really loves me then I’m going to have to put my foot down and ask him if he wants to come on this show. I wasn’t going to waste anymore time because it had been almost 2 years at that point.”

Rodney: “At first I had apprehensions about doing that because you’re putting your business out there for the world to see, but I knew that it was something that Desiry wanted and I wanted to support her.”

Q: Rodney, why don’t you want to share your relationship with Desiry on social media? 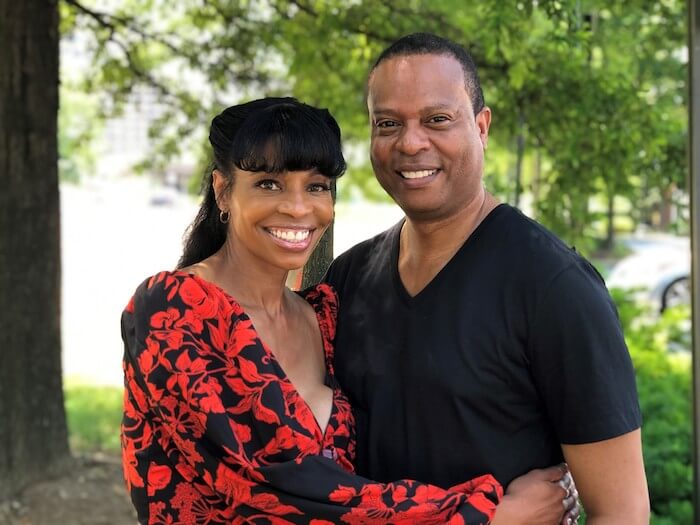 Q: In the first episode, Desiry was under the assumption that the lakehouse was bought for her… however Rodney, you seemed to have a different opinion on that. What is the truth of that situation?

Q: Desiry, what was your first opinion of Rodney’s assistant & what was your reaction when she called you the flavor of the week?

Desiry: “Rodney’s assistant was totally on his side and she was all team Rodney. I felt like I was outnumbered and I felt so alone. I didn’t have anybody to back me up! When Rodney’s assistant called me the flavor of the week, I had to really contain myself. I looked at him like you’re not going to correct her? At that point, I really got angry and I was really livid! Oh no he didn’t! He did not back me up and he did not protect me. First you don’t introduce me to your family and friends, then when you introduce your sleazy assistant she’s beating me up with everything she says… and then she has the audacity to call me the flavor of the week? I’m the woman he’s going to marry!”

Rodney: “Let me just clear this up… my assistant is like family to me. I watched her grow up as a little girl. Her family and my family are really close. She’s just not my assistant, I would consider her family. She’s not just some person that I hired a couple of years ago… I have known this young lady since she was in diapers. Second of all, I don’t think she meant that Desiry was the flavor of the week because she knows that I just don’t bring anyone into my home. This is not a motel or a hotel… I just don’t bring anyone to my home and she knows that! She knows about everything, specifically she knows that I was trying to get Desiry to move to the east coast and she feels some type of way that Desiry won’t move to the east coast. It’s not like she’s just team Rodney. If you’re doing this and that for her, it should be a no brainer for her to move to the east coast… that’s the issue she has.”

Q: Desiry, why did you decide to storm out and leave Rodney’s lake house after meeting with his assistant? Do you regret it?

Desiry: “All I kept hearing from Rodney that weekend was that if he’s paying my bills, I should just move there. It’s not about the money and what he’s doing for me, I love him. I really love Rodney with all of my heart… I wouldn’t be there if I didn’t love him. I want him to understand that I’m in this for the love, I’m not in this for the money. So when you throw the money thing at me, that offends me because I’ve taken care of myself my whole entire life. If a man wants to do something for me, of course… I’m gonna let him be a man. But if I don’t have a man, then of course I’m going to take care of myself. I’m gonna pay my own bills! I just don’t want money to be the elephant in the room or the issue in our relationship. I’m with Rodney because I love this man.”

Q: Rodney, why do you support Desiry financially?

Rodney: “She never asked me to. She can take care of herself, but I just wanted to make life a little bit easier for her because I know she does run her non-profit and I wanted to make sure she’s comfortable while she’s out there doing her thing since I see her out there trying to grow her non-profit. Everything I do, I do it out of the kindness of my heart. She doesn’t ask for anything.”

Desiry: “Rodney’s the type of man that caters to me. I know he probably doesn’t want to put it out there, but he’s really a King and he really treats me like I’m his Queen. He does everything for me that you would expect a husband to do for you. He’s always there for me and he’s really marriage material. Every woman wants a man like that. I’m living like a fairytale life! How could you NOT love this man? How could you not love Rodney?!”

Q: What do you have to say to the critics of your relationship online?

Desiry: “When love is real and it comes from the heart, it’s not something you have to force. To me, each person is different in a relationship and every relationship needs work. No relationship is perfect. We’re going to have our bumps in the road, but I hope as a couple we can show people how to work things out. When you put your life out there for the whole world to see, of course people are gonna judge and hate… but watch it and learn something. We didn’t come on this show to fake, we’re exposing our lives. Just watch and don’t be so critical! Love is love and you just have to let love grow.”