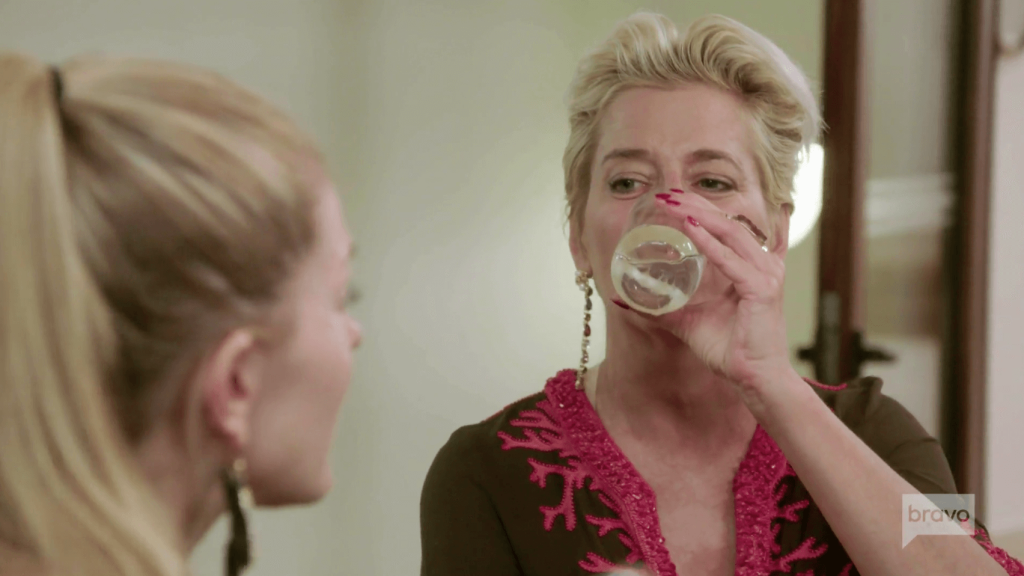 Dorinda Medley might lose more than her Real Housewives of New York City paycheck, after being fired from the Bravo cast last week.

According to a report by Page Six, Dorinda Medley made a shrewd real estate deal that allowed her to live rent-free, in exchange for promoting the $10k a month Sutton Place apartment. Sources report that Dorinda signed a contract to live in the tony Oriana building in 2017, a couple of years after she joined the RHONY cast. Fans will remember Dorinda’s move — which was portrayed as a fresh start for the reality TV widow. Bravo cameras chronicled the move, shared images of the apartment, and followed Dorinda as she explored her new neighborhood.

Sources report that her team created ways to get the apartment featured on the show, and opened up filming opportunities to showcase the home.

“She did a great job getting attention for the place,” said a source. “The property company were very happy with it.”

Dorinda Medley still lives in the apartment and it’s unclear if the deal was renegotiated after the one year initial contract expired. The outlet wasn’t able to confirm if exposure on the show was a contractural must, but Dorinda was required to show off the place on social media. 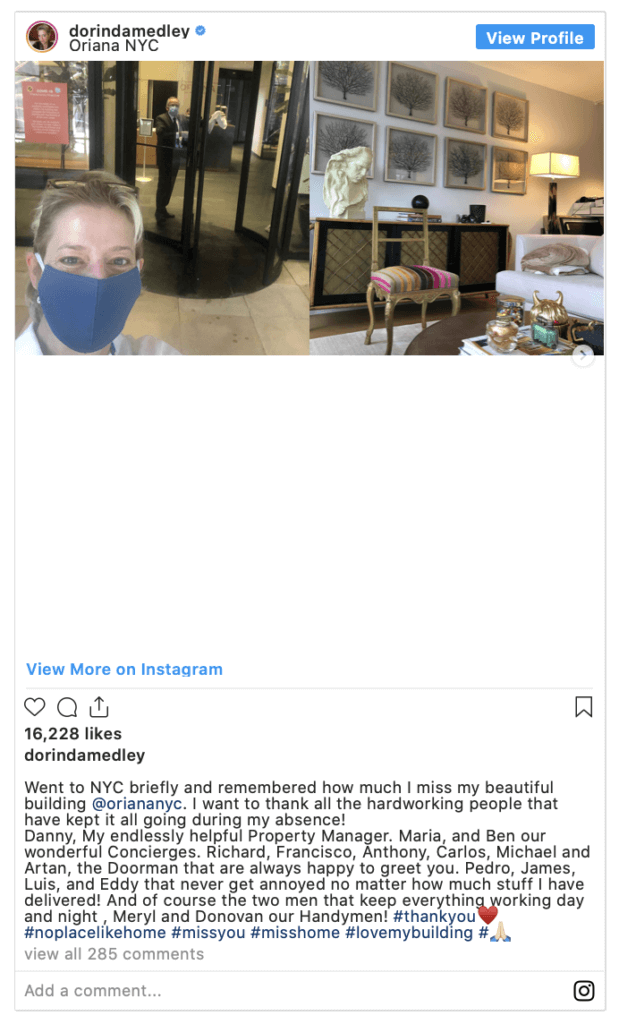 The deal was set up by a company called Talent Resources, and Bravo’s website did a video tour of the apartment, earlier this year.

“She’s a very shrewd business person,” added an insider close to the deal. “She’s very good at leveraging her platform.”

The Real Housewives of New York City  airs on Thursdays at 9 pm, ET, on Bravo.