Welcome back to an all-new episode of Real Housewives of Potomac — the one where Wendy Osefo gets attacked by Monique Samuels’ therapy bird, T’Challa. Some might argue that the fowl (see what I did there?) assault is simply Wendy’s pre-karma for jumping all over Ashley Darby for bringing Baby Dean on the girls’ trip, but I’ll let you be the judge and jury of that. LOL. Yeah right, who am I kidding?! That flying ambush was most definitely deserved. Let’s get started, shall we?

The episode opens with Candiace Dillard  and her husband Chris discussing their never-ending house hunt. Just some food for thought: it might go a lot smoother if they stuck to homes they could actually afford… but I digress. The conversation switches gears when Candiace brings up the girls’ trip Monique Samuels is hosting at her lake house. Candiace makes it clear she would prefer not to go to anything Monique is hosting but is willing to set her feelings aside as she’s not feuding with everyone else. At least not today, anyway.

Gizelle Bryant is working overtime corresponding with her ex-husband turned new boyfriend’s assistant, Ravi, in an effort to find a weekend that one can travel to see the other because #longdistancerelationship. Something tells me Ravi is sitting on a goldmine of secrets and hot tea and we, the viewers, need to hear more from her.

Meanwhile, across town, Ashley Darby and husband Michael have a painfully awkward conversation in which Michael demands that Ashley take Baby Dean on the girls’ trip. It sounds like he might already have some plans of his own… whatever could they be? He then lays it on really thick when he comments on Ashley’s newfound post-partum physique. According to Ashley, Michael has become an ass-man… as of recently. Recently? Pretty sure he’s always had a thing for the derriere but okay, Ashley. Whatever helps you sleep at night.

On the morning of the girls’ trip, Monique Samuels is running around getting everything packed up and ready for the weekend, including trusty ol’ T’Challa. Unfortunately, her carpool cohorts, Gizelle and Karen Huger are not thrilled to spend any amount of time in a confined vehicle with Monique’s exotic bird. Once on the road, Gizelle and Monique can’t help themselves and like a game of telephone immediately tell Karen all of the things that Wendy has been saying about her, mostly that she doesn’t think that Ray touches Karen with a ten-foot pole. YIKES. 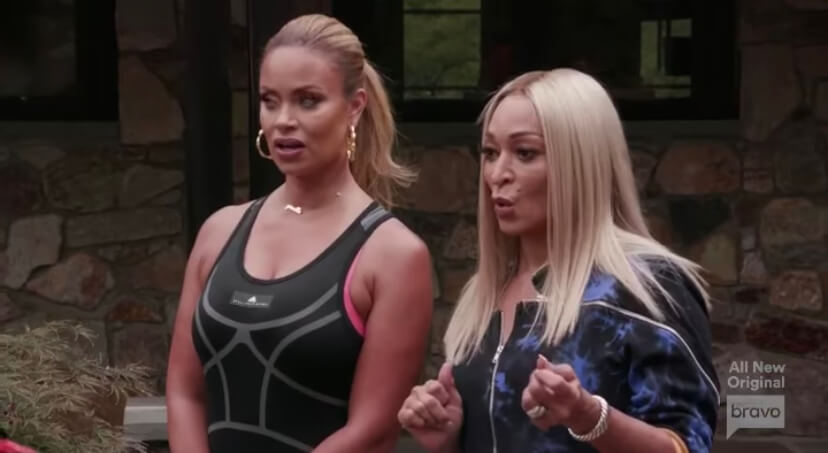 Once they arrive at the lake house, Monique Samuels immediately shows the Grand Dame to her room (aka the best room in the house, excluding the master of course) and then leaves Gizelle to pick out hers next. Robyn eventually arrives and together the green-eyed bandits decide on the guest house for themselves. Candiace, Wendy, and eventually Ashley, Baby Dean, and Ashley’s BFF/impromptu nanny make their way to the lake house. Let the games begin. 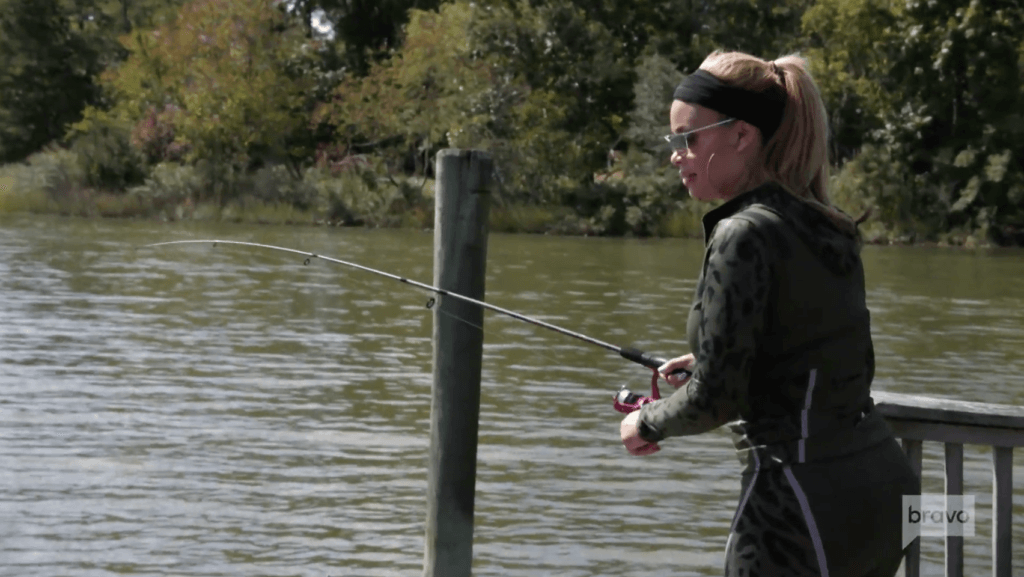 Right out of the gate, T’Challa makes contact with Wendy Osefo. After tons of arm flapping and high pitched squawking (by Wendy), the bird flies off into another room. In a mad dash, Monique takes off to check on the wounded bird. Thankfully, he’s okay. Just got the bird poop scared out of him. Literally. 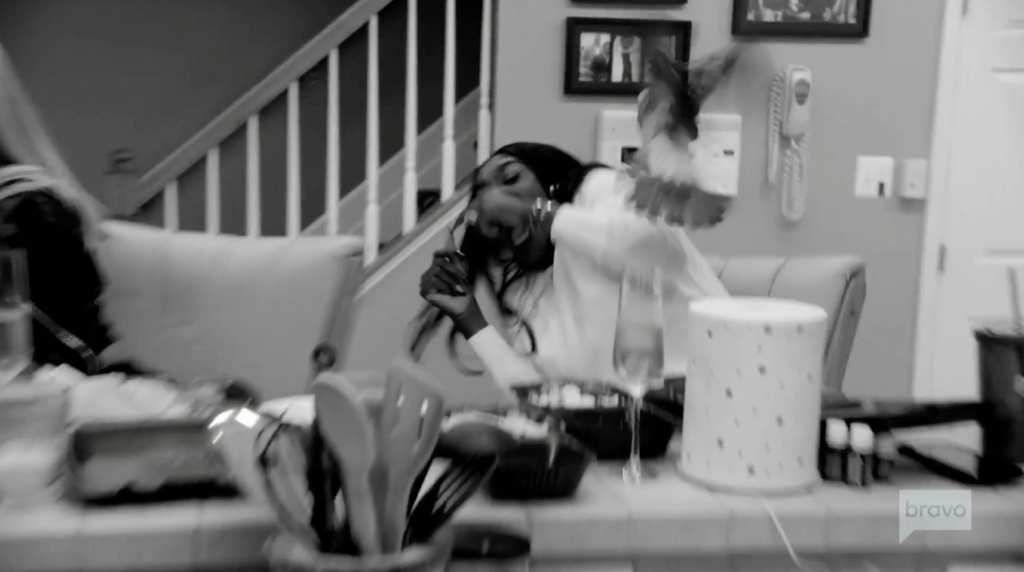 Tension appears to be at an all-time high when Wendy Osefo goes OFF on Ashley for bringing Baby Dean on the girls’ trip. The rest of the ladies are quick to come to Ashley’s defense, explaining that Wendy may have a new baby, but she’s not a new mom, as this is her third. 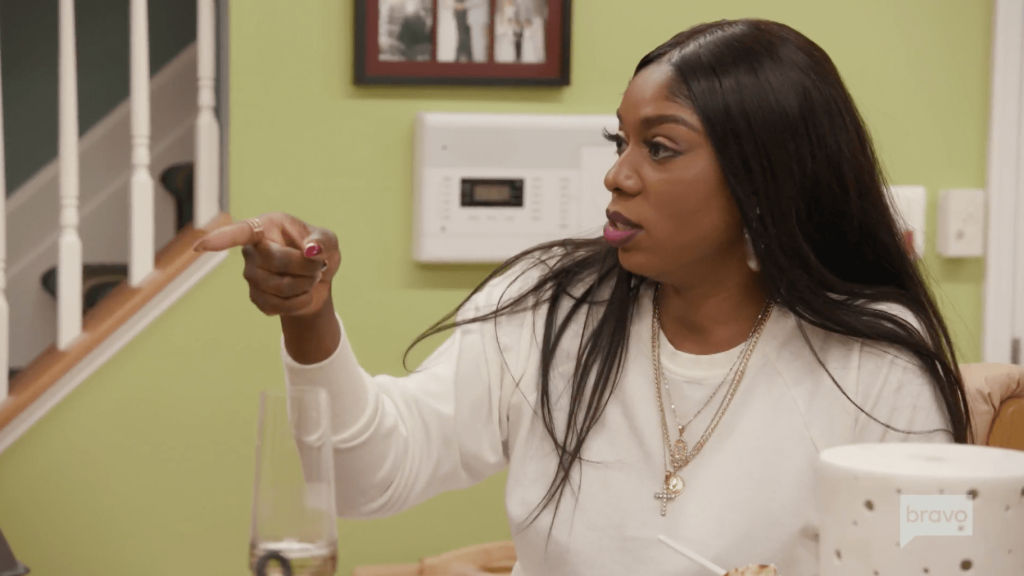 Things go from a level two to ten really quickly when Wendy complains about pumping around the clock so she could leave her baby and be present on the trip. She says she knows it can be done and she has no sympathy for Ashley saying she can’t be away from her newborn. YIKES.

Things go from bad to worse when the ladies meet for a beautiful dinner that Monique Samuels has planned. In an effort to get to know one another better the ladies take turns going around and ask each other deeply pressing questions. Right out of the gate, Monique asks Candiace what it was like for her during her school-age years with her peers. Candiace admits that she had a hard time fitting in as her school was primarily white and later that led her to pursue African American studies in college. Gizelle then seizes the moment and asks Candiace if that’s why she got a nose job. SHOTS FIRED. Candiace, however, is adamant that she’s done nothing of the sort. 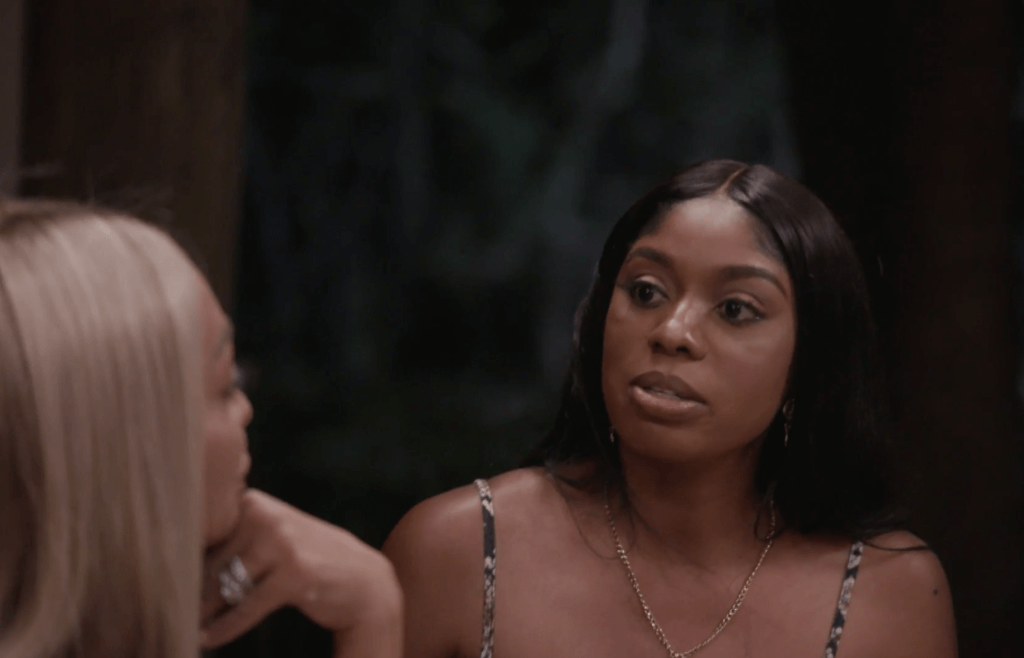 Karen Huger then kicks it up a notch when she asks Gizelle what it’s like reconciling with her philandering cheater-cheater pumpkin eater of an ex-husband. RUH-ROH. Ashley’s torn booty hole comes up and whether or not she has to use it in her marriage. SURVEY SAYS YES. Karen then puts Wendy on blast for talking about her “box” and whether or not it’s being serviced by Ray or anyone else for that matter. Without addressing the trash talk whatsoever, Wendy goes into how she feels Karen snubs her every time they’re around one another. The two resolve to get dinner before Wendy is allowed to bring up Karen’s sex life again. 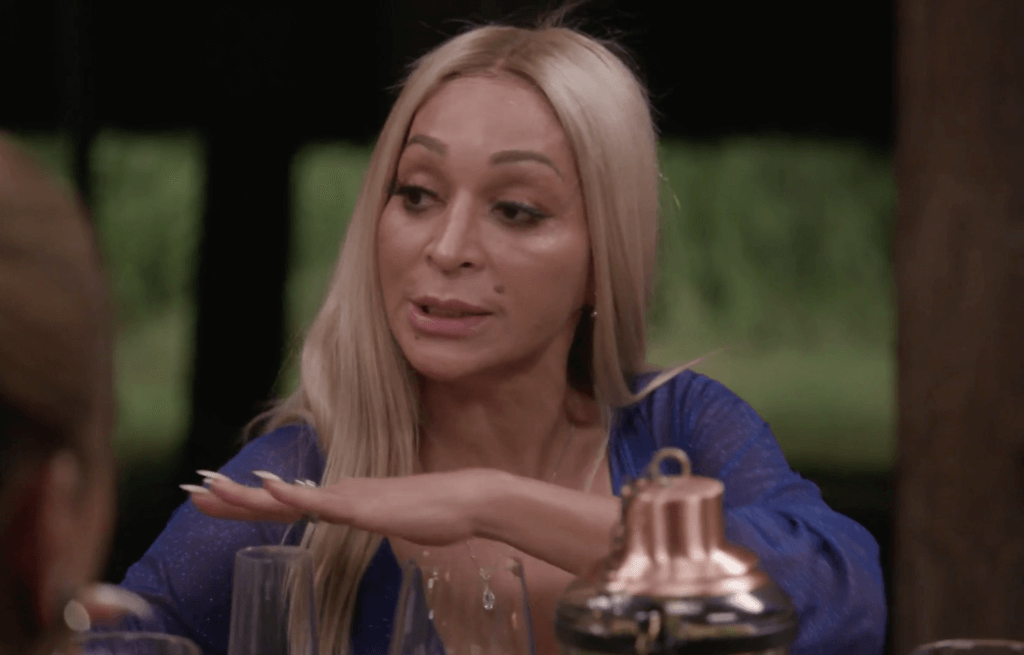 Unfortunately, all roads lead back to Wendy Osefo going off on Ashley Darby for bringing Baby Dean on the girls’ trip. When the ladies hint around at Wendy to give Ashley an apology, Wendy doubles down — citing that the exchange didn’t warrant an apology. Ashley and Wendy go back and forth before Wendy demands that Ashley address her correctly, as DOCTOR Wendy. And there ya have it, folks. Night one on the trip and things have already gone to hell in a handbasket. 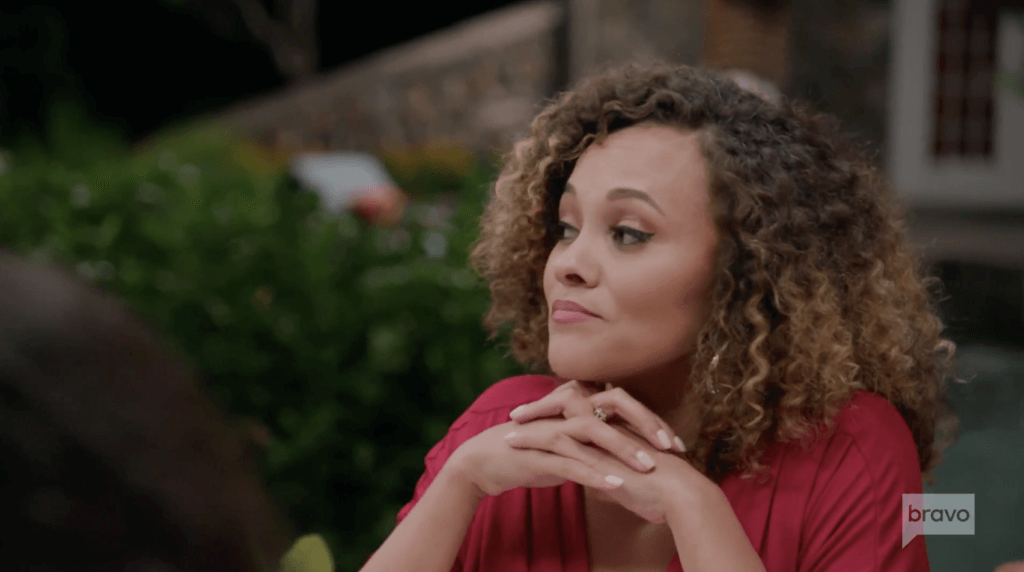