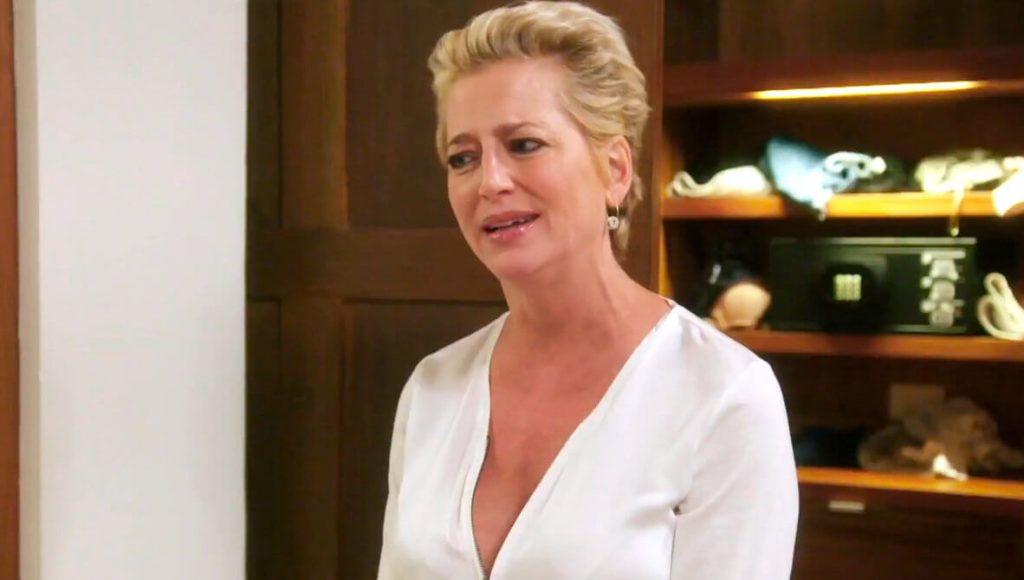 Dorinda Medley has been fired from The Real Housewives of New York City amid her struggles with alcoholism and anger issues.

DorindaMedley, 55, announced her departure via Instagram on Tuesday, “What a journey this has been. I have laughed and cried and tried to Make it Nice… But all things must come to an end. This was a great outlet for me to heal when my late husband Richard passed away. I have met so many interesting people and learned so much about myself, about life and about women along the way.”

She concluded, “Thank you to Bravo and NBC for the incredible ride and to my cast mates for constant stimulation and entertainment. I wish you all health, happiness and success. Clip!” 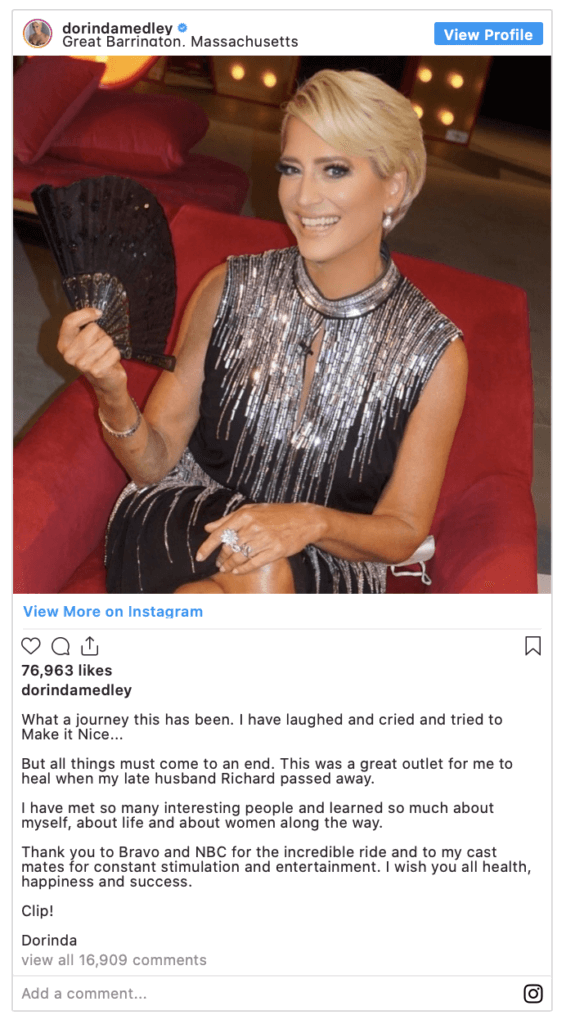 As Real Housewives of New York City fans know, Dorinda Medley is an angry drunk who often lashes out at her costars on the Bravo reality series. Throughout the years, she’s had many drunken outbursts and attacked with below the belt jabs.

Bethenny Frankel paid tribute to Medley’s legacy on Twitter shortly after she made her announcement. 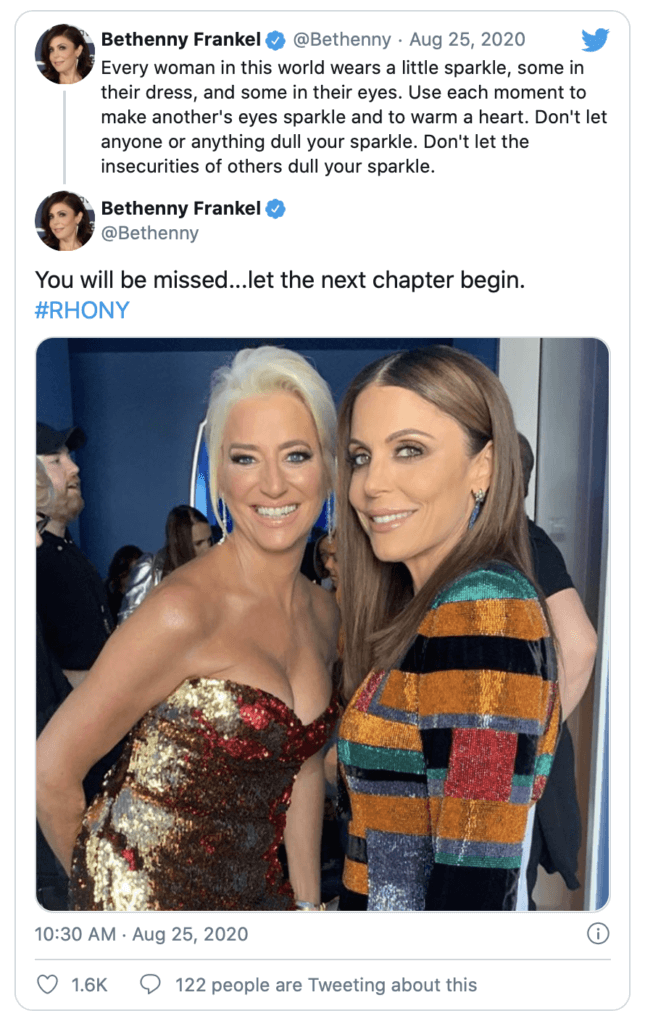 According to the Daily Mail, Dorinda Medley was fired.

Dorinda Medley is the second member of the show’s cast to depart this year; Tinsley Mortimer announced her exit in June. The only full-time cast members remaining are Luann de Lesseps, Ramona Singer, Sonja Morgan and newcomer Leah McSweeney.

Check out All About The Tea’s LIVE Real Housewives recaps on YouTube every week! Subscribe to the channel.