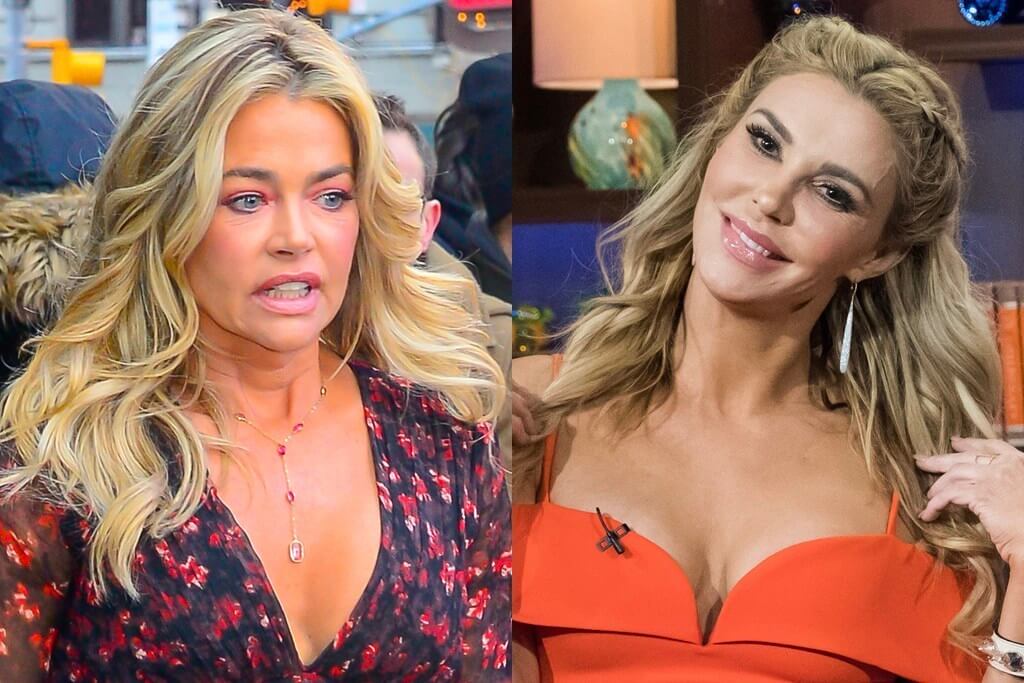 Welcome back to an all-new episode of The Real Housewives of Beverly Hills — the one where we’re graced with Brandi Glanville’s smug mug, yet again. Let’s get started, shall we?

The episode opens with Lisa Rinna working out with her daughter Amelia Gray… I’m just gonna leave that right there. Meanwhile, Teddi Mellencamp is designing a super trendy gender-neutral nursery for her and Edwin’s new bundle. And across town, Erika Girardi is practicing her Broadway routine as Roxie Hart.

Denise Richards pays a visit to Garcelle Beauvais to discuss the Italian trip from hell and all of its highs and lows. Denise admits that after she got back she needed some serious time to decompress and if it weren’t for Garcelle she wouldn’t have been able to endure the trip. They also discuss Aaron’s reaction to the rumors and Denise makes it clear that he’s not too concerned. She later admits in her talking head interview, that if she came home and said she slept with Brandi, his only question would be why he wasn’t invited. And there ya have it, folks.

Garcelle Beauvais also mentions that after knowing Lisa Rinna for more than twenty years, she has been rubbing her the wrong way as of late but can’t quite put her finger on why. Denise agrees that Lisa has changed and although they made up in Italy, it’s still gonna take some serious time. I’ll say…

Dorit Kemsley comes up with the most fabulous idea ever to celebrate the opening of the new Buca di Beppo dining room by way of Teddi’s baby shower. If that isn’t the most on-brand Dorit thing ever, I don’t know what is. Kyle Richards meets her to discuss the logistics of said baby shower and naturally, the location of the placement cards comes up. (Somewhere Sutton Stracke is feeling all warm and fuzzy inside.) Dorit feigns surprise when Kyle questions whether or not Denise would actually attend, although we all know there’s not a snowball’s chance in hell of Denise coming to any event for Teddi. After all, there’s a good chance Teddi doesn’t really care if any of them come hence the All In MLM retreat, but I digress…

Dorit Kemsley reveals the dining room she designed with as much gusto as her Italian accent in Rome, and Kyle is left… speechless. Later in her confessional, Kyle admits that the room does not make her feel as though she’s been transported to Italy. But hey, it’s 2020 now, so if anyone’s getting a hankering for Italy but obvi can’t travel just head on down to your Dorit’s room at Buca di Beppo.

Lisa Rinna only digs her hole even deeper when she opts to have an on-camera conversation with Amelia Gray about her eating disorder. She mentions that while in Rome, Garcelle Beauvais asked if she thought her dancing on Instagram had anything to do with Amelia’s eating disorder. Of course, Amelia refutes that entirely and now Lisa believes she is instantly absolved of any wrongdoing. Lest we not forget that Lisa was the ring leader in accusing Denise of setting up an on-camera conversation with her daughter to make the other ladies look bad earlier this season. Funny how history has a way of repeating itself, eh? 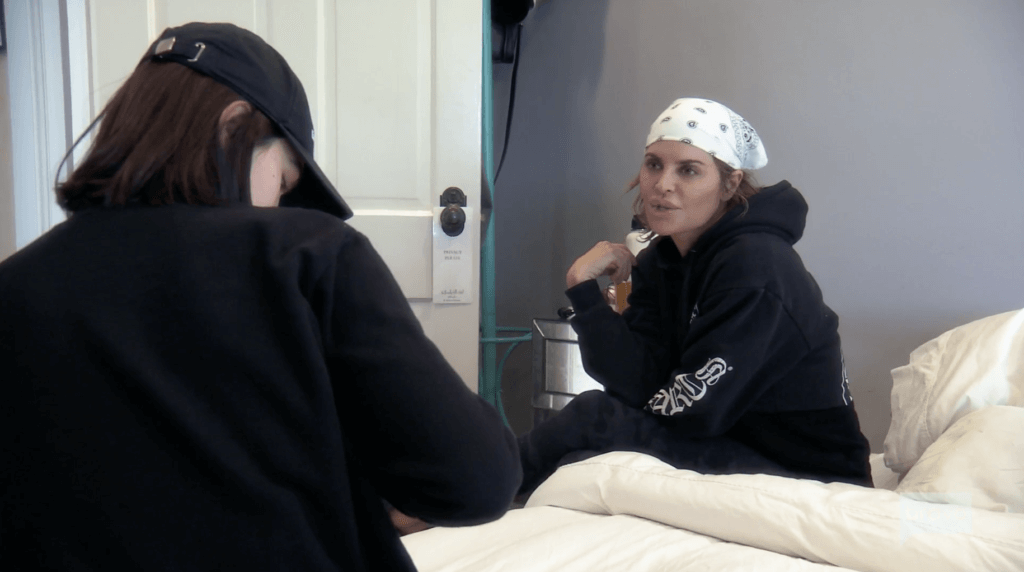 Finally, it’s time for the grand reveal of Buca di Beppo, er- I mean Teddi Mellencamp’s baby shower. Denise calls to let Dorit know she won’t be coming as she is not feeling well. Think Mean Girl vibes and the line “Cough, cough, I’m sick.” Once again, Dorit feigns surprise like she had no idea this was coming. Laugh. Out. Loud.

Everyone gathers around the host Dorit as Teddi and Kyle make their way in. As she’s entering Teddi can’t help herself but do an impression of Dorit speaking in her best Italian accent. Such a class act, that Teddi. Once inside, Teddi can hardly contain her excitement. Not only are all of the Housewives there, but the “friends” she roped into her pyramid scheme are there too. How nice of them to come. 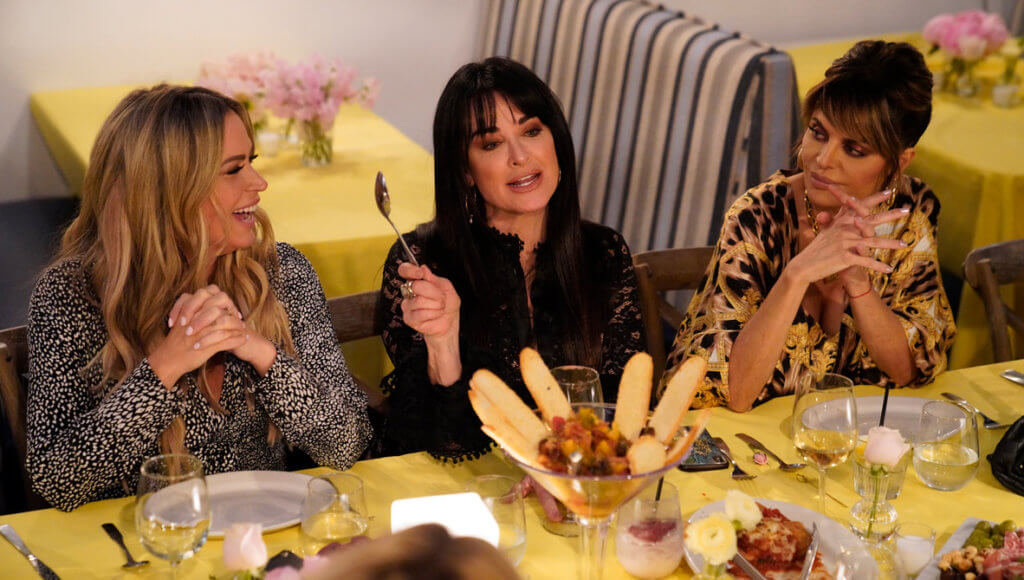 Things remain pleasant for a while… until Kim Richards gets a text from Brandi Glanville asking if she can swing by to the baby shower she was already invited to. After getting the go-ahead Brandi magically shows up mere minutes later with a gift in tow. She sits down and like clock-work the ladies immediately start grilling her about what she and Denise did or did not do. While Dorit is adamant she believes Denise, the rest of the gang squarely sides with Brandi. Once again, Kyle professes that Brandi, the same one that accused Mauricio of cheating on her, is NOT a liar. 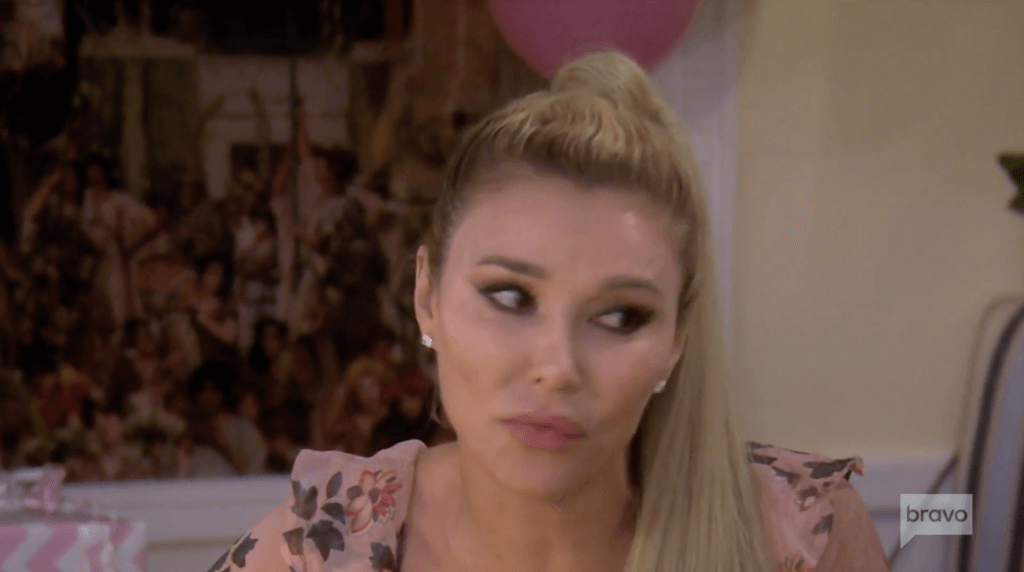 After some pushback from Dorit Kemsley, Brandi drags the baby shower down into the gutter when she screams across the table that she sucked Denise Richards’ you know what. Face palm. Instantly viewers are reminded exactly why Brandi cannot be taken anywhere… even a baby shower at the local Olive Garden.

Tune in next week as the drama continues!