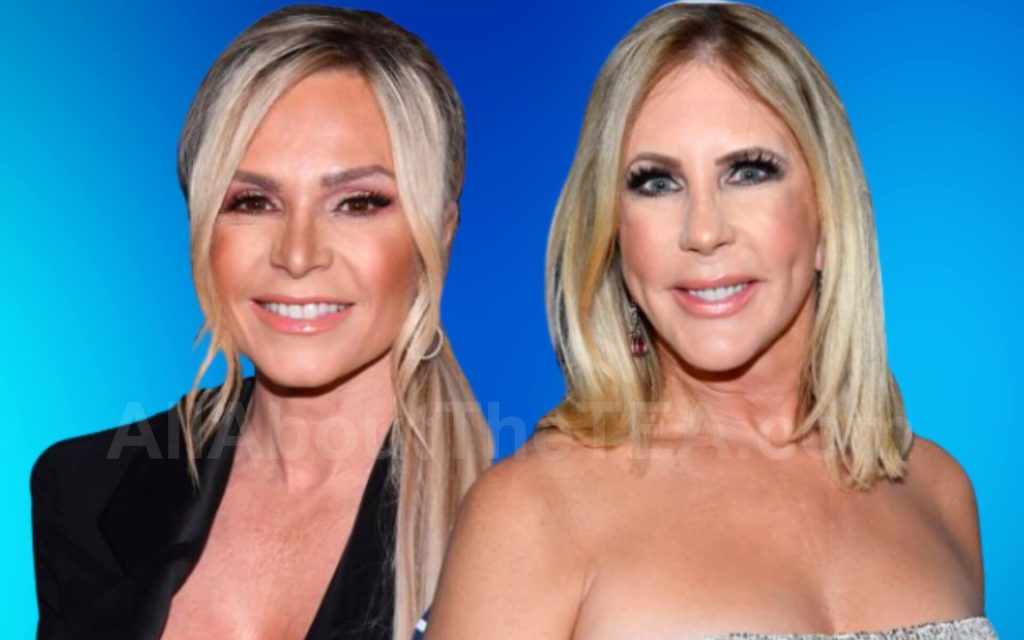 Real Housewives of Orange County alums, Tamra Judge  and Vicki Gunvalson think that Season 15 of the Bravo series will be a flop without them — and took to Instagram to dish dirt about the upcoming season.

Vicki Gunvalson and Tamra Judge surrendered their oranges at the conclusion of last season — after Tamra Judg rejected a “friend” role and Vicki was not offered a full-time role, after being demoted for Season 14.

Vicki Gunvalson and Tamra Judge fired shots at their former co-stars during the Instagram happy hour, including their former “tres amigas” bestie, Shannon Beador. The duo teamed up to spill tea with former Real Housewives of Dallas star LeeAnne Locken, who left the Texas franchise after four seasons.

The ladies revealed during the IG share that they were planning a tour “where we f**king talk!” Tamra suggested calling the tour the “Dirty Little Secret.”

“We have SO MUCH to say,” Vicki Gunvalson and Tamra Judge told LeeAnne.

“You know what is so sad?” LeAnne quipped, before dishing, “I hear that Dallas is going to be like half of the season from last year.”

Vicki Gunvalson took it from there — and claimed that RHOC production was only able to collect enough content for twelve episodes.

“‘Housewives’ just ended with 12 episodes. They have NO content without us!” Vicki laughed.

LeeAnne joked that she “didn’t even know what the storyline is” for the next season of RHOD, before Tamra chimed in her own thoughts about what she thinks the focus will be on the upcoming RHOC season.

“Why do I feel like the storyline is going to be about me and Vicki?” Tamra asked.

“We don’t even get a paycheck and they are still going to talk about us!” Vicki remarked.

“I miss her, she ghosts us, she iced us out,” Tamra said, revealing that she had heard that “Shannon keeps on talking bad about me this season.”

Production for the Real Housewives of Orange County picked up in July, after stalling due to the coronavirus shutdown.