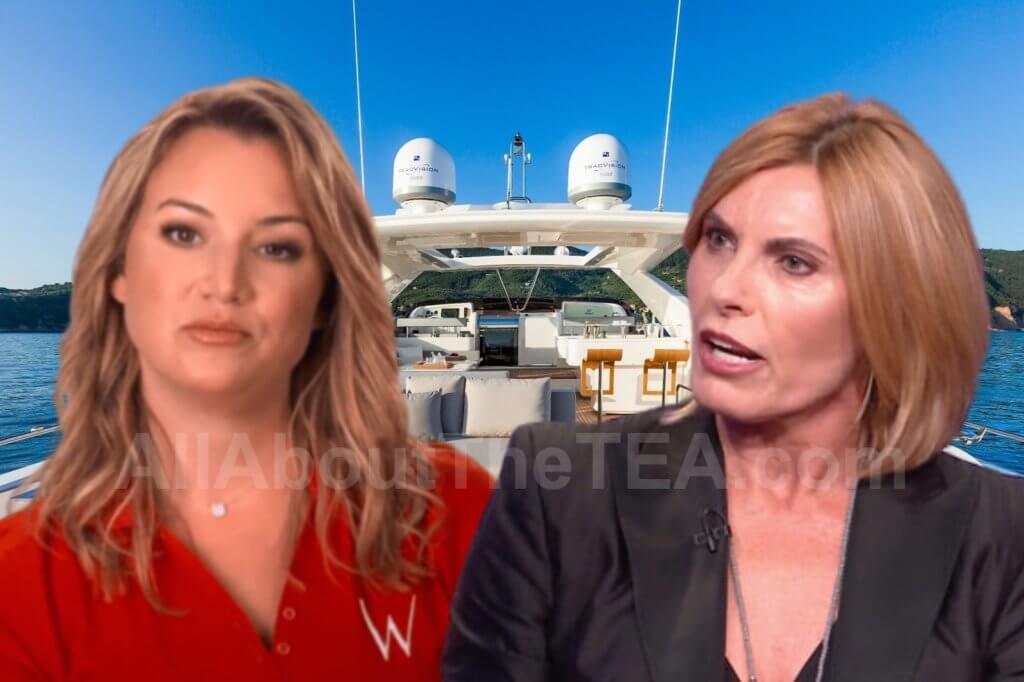 Captain Sandy Yawn made Hannah Ferrier walk the plank on last night’s episode of Below Deck Mediterranean — after the chief stewardess was busted for having an unauthorized Valium prescription and a CBD pen. Captain Sandy clarified in real time that Hannah Ferrier was released due to a lack of trust, and commented that she feared jail time, during the episode.

“I no longer felt I could trust that crew member,” she added.

Hannah Ferrier denied using her prescription while on board the vessel — but footage revealed that she had taken the drug three days earlier.

“At this point, Hannah Ferrier, with everything that’s been going on with you hyperventilating at 4 a.m. on the floor with Malia White, right now I can’t go to sea with you,” Sandy said.

“I have the utmost compassion for you, but at this point for the rest of the season I’m gonna finish it just with the crew. It’s not worth it to me. I am a captain. I worked very hard for my license and I don’t want to take that risk. There’s too much going on,” she added.

Captain Sandy Yawn explained her position to Hannah Ferrier,”It’s very hard when you have to let go of someone you care about. However, this is Maritime Law. It is called the ‘no tolerance’ law. We have to be drug free. If you’re on an airplane and the plane is I an emergency landing, your flight attendants are responsible for the guests. If something catastrophic happens, the chief stew has the responsibility to gather all the guests, keep them calm.”

“If I didn’t address this and something, god forbid, happened, I would be taken to jail. The boat would be incarcerated and I would lose my license. What she has done is illegal.”

Hannah Ferrier called the decision “utter bulls**t,” but Captain Sandy Yawn reiterated that her hands were legally tied. Hannah rejected Sandy’s claim that she cared about her well-being — and Sandy clapped back.

“Do you think that if I wanted you off the boat that I would use this? No. It is bulls**t, cause I could have fired you last year. The year before. So if you want to make it about that and say that I don’t care, that’s fine with me. I won’t care. So now officially I don’t f**king care,” Captain Sandy declared.

Hannah Ferrier reflected on her Below Deck Mediterranean experience in a final interview.

“I’m very aware of the Maritime Laws. I’ve been in yachting for years. It was a mistake on my part,” Hannah admitted. “I needed to declare that, but to be honest with you I think I’ve been ready to make a hasty exist from yachting for a few years now. But I don’t like going home like this.”

“As sad as I am to be leaving on this really dark, horrible note, I would never ever regret my time in yachting. It molds who you are as a human being and who you will always be. Working in yachting is like the highest of highs and the lowest of lows.”

Hannah Ferrier concluded her confessional spot on an optimistic note.

“I would’ve preferred to end on a high- not literally. It makes me sad that I’m leaving yachting, but at the same time I think that this next chapter of my book is going to be so much better even though yachting was such a fantastic chapter,” the former chief stewardess said.