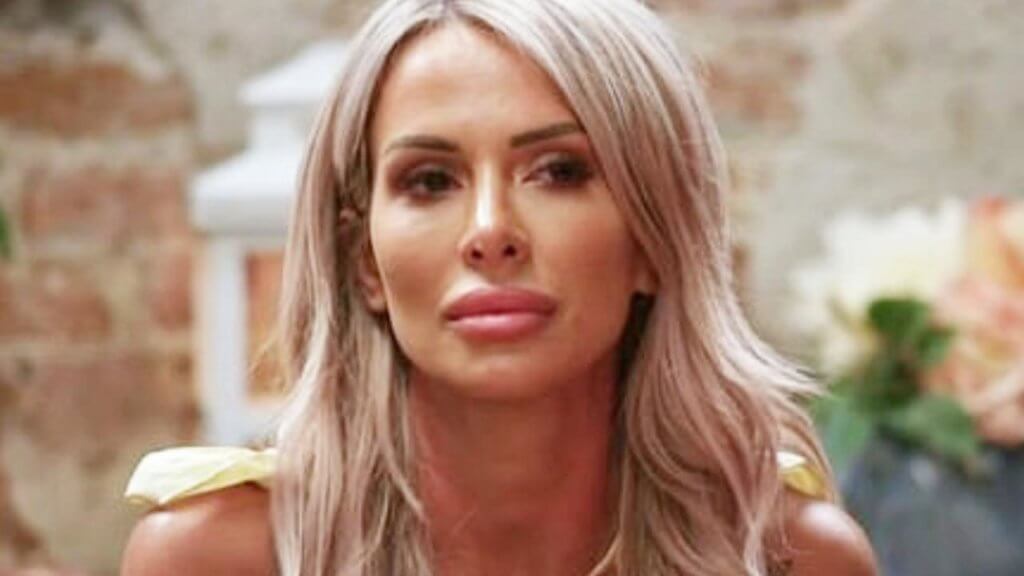 Married at First Sight contestant, Stacey Hampton, has a past marked by scandal, and was engaged to an infamous biker gang boss, before connecting with Michael Goonan.

Stacey Hampton’s ex-fiancé, Shane Michael Smith, 37, is the leader of a notorious biker gang in Australia called the, Rebels Adelaide.

Stacey Hampton, 26, was charged by South Australian police after reportedly bilking the Department of Education between 2014-2015. Hampton was poised to launch a postpartum depression charity, when the scandal resurfaced.

The controversial bride was charged with one count of deceiving another to benefit self, appearing six times in the Magistrates Court of South Australia between August 2015 — March 2016, according to court documents. The charge was later withdrawn by the prosecution. 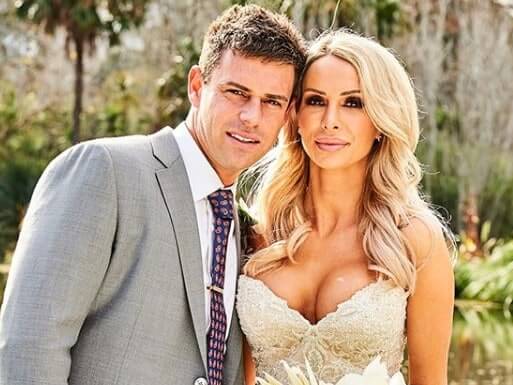 The prosecution alleged that Stacey Hampton claimed almost $4k in payments and “deceived various members of the Department of Education family day care and claimed childcare that she wasn’t entitled to.” She denied the allegation. Hampton reiterated that the charge was dropped after the police investigation, when asked to comment on the case.

Stacey Hampton went on to complete her law degree and was admitted as a barrister and solicitor of the South Australia Supreme Court. She said she informed the SA Law Society about the case, and was deemed fit to be admitted as a lawyer.

Stacey Hampton, 26, was engaged to the biker gang boss before splitting in July 2017. The duo shares two sons, Kosta, 4 and Kruz 2.

In February 2019, Shane Michael Smith, was convicted and fined $3.5k for assaulting two bouncers outside a nightclub in Bendigo, on August 6, 2017. A fight broke out between six “bikies” — members of outlaw motorcycle gangs — and other partiers on the dance floor after an altercation in the smoking area. The brawl left one patron unconscious and in a local intensive care unit for nine hours, and another with a broken jaw. Smith was originally hit with ten  charges, but police eventually dropped seven. 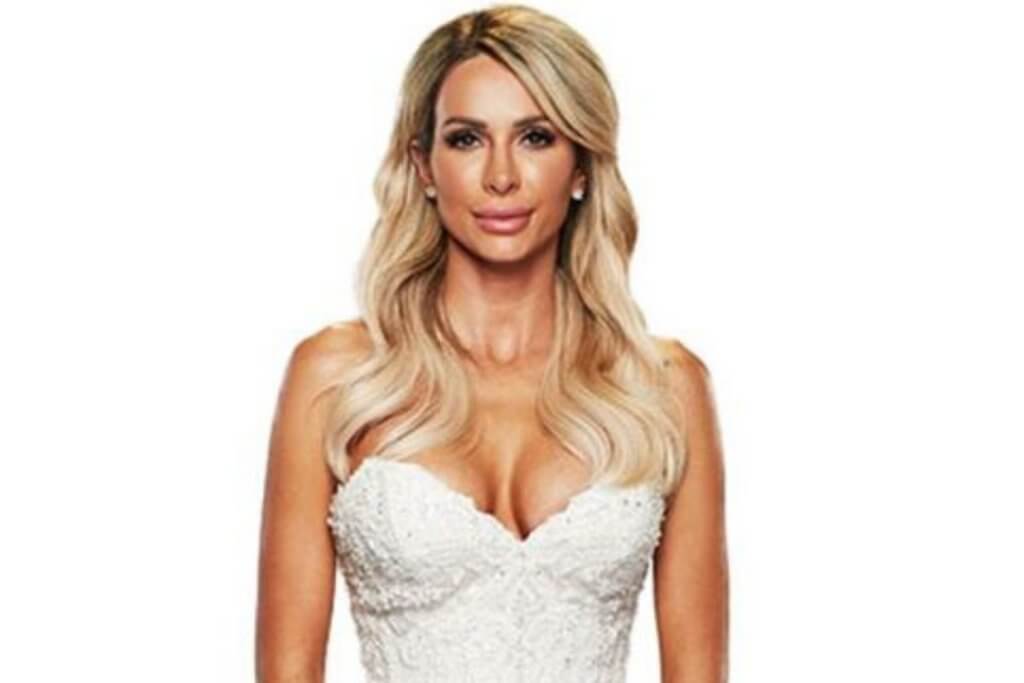 She defended her ex in an interview with Who magazine, in February 2020.

“He’s honestly the greatest person and I think he’s ashamed of his past,” she said.“I met him when I was really young, 19, through mutual friends and I wasn’t aware of his lifestyle but I feel for him so quickly.”

Stacey Hampton was slammed as a “bride from hell” after snubbing her MAFS “husband,” Michael Goonan, because he didn’t fit her ideal mold, “masculine” and heavily tattooed, like Shane Michael Smith. 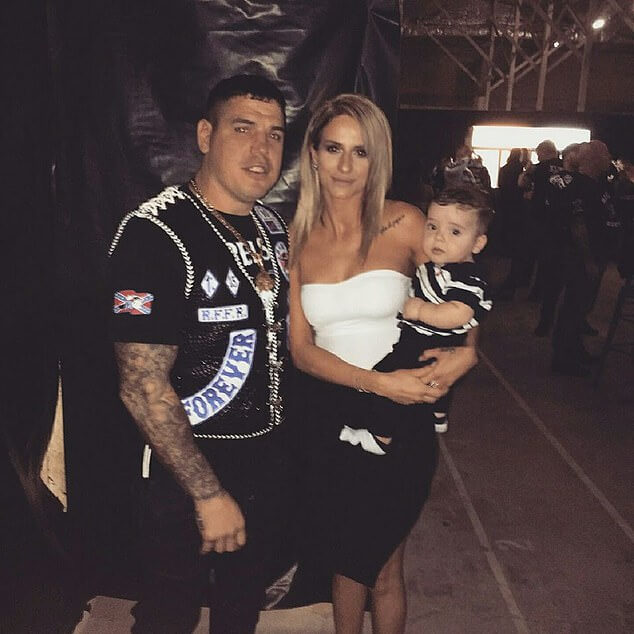 Stacey Hampton with ex Shane Michael Smith and their child

Stacey Hampton was initially unimpressed by her Married at First Sight mate, but warmed up to Goonan during the couple’s honeymoon. An in-the-know source reports that the duo’s relationship is a rocky one.

Later this season, Stacey Hampton will be accused of cheating on Michael Goonan with fellow Married at First Sight groom, Mikey Pembroke. She denies the cheating allegations but text messages proved she’s a cheater, AllAboutTheTEA.com can confirm.

As a result of her cheating, Stacey Hampton and husband, Michael Goonan, split earlier this year.