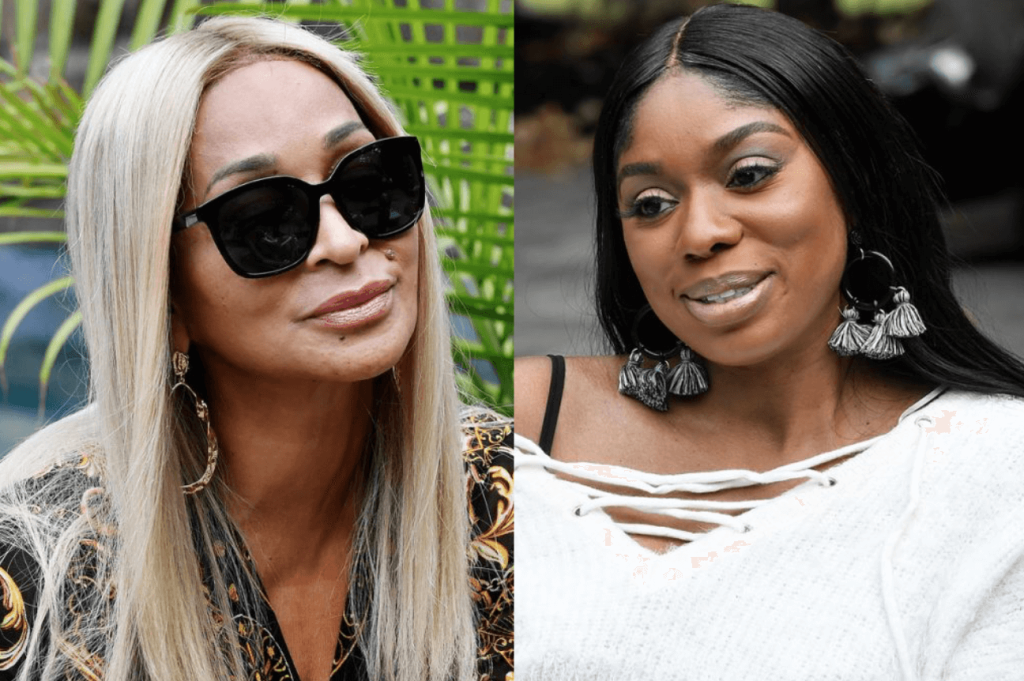 The Real Housewives of Potomac newcomer, Wendy Osefo, is trying to make a name for herself in the Housewives landscape by going after the grande dame, Karen Huger.

Wendy Osefo joined the ensemble cast in Season 5 — as a friend of Candiace Dillard. She’s an assistant professor in the Doctor of Education program at the Johns Hopkins School of Education. 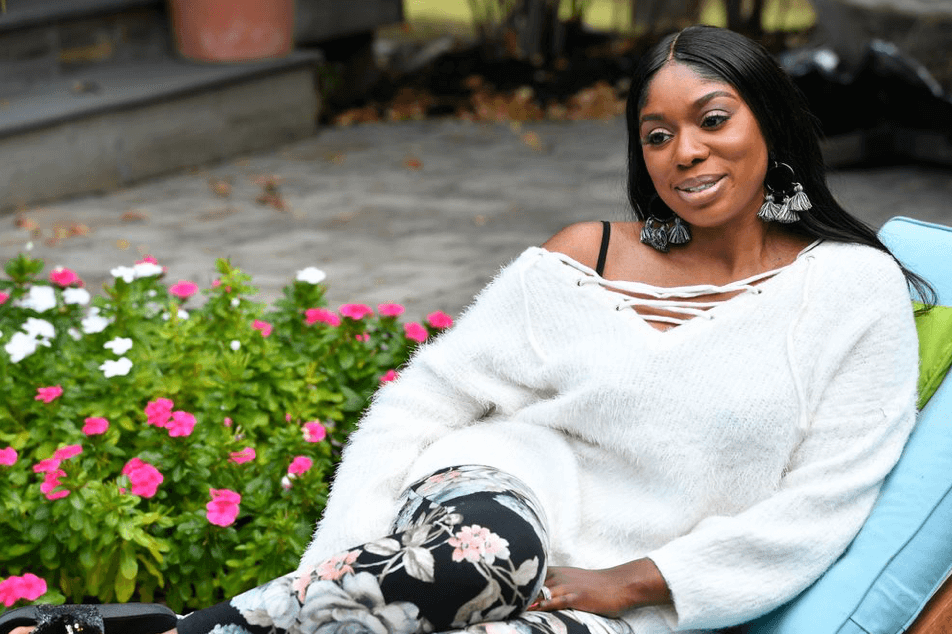 On the premiere episode that aired on August 2, Karen Huger said she barely knew the rookie but admitted they served on a board together. She also made it clear that she wasn’t impressed with the professor. 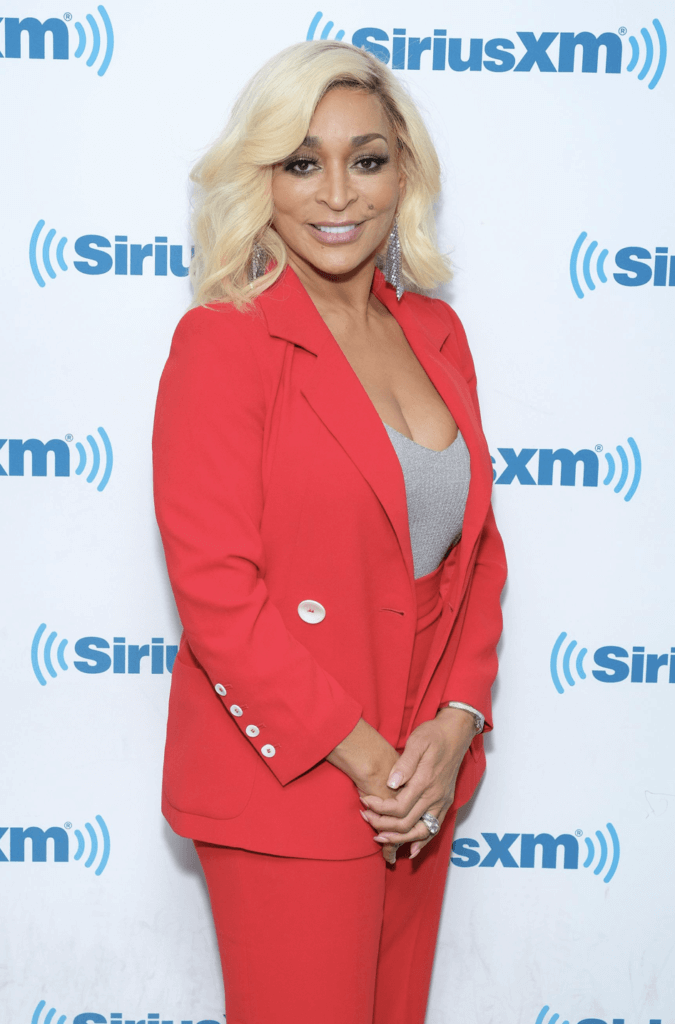 That did not sit well with Wendy Osefo, who took to Twitter to throw shade at Karen Huger.

Karen Huger initially wrote, “What do you mean. I act like I’ve never met you. I just said hello to you at Candice’s party last night.. I met you briefly on the carpet and heard your voice a few times during phone conversations when we briefly served on the same board. So far #notimpressed #RHOPWatchParty”

Wendy Osefo clapped back by trying to belittle Karen Huger — using the term “Karen,” “I wouldn’t be impressed with a young, educated BLACK woman, raising her young BLACK boys in today’s America if I were you as well.I should stop speaking out against injustices against BLACK people and start selling perfume. It makes sense your name is “Karen”???‍♀‍ #RHOPWatchParty.” 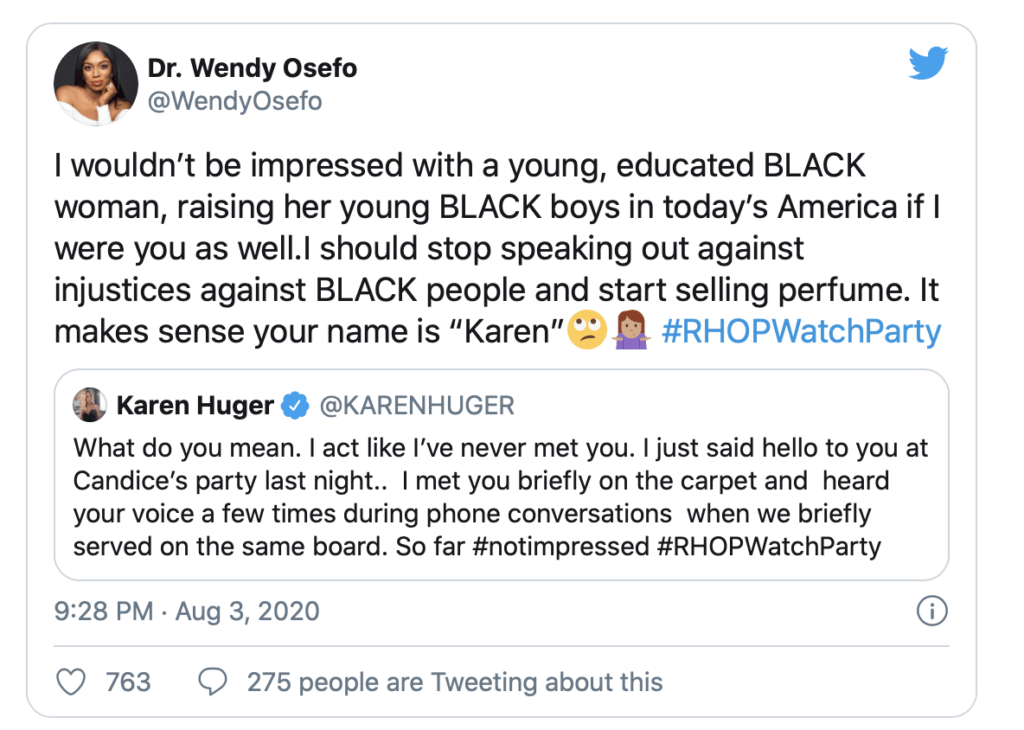 Karen Huger responded to the “Karen” diss by letting Wendy know she was moving too fast, “WAY TOO SOON FOR THE KAREN MOVE LOL!! Slow it down slow it down.”

Karen added, “My smile at this inappropriate tweet is MY CHOICE. I remain THE KAREN that WE STAN for. I will not be a part of a campaign to promote hate/division in our country. This gift, I respectfully return to sender unopened. CLEARLY, this one belongs to her and her alone. #RHOP.” 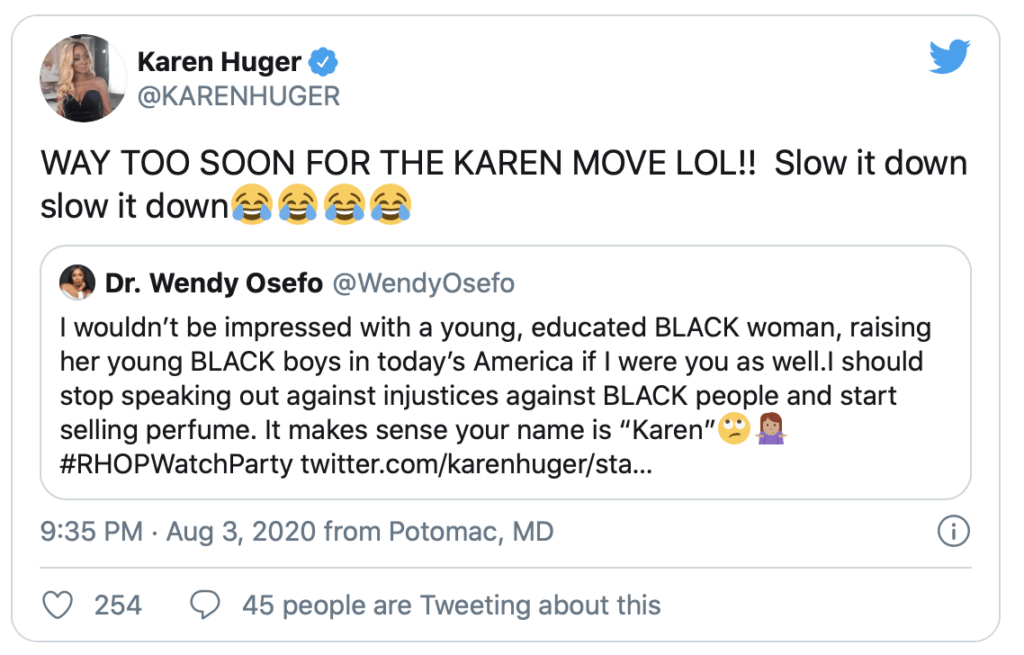 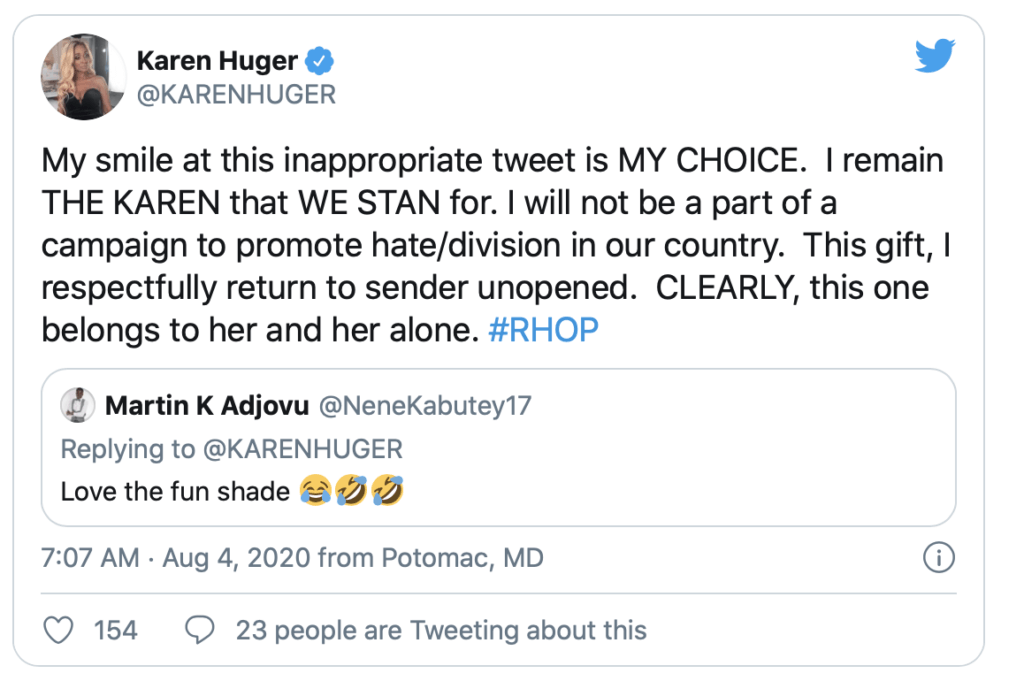 Real Housewives of Potomac costar, Robyn Dixon, chimed in with, “Well, welcome to the party @WendyOsefo.” Another fan wrote, “An educated black woman should not tear down another black woman for owing her own business. Plus you all ended up on the same reality show so there’s no need for the who’s better than who.”