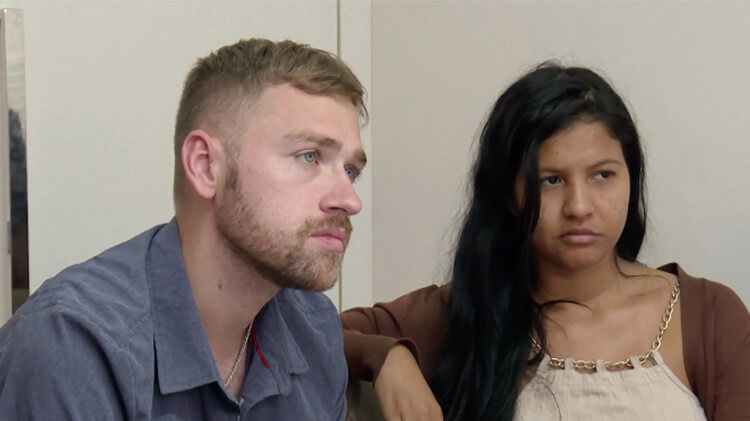 Paul Staehle informed fans of Karine Martins and son Pierre’s disappearance on Friday, July 31, via Instagram story. “I’m in the hospital waiting to get the results back now,” Paul said while lying on a hospital bed. “Karine’s gone with Pierre. I don’t where they are.” 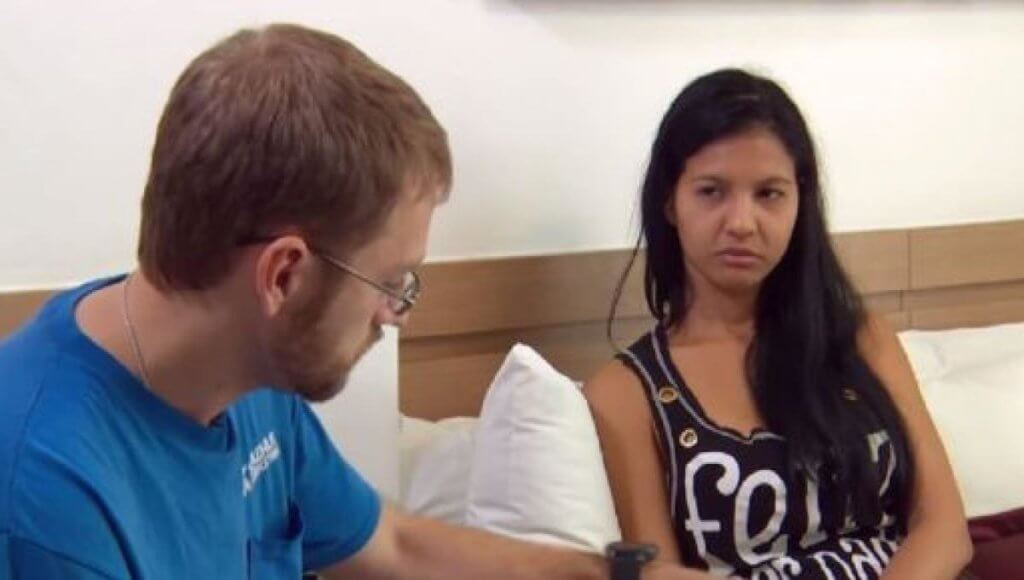 Paul Staehle, 37, said his neighbors informed him that Karine took off with the couple’s 17-month-old son in another man’s vehicle. 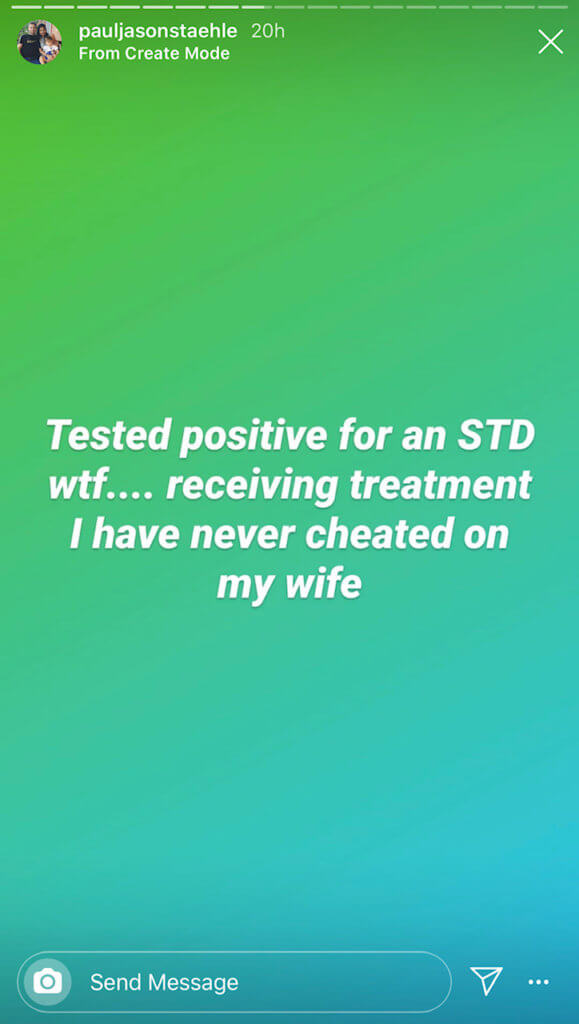 Before Karine Martins and Pierre’s disappearance, the troubled couple had been fighting about infidelity and sexual abuse.

Paul Staehle accused Karine Martins of hanging out at another man’s home and drinking beer in front of their son.

Meanwhile, Karine filed a restraining order against Paul — accusing him of sexual assault. The 23-year old mom said her husband rapes her and forces his pen*s into her mouth.

According to the complaint below — which Paul Staehle shared on Instagram — Karine Martins also accused him of being controlling and not allowing her to leave the house. 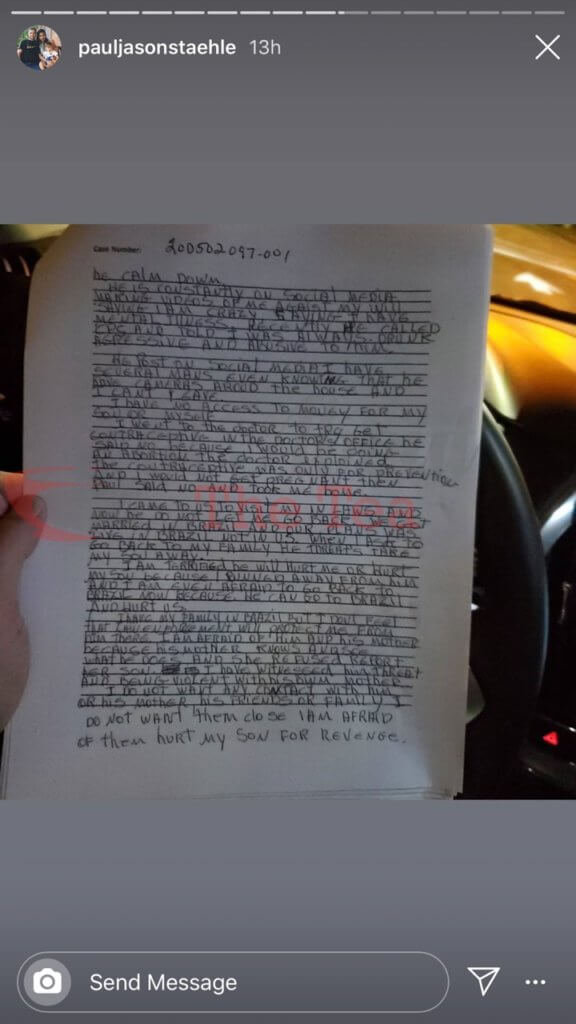 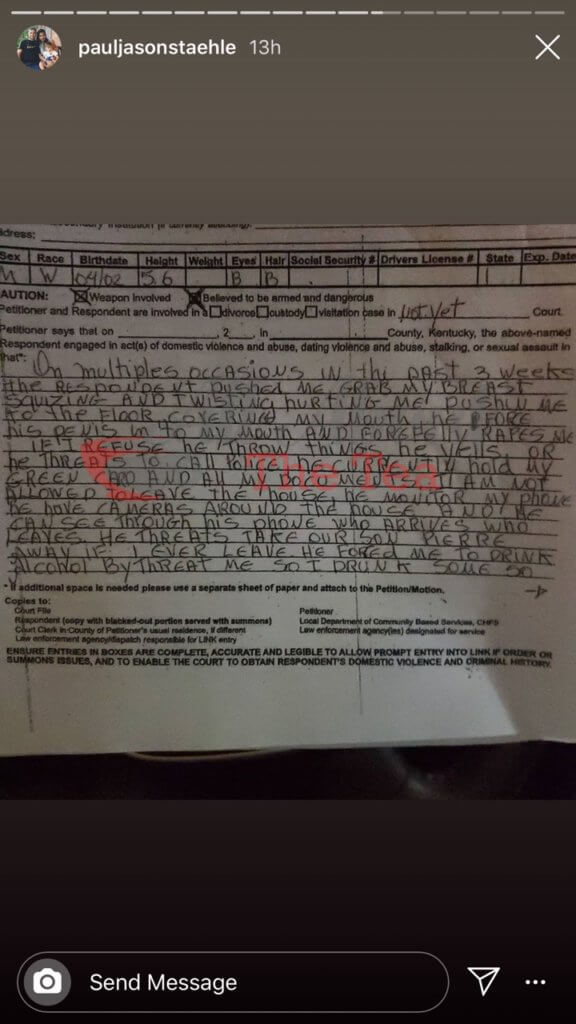 Karine Martins also alleges that Paul called CPS on her — claiming she gets aggressively drunk in front of their son, Pierre.

News of the couple’s latest fight was extremely shocking to fans as the couple recently confirmed that they were expecting a second child.