Teddi Mellencamp confronted Denise Richards during a filmed Italian dinner, forcing her to address her alleged fling with RHOBH alum, Brandi Glanville. Denise was also put on the spot over Brandi’s claim that she  had dragged many in the cast behind their backs.

Denise Richards denied the reported affair and the cast beatdown — but will the actress be proven a liar?

Fans have been taking sides in the messy drama, and both Brandi Glanville and Teddi Mellencamp — the head “sh*t-fu*king-stirrer, ” were hit hard on Twitter, as Wednesday’s episode played out. 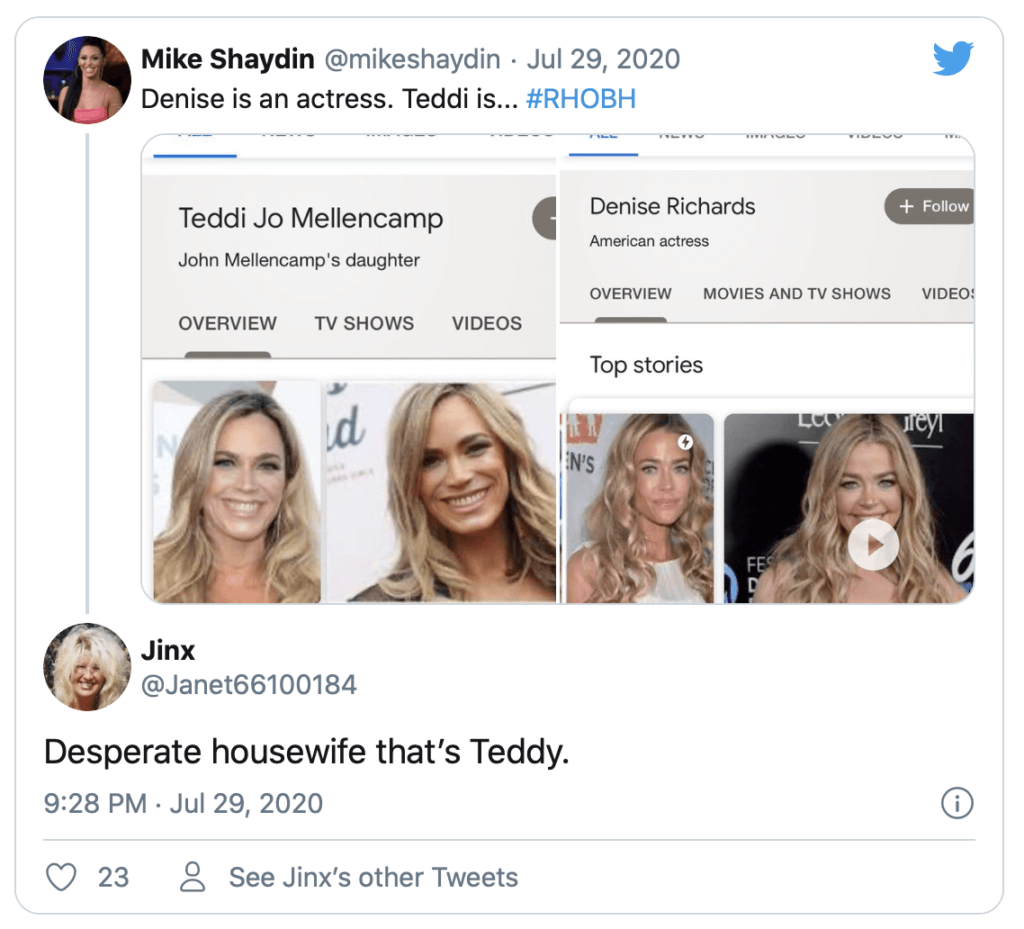 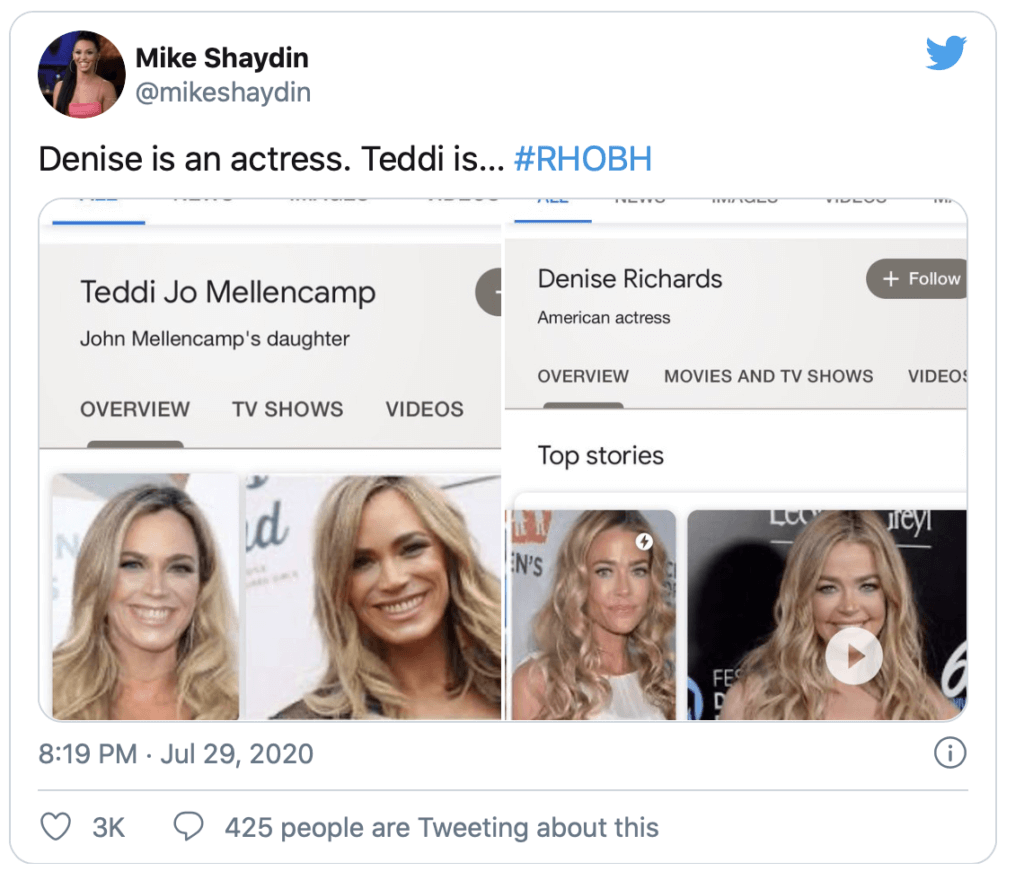 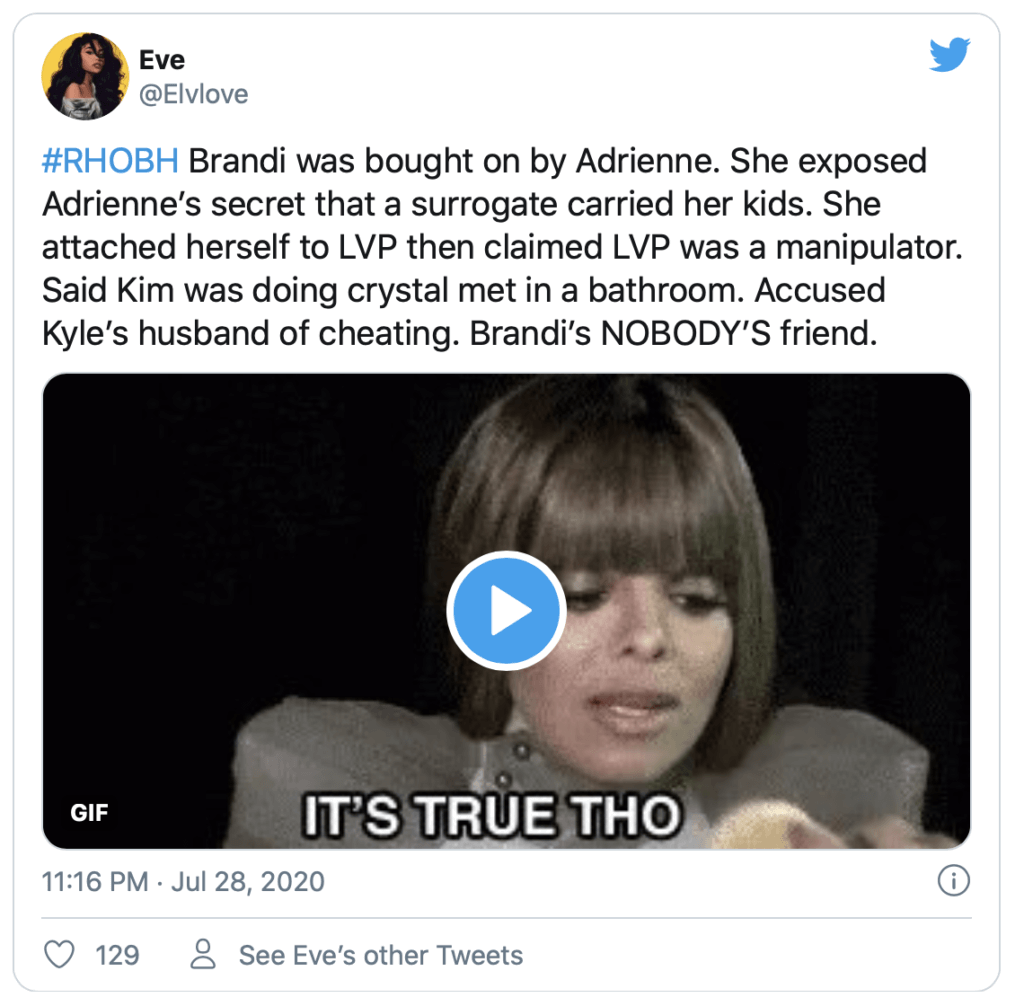 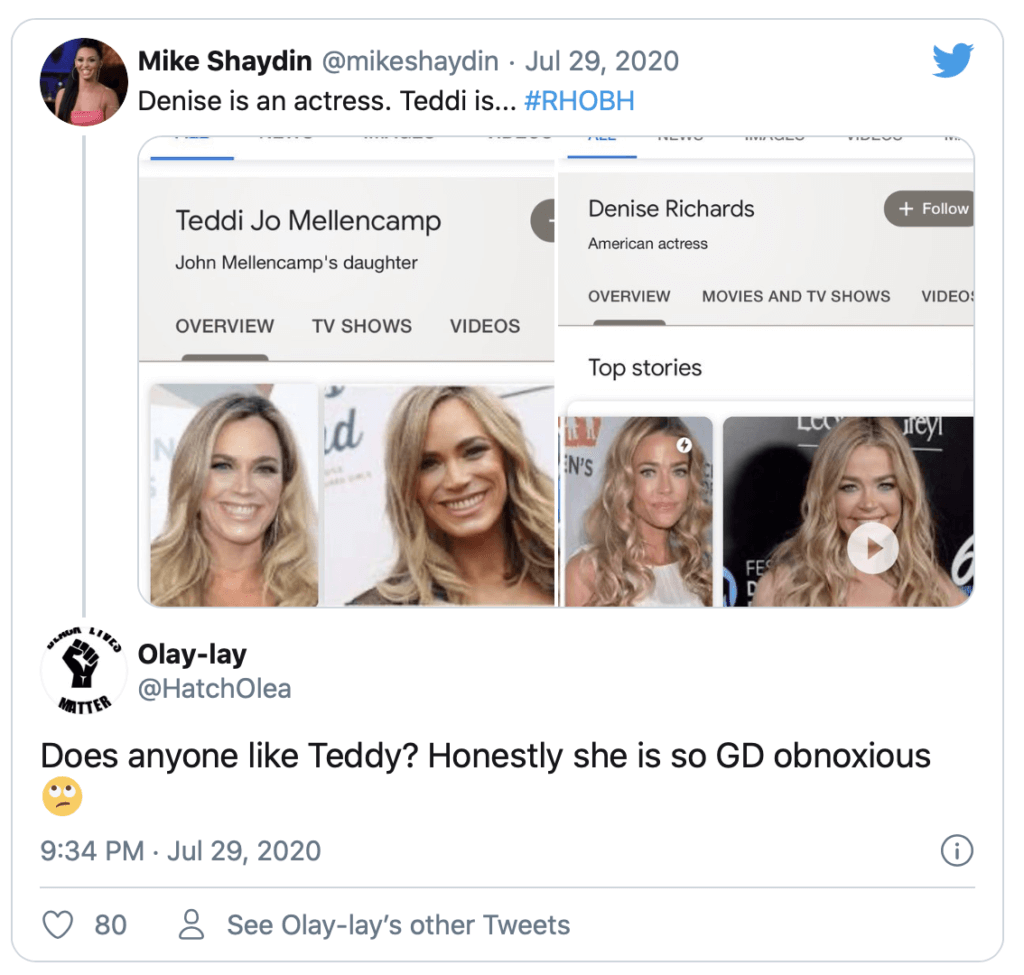 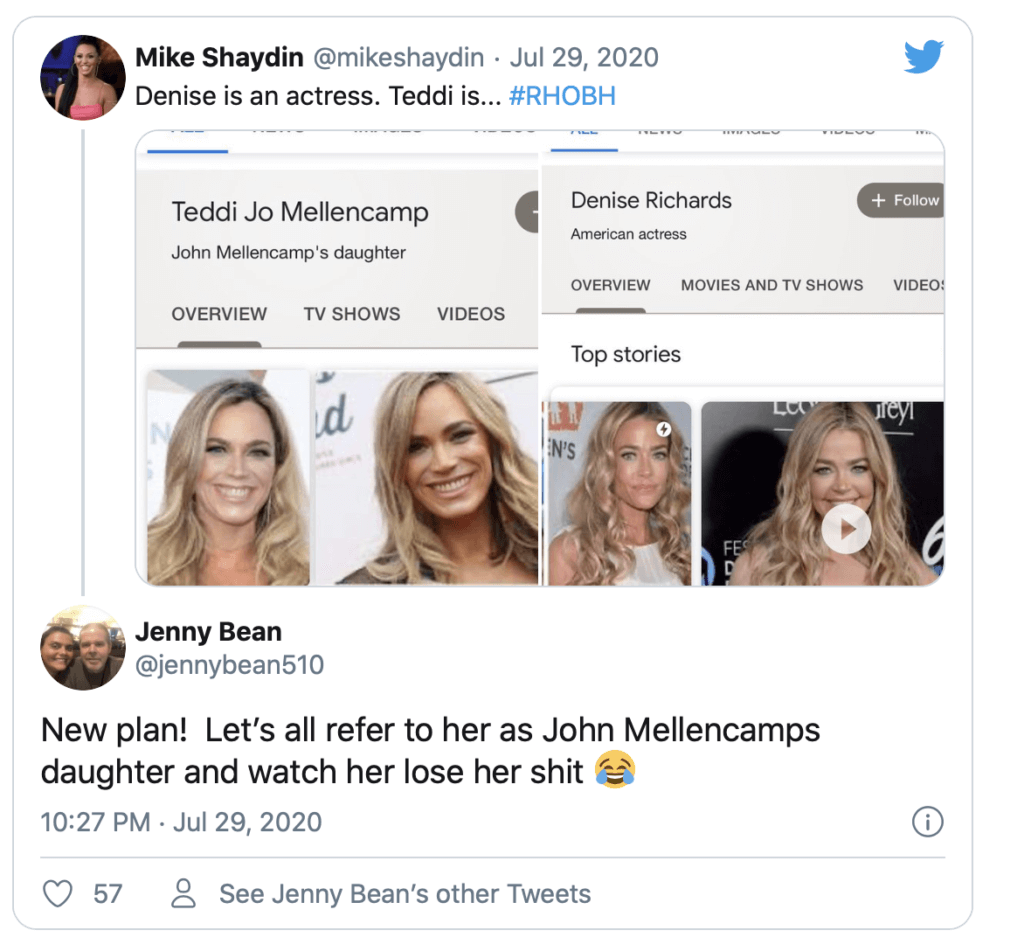 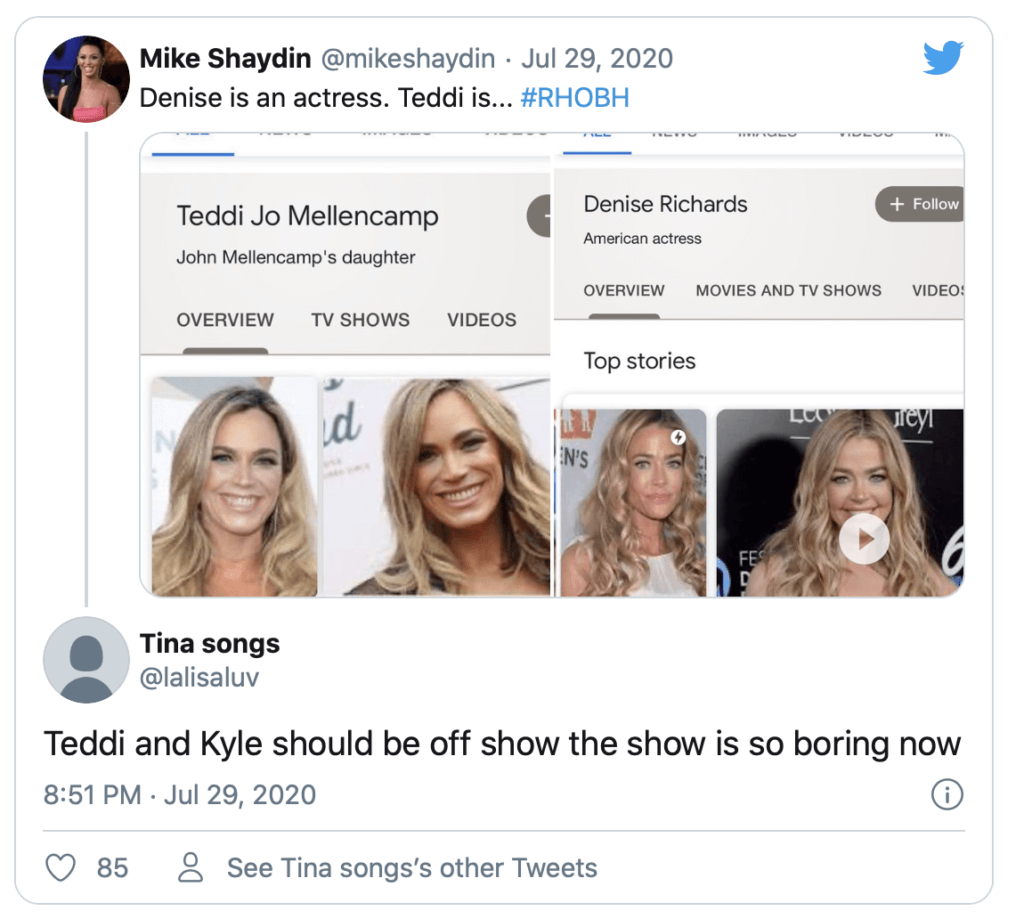 Watch the drama unfold on The Real Housewives of Beverly Hills, Wednesdays at 9:00 p.m. ET, on Bravo.