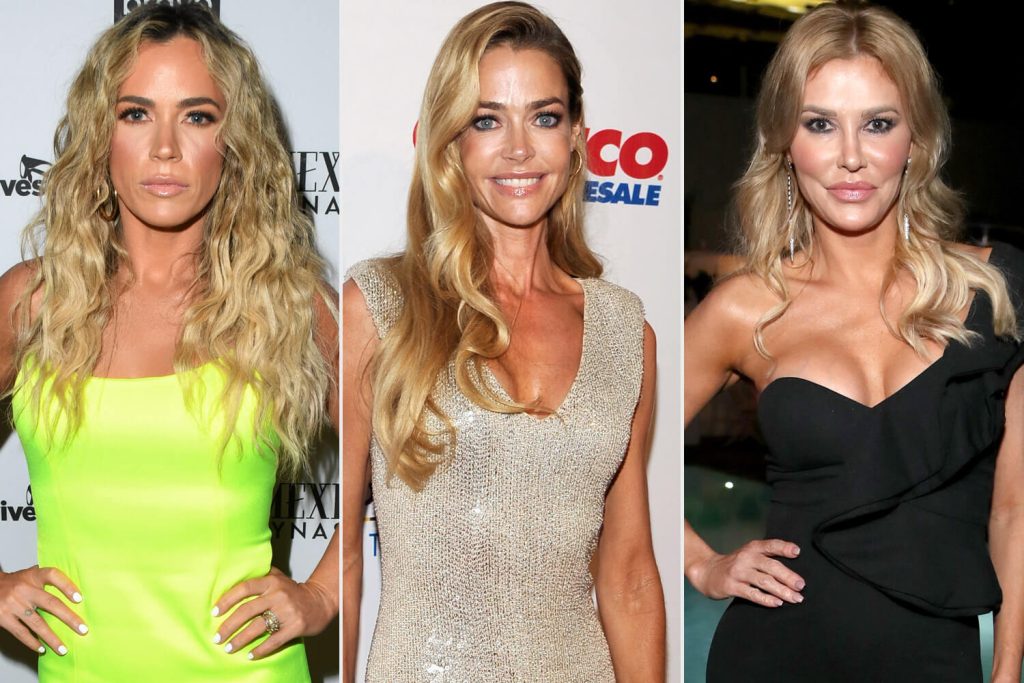 The Real DADS of the Real Housewives of Beverly Hills?

Guy Glanville, father of Bravo alum, Brandi Glanville, is clapping back, defending his daughter after Denise Richards accused her of lying about their alleged affair.

Denise Richards’ father threw the first online punch — declaring that he had raised Denise Richards right, and that he was proud of the way his daughter had navigated the Housewives drama.

Fans watched Brandi Glanville dish about the alleged fling to Kyle Richards and Teddi Mellencamp on the most recent episode, warning them that Denise was “not who she pretends to be.” The whole scene reeked of a setup, and fans clobbered Kyle on social media as the episode aired, accusing her of launching a gaslighting campaign against Denise. Denise’s father jumped to his daughter’s defense, which prompted Guy Glanville to do the same.

Guy Glanville spoke to fans from home, assuring his followers that Brandi only speaks the truth. “My daughter may be many things, sometimes an asshole, but she’s not a liar.” 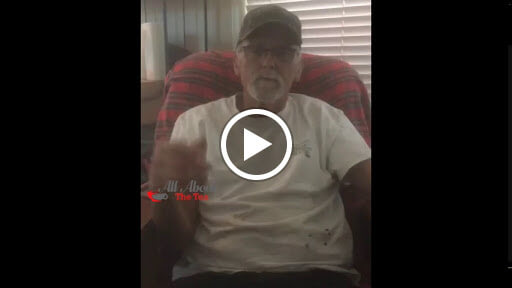 Brandi Glanville posted the vid to her own Instagram page over the weekend, captioning the share, “I’m such an #AssHoe I love my dad for blindly making this video!! I said @teddimellencamp dad had her back & that DR’s popped in so this is my dads (I mean Santa’s take).” 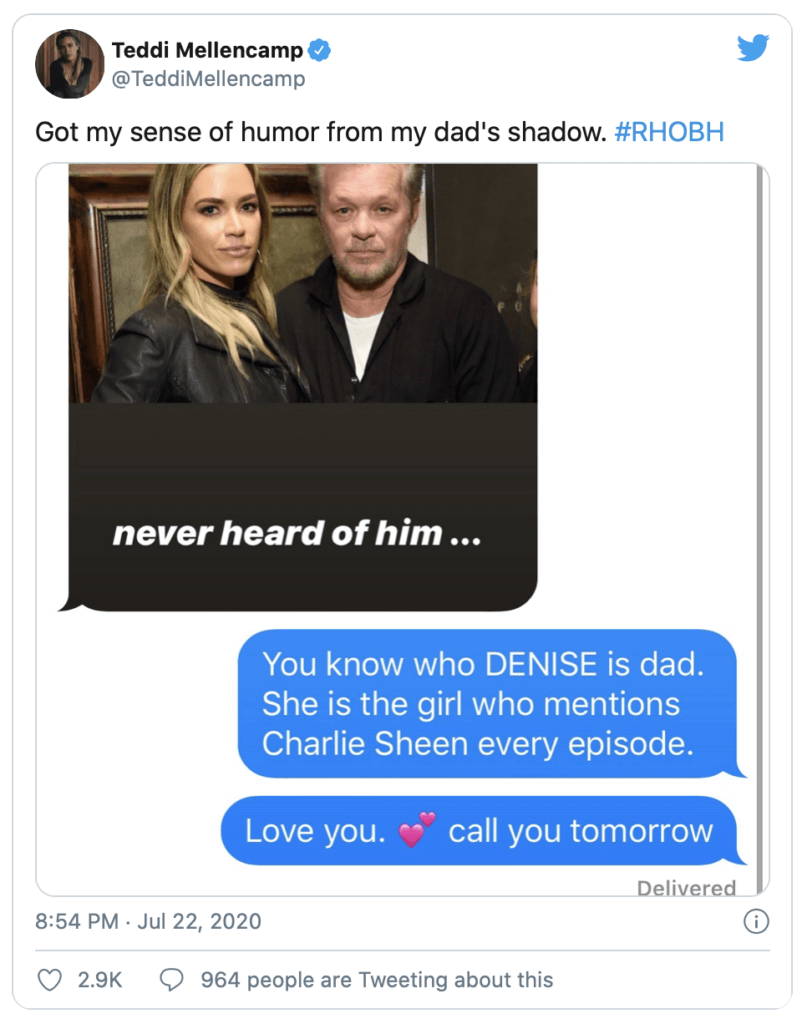 “I never said you live in your dad’s shadow. Ever. I don’t care what you were told,” Denise said.

“I was hurt you felt the need to share a salacious untrue rumor about my marriage, especially given you are the daughter of a famous father & know what the potential impact could’ve been with my kids & family,” Denise added. “That is all I have ever said about your family.”