The Real Housewives of Atlanta star NeNe Leakes and alleged newcomer, LaToya Ali, got into a heated exchange of words on social media on Friday, July 24.

The feud began when Canadian YouTuber, LaToya Ali, responded to a series of tweets NeNe Leakes posted accusing someone she works with of being a sociopath — who took advantage of her for their gain.

”You see there’s something wrong, you know something is wrong, but you do nothing to stop it. Why? Do you lack empathy?” NeNe tweeted on July 25.

NeNe Leakes continued, ”have you ever worked with a sociopath who used you for their personal gain to achieve what they want for themselves?” Adding, ”we are powerful in numbers.” 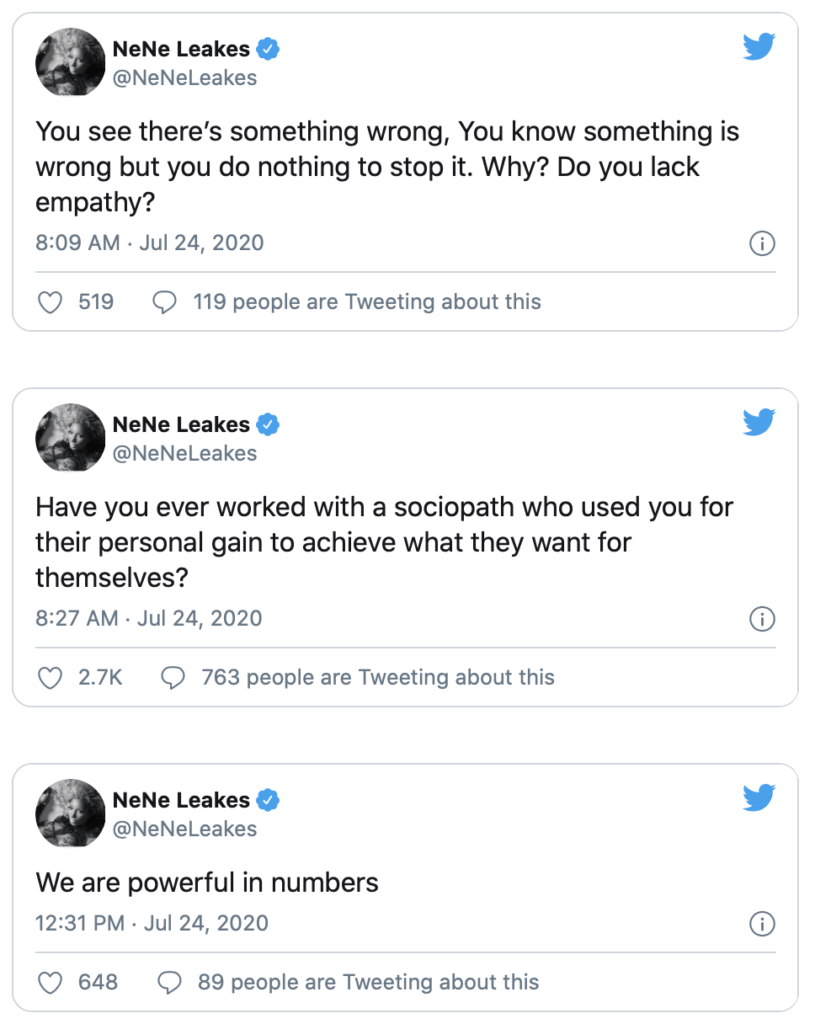 On Saturday, July 25, NeNe Leakes continued with another cryptic message, “We can not allow them to continue to Pit us up against one another! Tarnish our name, brands and all we’ve worked for. This is common practice! They build you up then tear you down #staywoke #wearepowerfulinnumbers.”

Triggered by the OG’s comments, LaToya Ali, went on the attack — accusing NeNe Leakes of lacking empathy towards black women. LaToya Ali then dropped a bomb with claims that NeNe got her aunt fired from a job in Toronto, Canada.

”NeNe, you lack empathy for black women. As a result of your diva behavior, my aunt lost her contract in Toronto because of your comments towards black women, leaving a black woman’s job in jeopardy. Remember when you appeared on the shopping channel?” LaToya Ali wrote on July 24.

A former employee of The Shopping Channel (TSC) jumped to NeNe Leakes’ defense and revealed that LaToya Ali’s aunt was the one at fault.

“That’s incorrect, LaToya. Your aunt lost her contract because she came in a date she wasn’t scheduled as a guest and waited outside of NeNe’s dressing room for most of the day, essentially stalking her. Then she borrowed clothing from the collection to wear and take pictures with NeNe. She wasn’t authorized to do any of that, and technically she shouldn’t have even been in the building at all. I worked for the network at the time and was styling that show. Your aunt acted unprofessionally period. Don’t put out false information. I have respect for you, but that’s not what happened at all.”

NeNe Leakes acknowledged the former employee for speaking out about the situation. ”Looks like my Canadian peeps from the channel is speaking out! Oh check out Ladiesofsuccessmiami. com and the women entrepreneur factory,” NeNe tweeted. 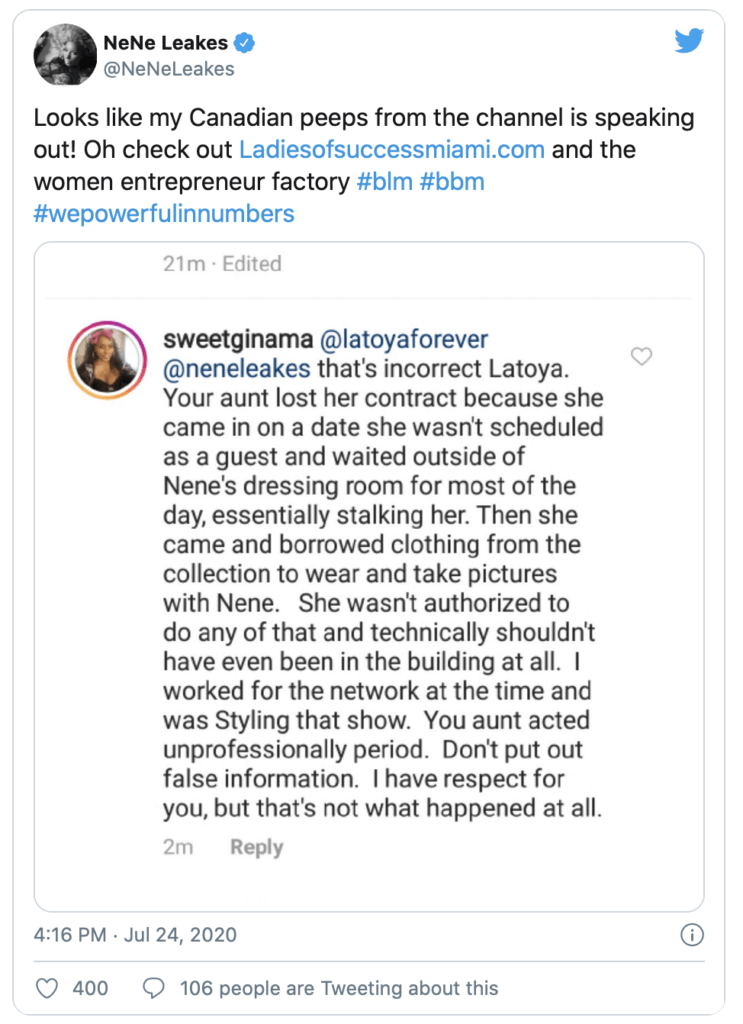 Actress Drew Sidora, 35, and YouTube influencer LaToya Ali, 33, will be joining The Real Housewives of Atlanta for Season 13. This comes after news of Eva Marcille’s departure, announced in June after three seasons. 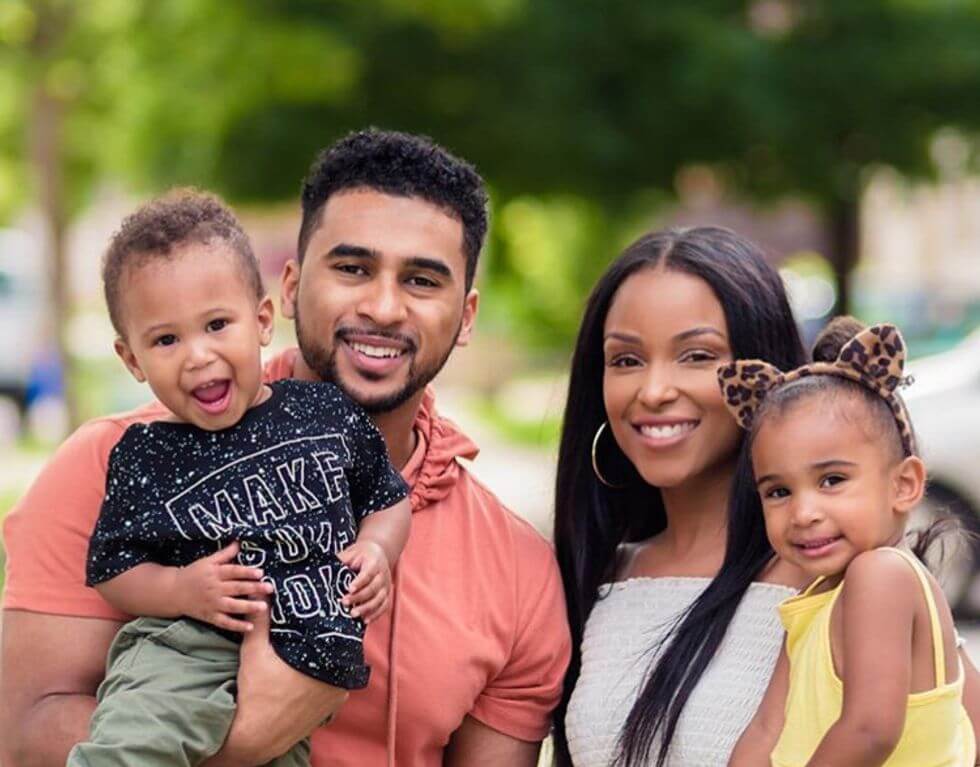 Drew Sidora is a Chicago native and starred on popular 2000s shows “That’s So Raven,” “The Game,” “Hindsight” and TV movie “CrazySexyCool: The TLC Story.” Her latest film, “Influence,” was released in February. 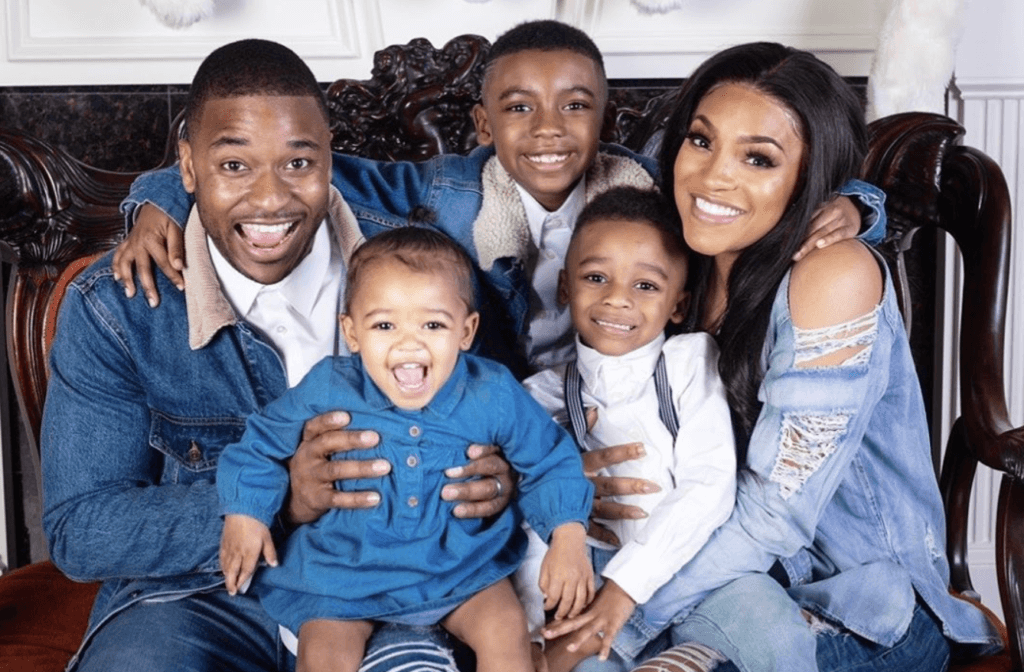