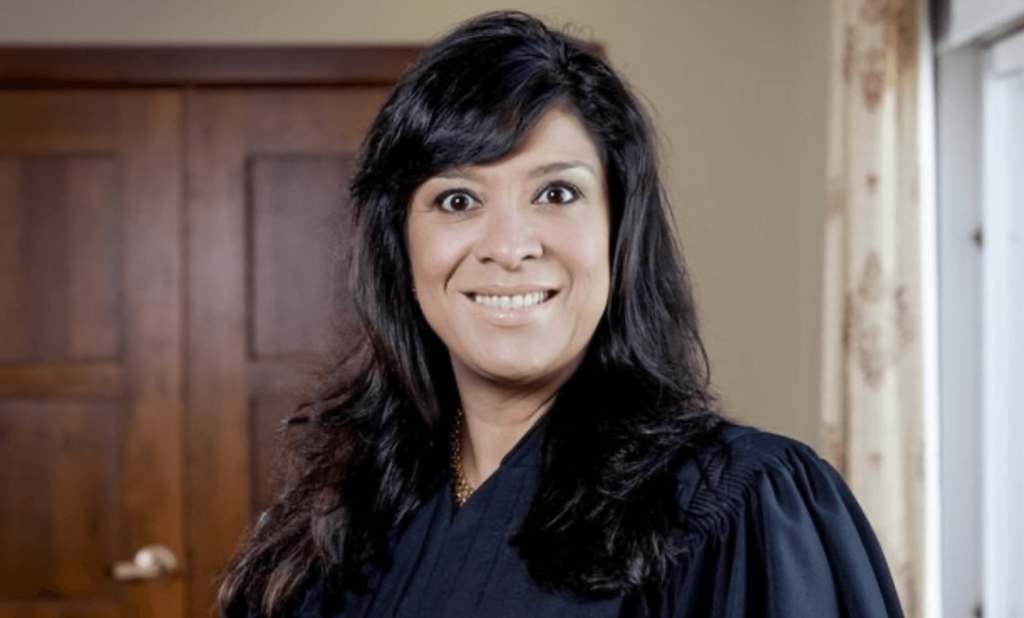 The federal judge that put Teresa Giudice in prison, Esther Salas’ son has died after a gunman opened fire on her North Brunswick home Sunday.

Daniel Anderl, 20, was killed in the shooting and the judge’s husband, Mark Anderl, a defense attorney, was critically injured.

Judge Salas, however, was not harmed.

Both the US Marshals and FBI are investigating the shooting.

According to authorities, Daniel Anderl, opened the door with his father right behind him. The door opened to a hail of gunfire and the gunman fled.

Multiple reports claim that the gunman was dressed in a FedEx uniform. It is not yet known whether the gunman was a FedEx employee or someone posing to be an employee.

Additionally, the 2018 sentencing of Farad Roland, former leader of the South Side Cartel — one of Newark’s most violent street gangs. He was found guilty of federal racketeering charges and sentenced to 45 years in prison by Salas.

The judge was recently assigned to handle a class action lawsuit brought against Deutsche Bank by Ali Karimi on behalf of investors who purchased securities from the bank between November 7, 2017, and July 6, 2020. The complaint alleges that the bank “failed to properly monitor customers that the Bank itself deemed to be high risk, including, among others, the convicted sex offender Jeffrey Epstein,” federal court records show.