NeNe Leakes is turning up the heat on her unidentified bully, the Real Housewives of Atlanta star doubling down on allegations that she’s been mistreated, while teasing that she’s prepared to speak out. Rumors have been circulating about whether or not the Bravo original will return to the Atlanta reality show, or shift gears and focus on her new glam competition series.

NeNe Leakes, 53, alleges that she’s been dealing with mistreatment “since 2008” and  connected her own story with taking a stand for the Black Lives Matter movement.

She shared a protest pic on Instagram over the weekend, captioning the snap — “You can’t silence me! Black Lives Matter! My Life Matters,” adding the hashtags, “bullies” and “fix your wrong.” 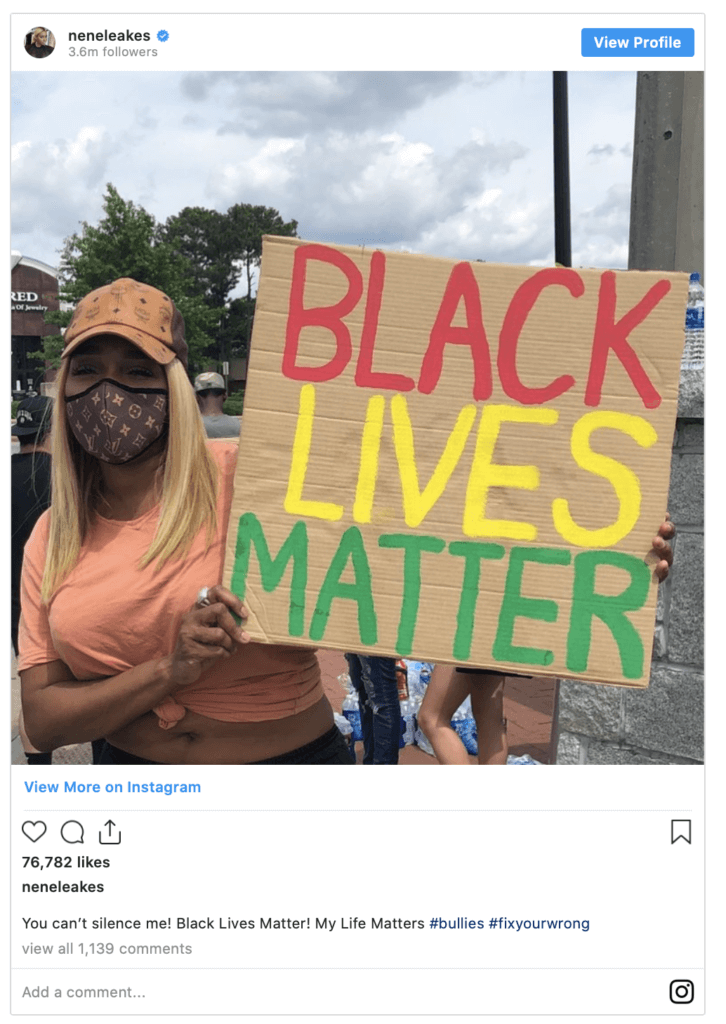 The reality vet rocked a casual T and a Louis Vuitton mask in the photo, the post collecting tens of thousands of likes. The share followed NeNe’s IG Live video, where she compared her situation to the plight of her friend, Tamar Braxton.

Braxton, star of “Braxton Family Values,” was recently rushed to the hospital after an alleged suicide attempt.

Tamar Braxton called out WeTv via a scathing letter to network execs, alleging that she was forced to expose a disturbing secret—-a reveal that she claimed pushed her to suicidal thoughts.

“If I told you the way I was treated, you would not believe it. Same with Tamar,” NeNe Leakes told her followers on Saturday, July 18.

“I’d love to say more but I’m afraid it won’t be received well then I won’t get the support I need,” NeNe added.

“I have remained quiet. I haven’t said anything on it but it’s coming. I will be speaking,” NeNe promised. “I have the right people to speak. Wait for it.”