The crap is hitting the fan behind the scenes of the Real Housewives of New York City — and Ramona Singer is fighting back.

Elyse Slaine and Leah McSweeney are at odds with the OG, and in a recently leaked Cameo video slammed Ramona with the off-the-wall claim that the reality star “sh*ts” when she has sex.

Ramona Singer spoke to the New York Post about the bizarre allegation, and what she believes is behind Elyse’s bathroom beatdown.

“I believe that ‘Real Housewives of New York’ is a classy, elegant franchise, and I think the two of them are degrading it through social media. It really upsets me,” Ramona, 63, told the outlet. “I know Elyse is desperate to be on the show, but she lost a friendship over it.”

Elyse alleges that Ramona “can’t meet a man” in the clip, before Leah chimes in with the purported “tea” behind her co-star’s supposed dry spell — that Ramona “sh*ts during sex.”

“I don’t have a problem,” Ramona fired back. “It’s very defamatory, dispirited and not respectful.”

“It’s too good not to share,” Foley said of the video below. Press play.

Ramona Singer brought Elyse Slaine on board the reality series as a “friend,” but their relationship quickly deteriorated after Ramona was accused of ignoring the newbie. Ramona believes that Elyse owes her gratitude not grief.

Ramona Singer went on the offense, calling out her cast-mates as mean girls.

“There is absolutely no truth to this. These girls are blatantly lying to create fake news in order to try and gain their own fame,” Ramona said. “It is very sad, immature and quite frankly mean girl behavior.”

“Elyse used me for fame and she’s continuing to do that to get what she wants,” she added. “She was never a true friend, she just wanted to be on the show.”

Ramona revealed that she had previously warned Elyse that she would have to stand on her own, and take care of herself.

“I couldn’t say to Elyse, ‘I’m not paying attention to you because I need to do other things to create a good show and you’re not a main character, you’re a side character,’” Ramona added. 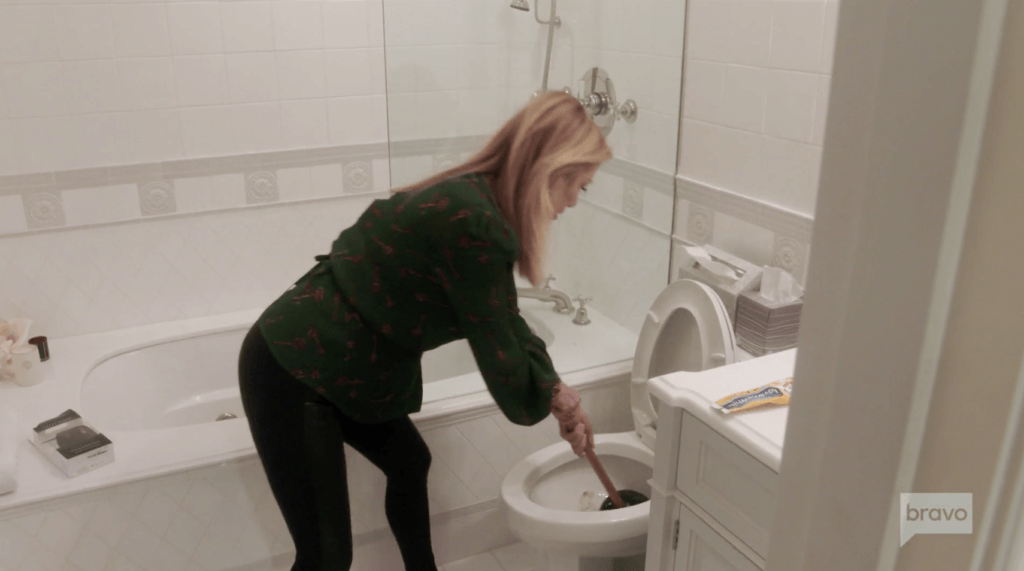 “As far as bowel movements? That happened to all the women in Cartagena, we all got horrible parasites in Cartagena, we all exploded all over the house. And that’s what I guess Leah is referring to, because I don’t have a problem,” Ramona explained, before firing a parting shot.

“Leah doesn’t live up to the franchise, I feel like she and Elyse are demeaning [it].”

The Real Housewives of New York City airs on Thursday nights, at 9 pm, ET, on Bravo.