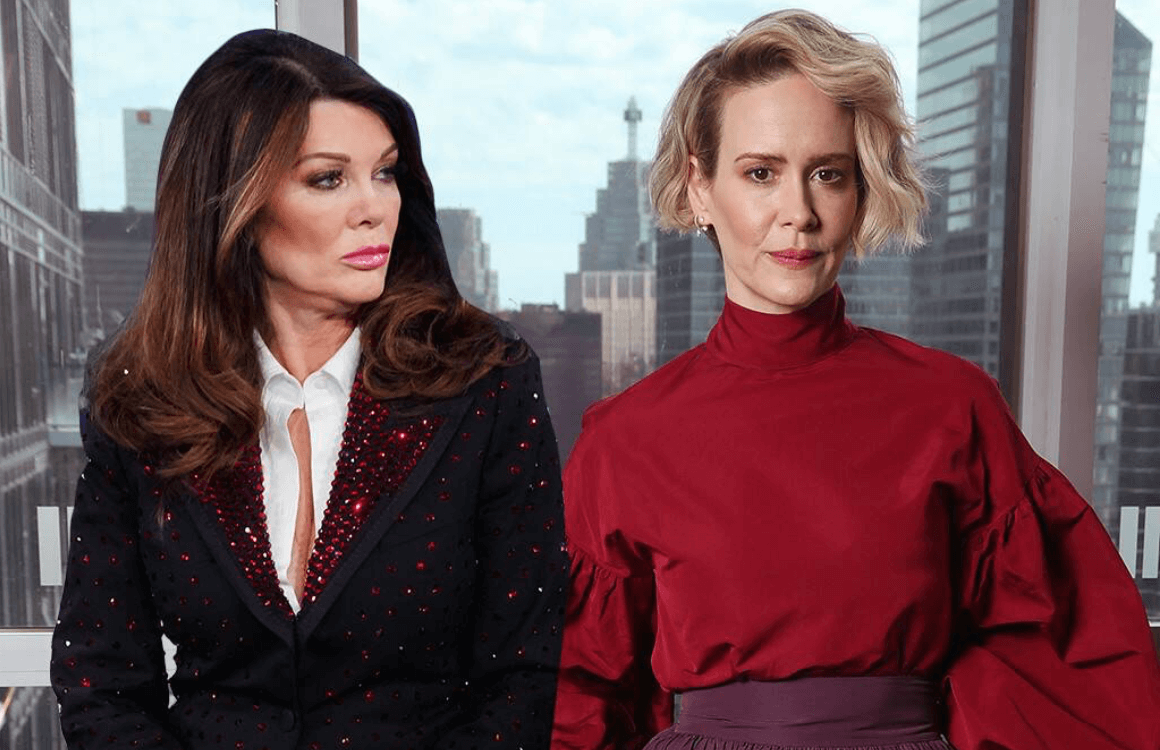 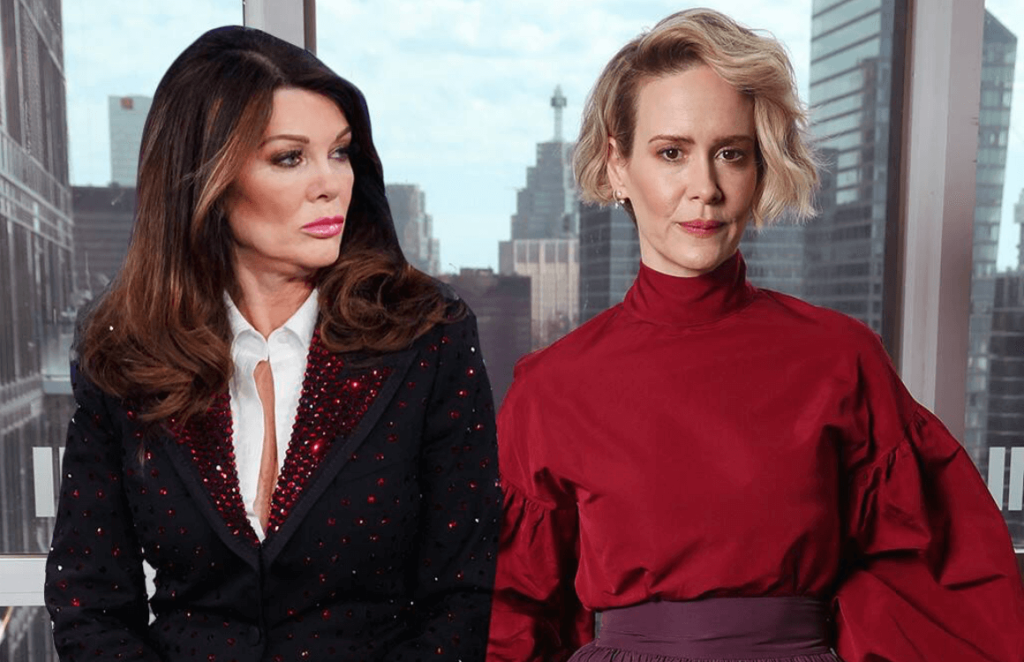 Lisa Vanderpump is calling out Sarah Paulson’s recent claim that she “wasn’t nice” during a party encounter — and is delivering photo proof. The former Real Housewives of Beverly Hills star shared a Twitter pic of herself and Paulson, who was snapped holding Lisa’s beloved dog, Giggy. The ladies were all smiles in the snap, and Lisa used the image to illustrate her confusion about Paulson’s comment.

“Apparently @MsSarahPaulson you are in a picture with me holding my precious lil giggy, I rarely let anybody hold him as he is so delicate, you must be friendly with one of those mean girls. I have no reason to be anything but kind to you,” Lisa Vanderpump captioned the tweet. 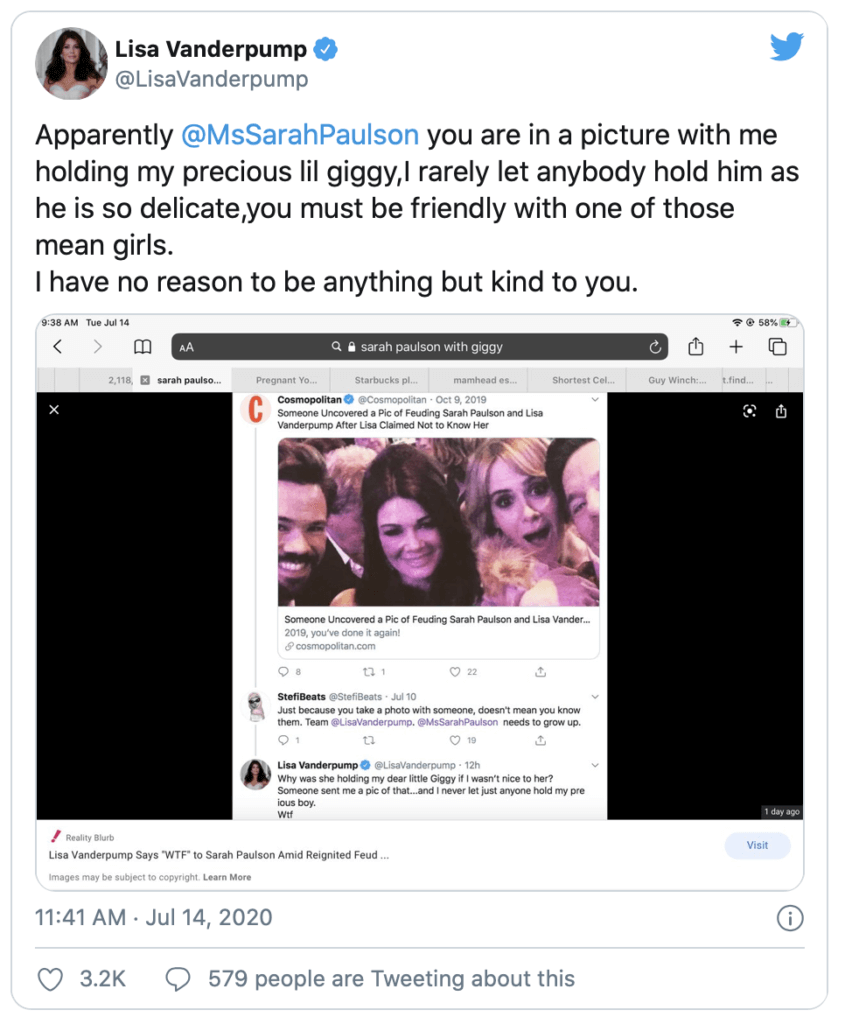 “I don’t want her coming after me on Twitter, but I won’t miss her,” Paulson said in a filmed “Lie Detector Test” video, after she was asked about Lisa’s RHOBH exit. “I miss the dynamic she brings to the group — which is, you know, the fear of God she instills in everyone. But no, I won’t miss her.”

Paulson doubled down during a July 9 appearance on Watch What Happens Live.

“I mean, Andy, it’s that thing where I’m a bit of an idiot in the sense that I was having that lie detector test,” Paulson told Andy Cohen. “They truly strapped everything around me. The guy was sitting there. I somehow felt that if I didn’t answer the question properly I was going to get called out anyway! Listen, bless the fans. Bless the people who have [Vanderpump’s] back. That’s great.”

“I simply said she wasn’t that nice to me. She wasn’t and that’s OK. It wasn’t a character assassination!” she continued, adding that she loved holding Lisa’s pooch. “I was just like, ‘Yeah, I think I probably grabbed the dog out of her hand anyway.’ But I was with other people that I think she liked and she didn’t know who I was. I didn’t expect her to know who I was but I just, you know, she wasn’t that nice.”

Lisa Vanderpump snarked a response after Paulson’s October jab, tweeting, “I am sorry, not sure I know her and I don’t believe or remember meeting her…I try to be nice to everybody lol.”