Lisa Rinna’s sprint back to Kyle Richards’ barbecue has become a popular visual — and the Real Housewives of Beverly Hills star hasn’t been shy about throwing in with viewer vitriol aimed at her former co-star, Lisa Vanderpump.

Lisa Rinna trolled her ex cast-mate in a recent Instagram blast, reposting an original meme from a Bravo fan account. The meme slapped a photoshopped image of Rinna’s RHOBH run on a photo of Vanderpump’s recently shuttered eatery, Villa Blanca. “She just keeps running ?” Rinna snarked over the post. 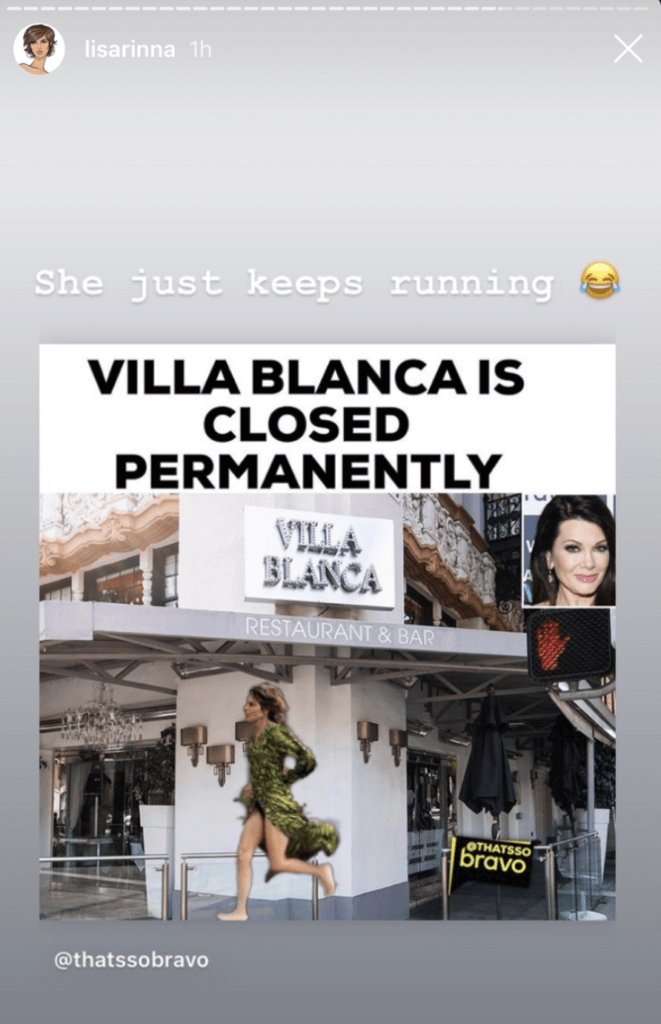 Lisa Rinna has been scoring social media milage from the green blur footage, captured after a tense interaction with co-star, Denise Richards and her husband, Aaron Phypers. 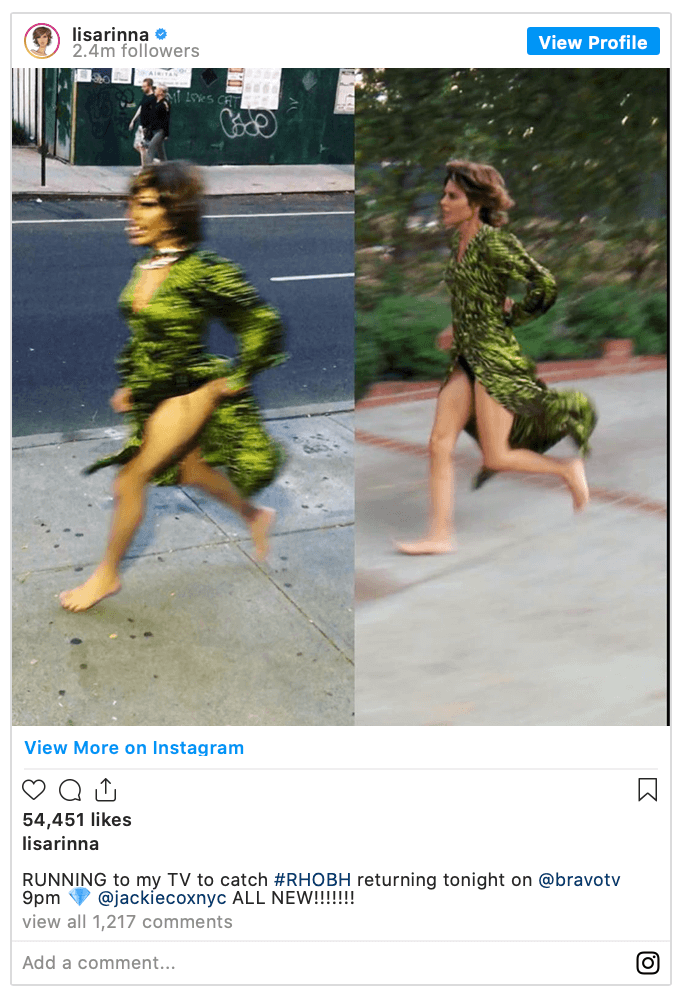 Lisa Rinna and Vanderpump have a messy Bravo history, and fans have noticed  that Rinna has been rocking lots of pink this season — the signature favorite color of the ousted Bravoleb.

Rinna also sounded off on a Page Six comment promoting actress, Sarah Paulson’s claim that Vanderpump was “was not that nice,” after doubling  down on her stance during a recent episode of “Watch What Happens Live.” 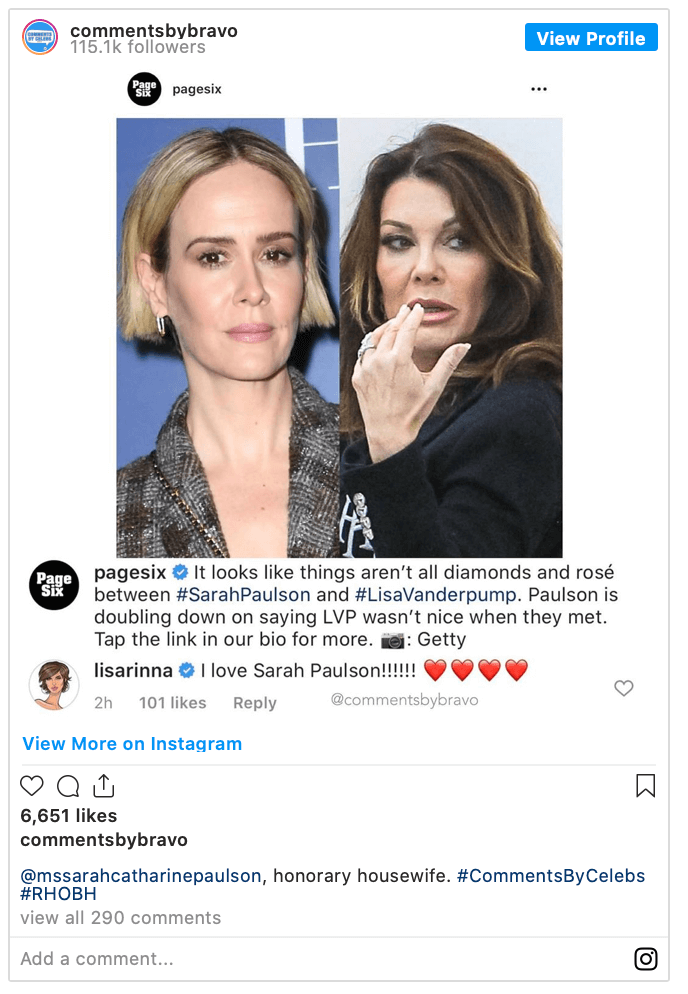 Lisa Rinna was slammed in the comment section for cosigning Paulson’s Vander-shade — but fans are seldom surprised by the reality star’s never-ending hustle for attention.

The Real Housewives of Beverly Hills airs Wednesdays at 9 pm, ET, on Bravo.

Related Items:featured, Lisa Rinna, Real Housewives of Beverly Hills, RHOBH
Kyle Richards Threatens Camille Grammer After She Accused Her of Being FAKE!
Kyle Richards FINALLY Admits She Was Not Supportive of Sister Kim Richards’ Struggle With Alcoholism!
Comments
To Top