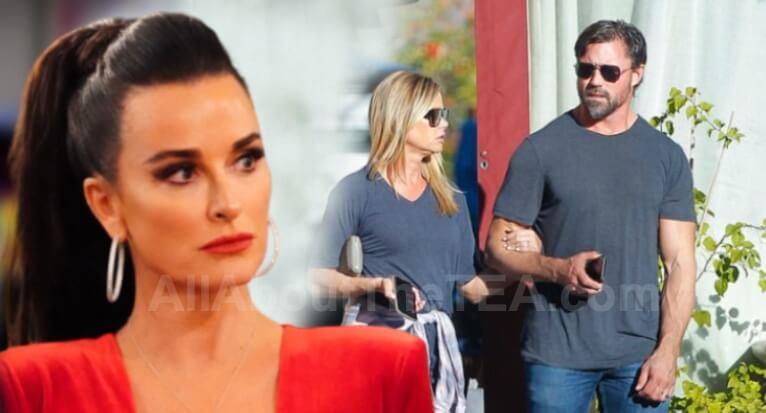 The Real Housewives of Beverly Hills is BACK — and Denise Richards  is not playing games.

In a preview clip of Wednesday’s episode, Denise Richards and Lisa Rinna swap words after Denise and her hubby abruptly exit a cast dinner at Kyle Richards’ home. Fans will remember that Denise had been sparring with her co-stars about exchanging raunchy dialogue around her teenage daughters, before the show broke for a hiatus.

Denise Richards was upset and disappointed after Lisa Rinna challenged her parenting by noting her ex-husband, Charlie Sheen’s escapades with hookers, during a recent trip to Santa Barbara.

“Well, move onto something else, because I’m not the one to do that with,” Denise fires back.

Kyle Richards sounds off about the couple’s flustered departure from her barbecue.

“She was feeling weird, brought him, gave him the heads up about Santa Barbara and he was ready to pounce like a f–king leopard on a rock,” the reality star declares. “And he can go f–k off!”

“All of a sudden, you’re like gone, so I wanted to know that you’re ok! As my friend, if you’re ok,” Lisa Rinna says.

“As your friend, I want to talk to you privately because you hurt my feelings in Santa Barbara,” Denise responds. “But I don’t want [their] f–king opinions in our friendship.”

Denise Richards and Aaron decide to continue their date night with a steak and a visit to a strip bar—which inspires Rinna to deliver an indignant confessional spot.