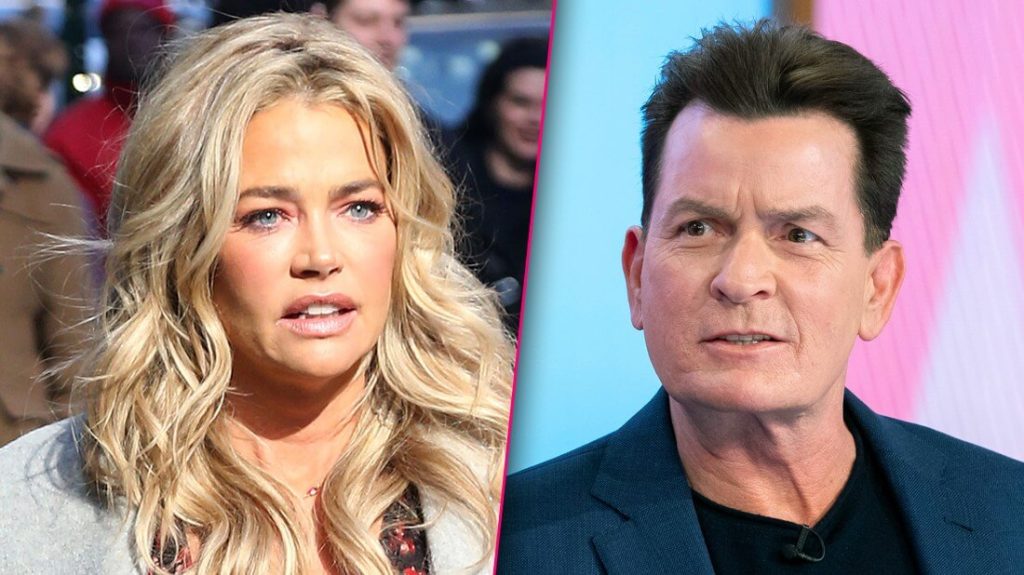 Denise Richards and Charlie Sheen are headed back to court. The Real Housewives of Beverly Hills star will face off against Sheen next month, to fight for child support for their two daughters, Sam, 16, and Lola, 15.

After Denise Richards’ co-star, Teddi Mellencamp referenced the discord between the ex-couple during a recent episode of RHOBH, an in-the-know insider claimed that Sheen had been trying to get the court to lower his child support payments, despite being accused of shirking payments totaling $450k. Denise and Charlie Sheen wed in 2002 and spilt in 2006.

“He feels he’s been extremely generous to Denise,” a source recently told Star mag.  “But now that he’s not working, he’s trying to get the payments lowered.”

Tensions began to rise between Denise and Sheen last year, after the reality star filed court documents claiming that the Hollywood bad boy had not paid support totaling almost half a million dollars. Sheen responded by bashing his ex as a liar and a coward. The insider said that Denise is “disgusted” by the way Sheen had blown through his fortune, noting his past drug use.

“His drug use and partying cost him millions. She’s disgusted that he’s us[ing] his money for that instead of for his children,” the source said.

Denise Richards and Charlie Sheen are expected to appear in court, in August.

Denise is also mom to adopted daughter, Eloise, 8, who appears on the show along with her current husband, Aaron Phypers.

The Real Housewives of Beverly Hills  airs on Wednesday nights at 9 pm, ET, on Bravo.