Lisa Rinna for President? The Real Housewives of Beverly Hills star poked fun at recording artist, Kanye West’s bid for the highest office in the land by throwing her wig into the ring. 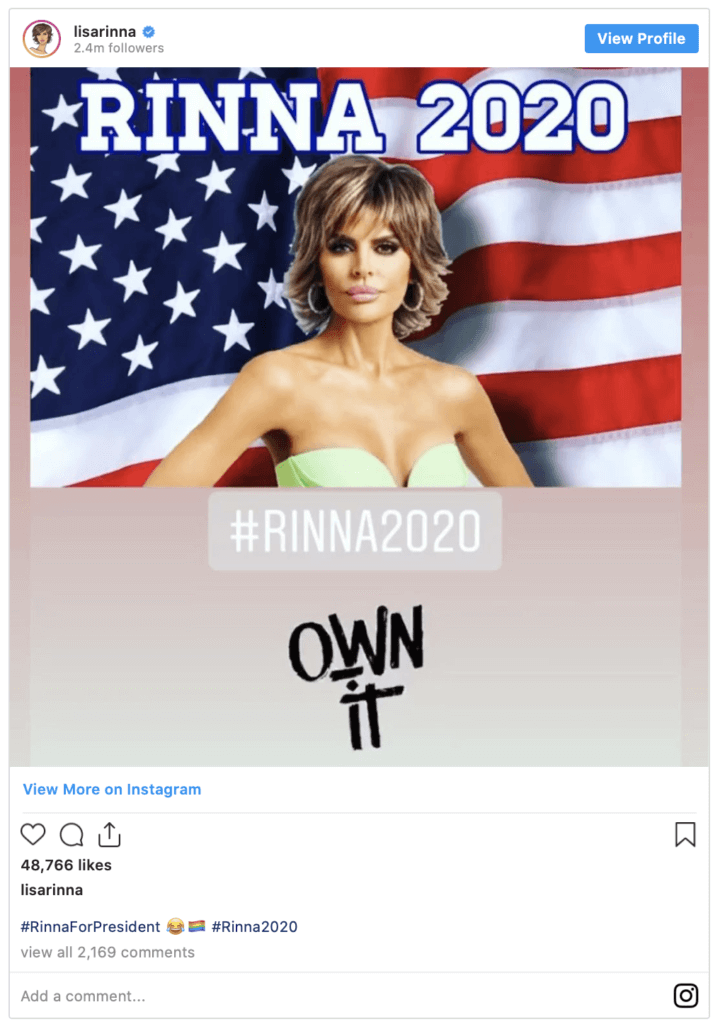 The reality star already has one high-profile supporter, who played along in the comment section.

“Wouldn’t surprise me at all,” famous designer, Marc Jacobs, commented.

Lisa Rinna’s followers had fun imagining their favorite “Housewife” dancing her way into the White House.

“YAAAAAS XANAX FOR EVERYONE,” another follower added.

“Make all visiting leaders dance along with you,” offered a third. 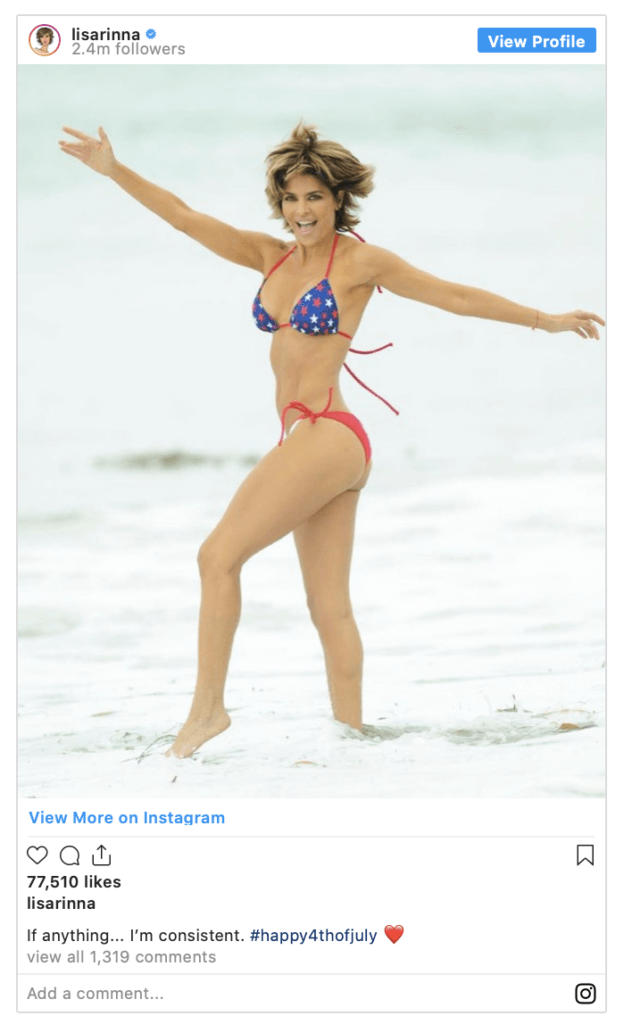 Some fans pointed out the potential debate stage, fantasizing about an epic match-up between Rinna, Kanye, and President Trump.

“A Trump, Rinna, West Presidential debate would be the most iconic thing to happen on TV,” a pumped up fan noted.

Lisa Rinna’s “Own It” campaign bid came on the heels of the Paris Hilton’s announcement that she was also in the running, hash-tagging her platform   #MakeAmericaHotAgain.