This week’s episode of Married to Medicine LA continues with the ladies enjoying their “sis-cation” in sunny Palm Springs. 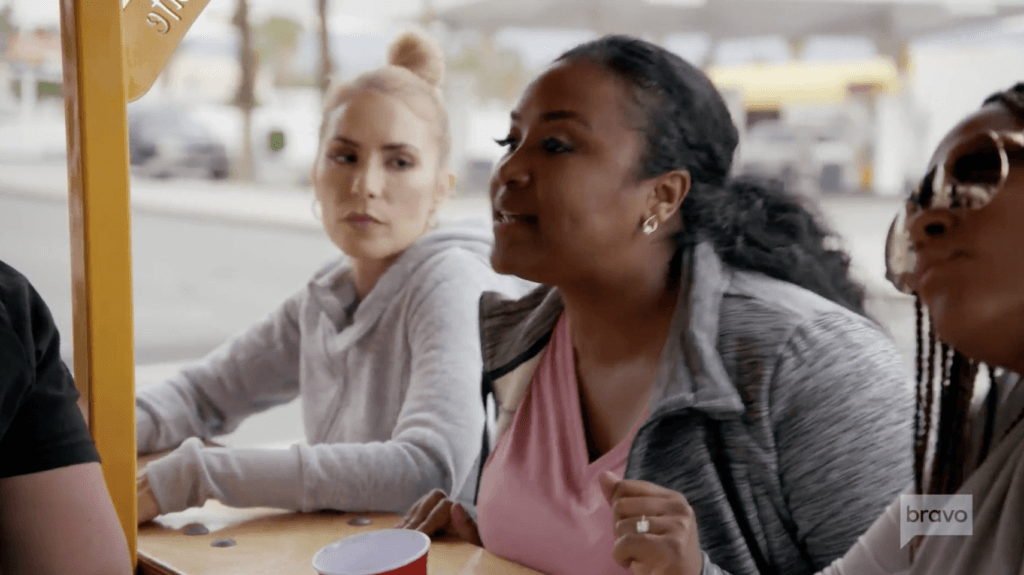 Speaking of Kendra, Jazmin Johnson can’t help but make the pedaling activity a coaching lesson for her student. She immediately starts chastising Kendra for not moving her legs or pedaling enough. As one can imagine, that doesn’t go well and in a tense moment, Kendra accuses Jazmin of “harassing her” and then promptly fires her from being her “health coach.” Later in her talking head, Kendra confesses that having Jazmin as her coach was “overwhelming.” It appears that Jazmin is not too heartbroken by the demotion as she admits she was sick of wasting her time. 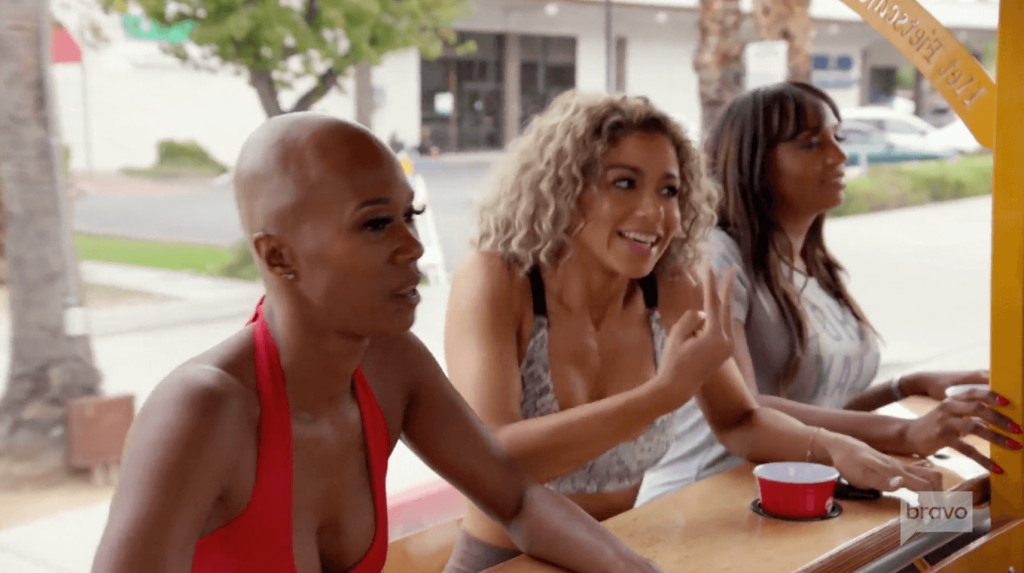 Later that evening the ladies reconvene for Lia Dias’ labels dinner. Once the ladies are seated, it doesn’t take long for Jazmin and Lia to butt heads once again. Lia is noticeably annoyed that Jazmin opted to wear her lifestyle brand label instead of a designer one. “This is more of the same with Jazmin. It’s rules for us but not rules for her. My ass didn’t want to be in lingerie. I wanted to be in my sweat pants but I played along with her. And she can’t even come to my dinner in designer labels? Girl I know you got designer labels,” Lia later vented in her confessional.

The subject of the gift exchange from the evening prior eventually rears its ugly head and Shanique Drummond admits that her feelings were hurt when Dr. Imani Walker gifted her with an air horn. According to Shanique, she feels like Imani did not put a lot of thought into the gift. The other ladies, however,  are quick to call Shanique out for essentially giving Imani a bag of male appendages. Jazmin, however, quickly rushes to her partner-in-crimes defense. “She’s newly divorced. She just explained she hasn’t been intimate in years. I think it makes sense.” 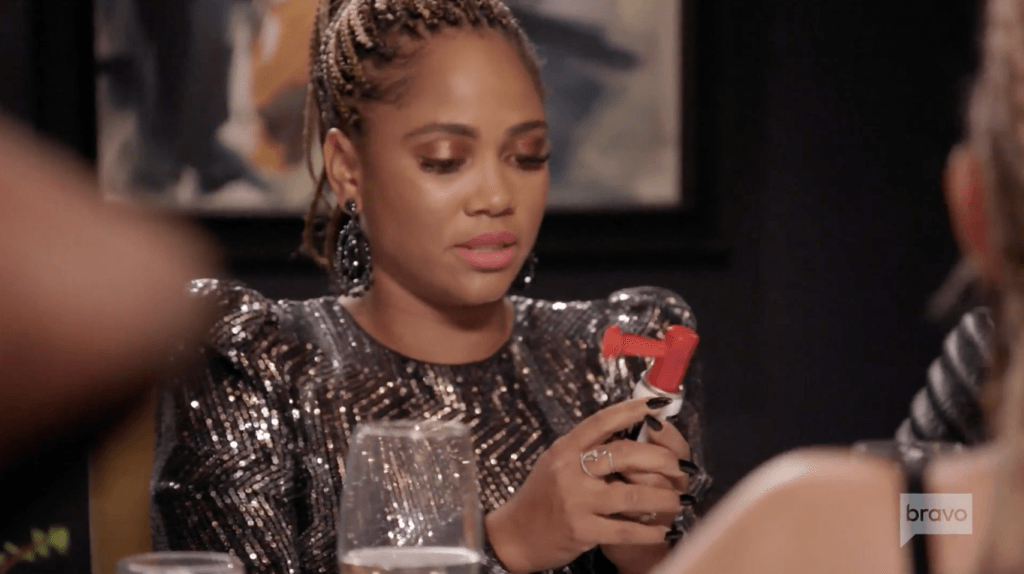 The tables quickly turn when suddenly Jazmin and her relationship with her husband is now on the chopping block. The ladies all jump on the chance to call out the fact that they know nothing about Jazmin’s mysterious man. “If we’re going to be sisters and we ‘re gonna be on this sis-cation you don’t get to do it half-ass,” Imani says. Later, Imani adds that Jazmin’s refusal to open up with her after she has shared so many personal things feels like a diss. 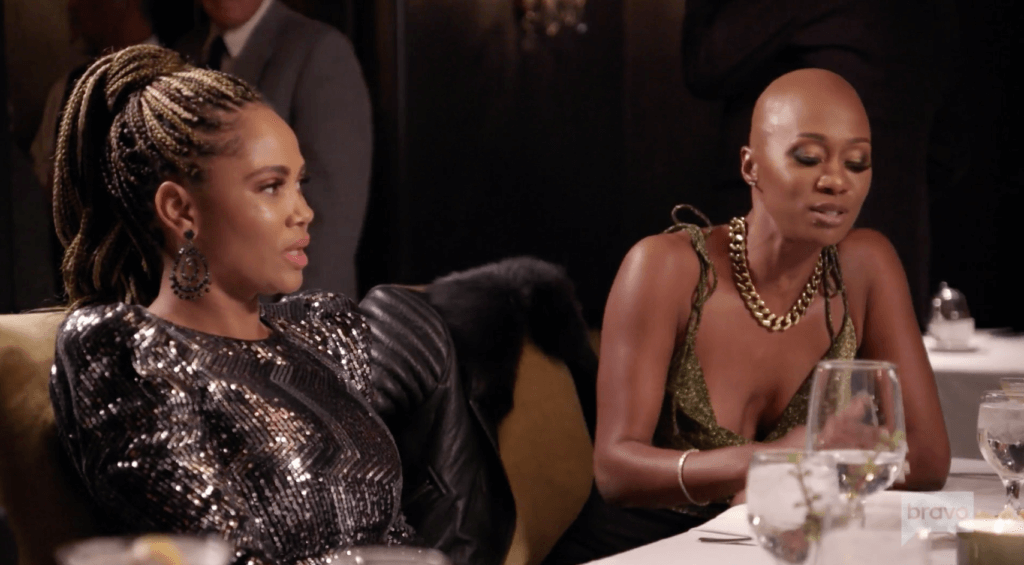 Jazmin eventually attempts to explain her husband’s lack of willingness to be around the rest of the group. “He’s constantly on his routine. It never changes. And when it comes to doing something new, meeting friends he’s like “nah, I’d rather just be with yall.’ Is it rude? Yes. Would I like him to be present? A lot of times especially when Mack is there, Rob is there, Hobart is there. Of course. At some point, I’m gonna say ‘okay, you’ve had your time.'” She then vows to work on being more open with the rest of the group.

Meanwhile back in Atlanta, Robert, Hobart and Mack get together for a guys night. Hobart opens up about him and Kendra butting heads regarding her desire to go back to work fulltime. Hobart steps all the way in it when he declares, “She’s tired of the kid. She just wants to dump the kid and go back to work.” SHOTS FIRED. SHOTS FIRED. Robert and Mack both warn Hobart that talk like that will land him on the couch… at someone else’s home. “When we talk about communication, some things you don’t say out loud,” warns Mack. 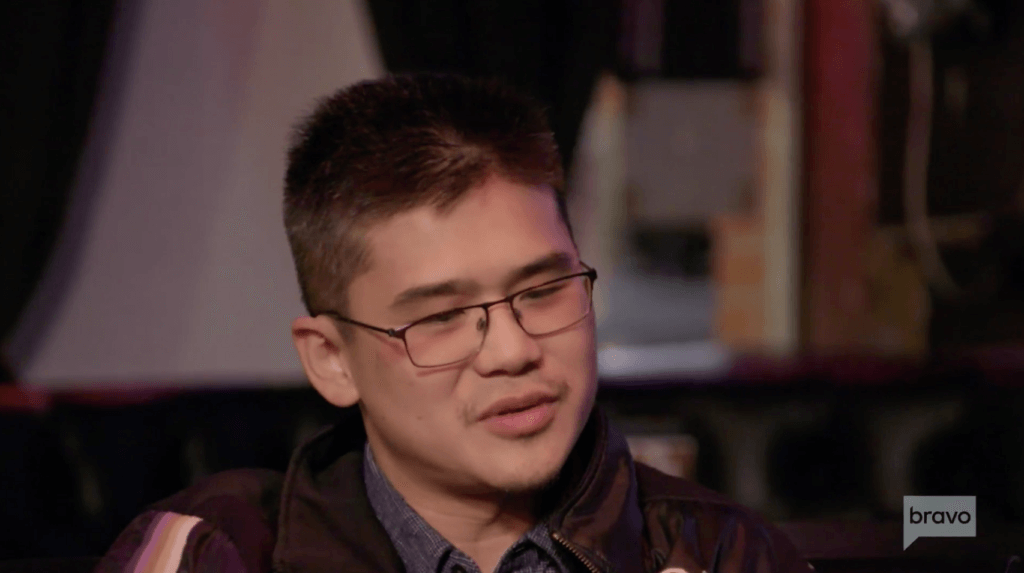 Back in Palm Springs, once dinner is over the ladies head to a drag show. They throw back several shots while waiting for the show to start. Kendra sets her intentions for the evening. “I’m channeling the Kendra before Hart. She’s not even answering the phone but ya know what? F her,” she declares. Imani appears to come out of her shell when she gets on stage and performs for the crowd. After Imani’s impromptu performance, the ladies dance the night away. All is well amongst the group… for now, anyway.

The next morning, over breakfast, Lia and Jazmin reveal that once everyone went to bed they talked everything over in the jacuzzi and came to an understanding amongst the two of them. Good riddance! Imani then confesses that with Christmas approaching and Phil’s new absence she is looking forward to establishing new Christmas traditions with Idris. Jazmin, however, calls Imani out for possibly pretending like everything is okay even if it’s not. “I’ve gotten to see a softer, goofier side to Imani and what I’ve learned is that she will not tell you if she’s hurting so I think that it’s kind of my job as her friend to check in on her and make sure she’s okay,” Jazmin says.

After breakfast, Kendra drops a bomb when she reveals that she intends on taking the full-time position she was offered, before discussing it with Hobart. DUN DUN DUN. The ladies try to discourage Kendra from that particular approach but it appears to fall on deaf ears. 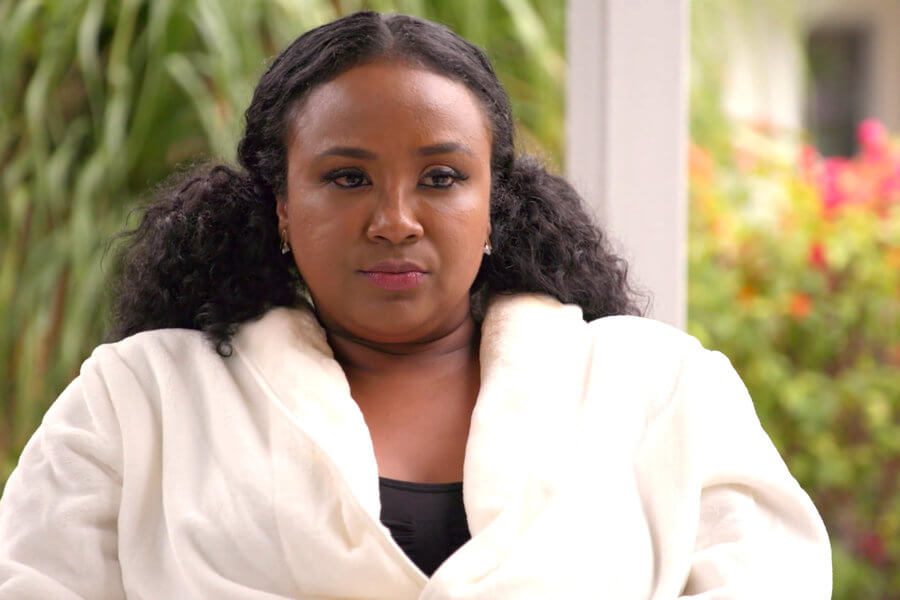 Will Kendra go through with her plan? Or will she have a change of heart/hart? Tune in next week to find out!