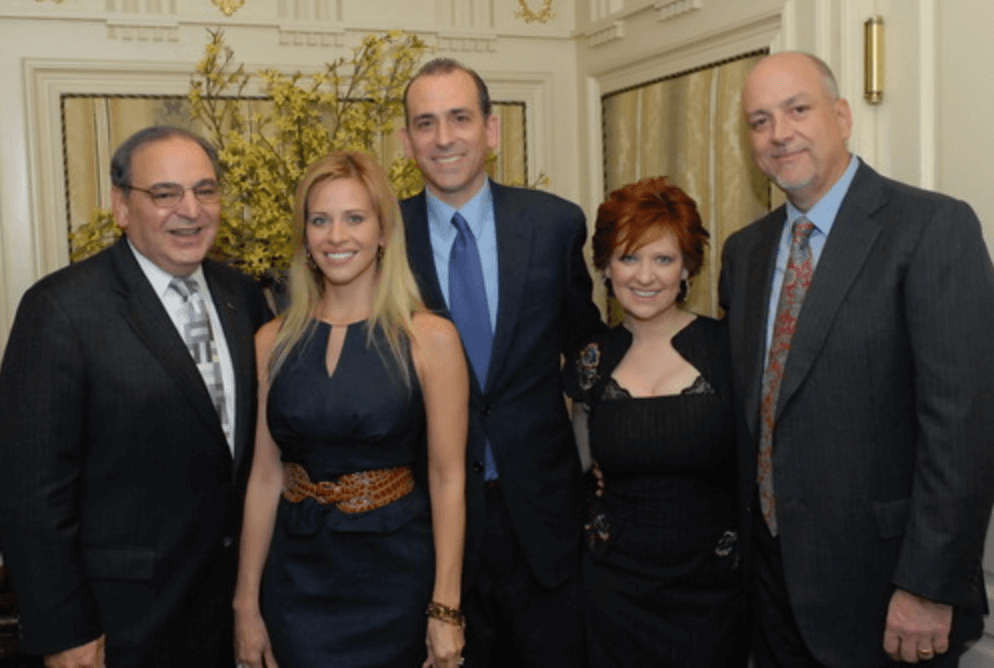 The Real Housewives of New Jersey  famous, Manzo family has been forced to deny ties to the mob for the second time, after Tommy Manzo was arrested for plotting an attack on his ex-wife, Dina Manzo’s current husband, David Cantin.

Tommy pleaded not guilty to federal charges on Tuesday, after being accused of hiring a Lucchese crime family mobster to assault Cantin. Dina married Cantin in 2017, a year after divorcing Tommy. The twisted relationship was put on display on “My Big Fabulous Wedding,” where Dina revealed that she was marrying Tommy with an awareness that he had been unfaithful. Dina and Cantin began dating during the four year gap between the ex-couple’s 2012 separation and 2016 divorce — but Tommy, 55, evidently stayed the picture.

Tommy was “upset” about Dina and Cantin’s relationship, according to the indictment, and allegedly planned and executed the attack on Cantin in 2015. 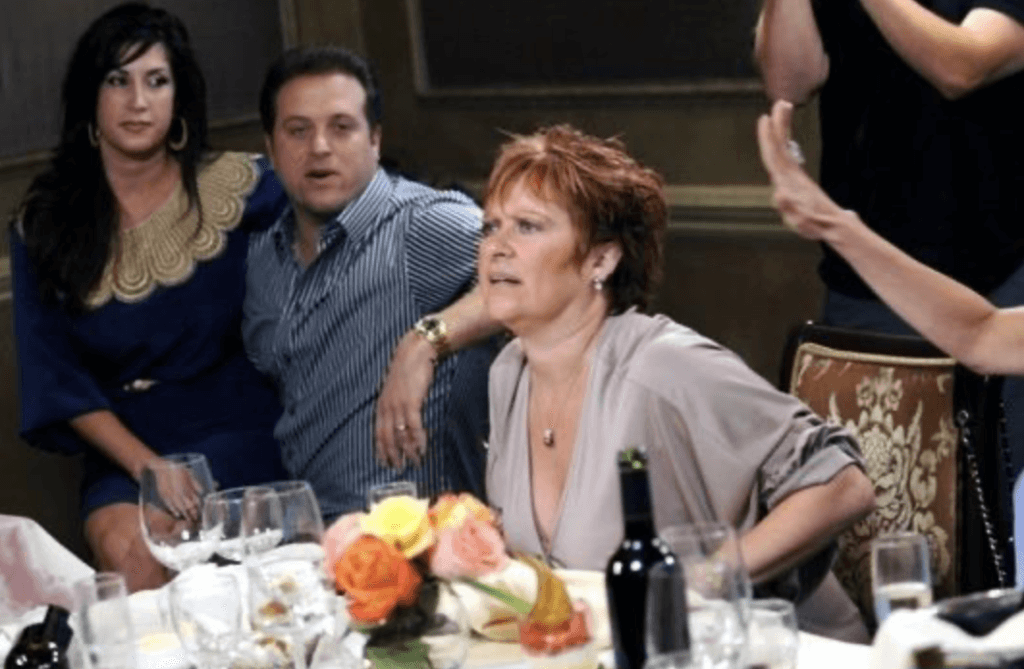 Tommy and Dina wed in 2005, four years before she signed on to the Real Housewives of New Jersey. Fans know that the cast included Dina’s older sister, Caroline Manzo, and her sister-in-law, Jacqueline Laurita. Tommy’s brother, Albert Manzo is married to Caroline, making much of the early cast a “thick as thieves” group.

“I grew up with Dina, I knew her since she was 7,” Albert told The NY Post. “We don’t want a hair on her head harmed. She is still my sister-in-law. She always will be.”

Caroline Manzo told Extra TV that she was heartbroken about the arrest.

“This is family on both sides,” she said. “I want to know the truth and my allegiance will lie with the truth. We don’t run from things like this, we address them, and I feel comfortable with that because we are ­being painted with a brush that does not reflect who we are as people.”

The Manzos have been haunted by mob tie accusations since 1983, after  Albert “Tiny” Manzo Sr. was executed gangland-style in August of that year. “Tiny,” the 400 pound father of Albert and Tommy, was found naked inside the trunk of his Lincoln Continental with four bullet holes in his torso, his arms and legs bound with plastic, outside a Hillside NJ supermarket.

Albert Sr. and Gambino family soldier, Peter A. Campisi, allegedly skimmed cash from a Mafia connected Staten Island casino. A criminal defense attorney who repped mob figures said to be linked to Albert Sr., told The Post that lines often blurred between “made guys and the goombas they hung out with.”

“That’s kind of how they do business in Paterson,” the attorney said. “These people are not ­exactly Boston Brahmins.”

Albert Jr. has long denied that his father was a gangster, and reiterated his defense when weighing in on his brother’s arrest.

“My father was no gangster,” Albert said. “He was a wonderful, hardworking man. He was never accused of anything else pertaining to being a gangster. The shame of it is that our family were the victims of a murder which was never solved, and it was spun as a mob hit.”

Albert added that he thinks that his brother is innocent as well.

“I believe my brother is innocent. My father was, too,” Albert said. “It’s awful what happened to Dina’s husband. We just have to hope that whoever really did this is found and goes to jail.”

Albert confirmed that Tommy is out on bail and back on the job at the Brownstone, the event hall owned by the brothers.

The indictment alleges that Tommy recruited John Perna, an alleged member of the Lucchese crime clan, to beat up Cantin in a Passaic County strip mall, in July 2015. Perna and a second alleged Lucchese accomplice  attacked Cantin with a slapjack, the document states. The alleged deal included a discounted wedding reception, which took place about a month later. Members of the Lucchese family reportedly attended the budget bash. Perna pleaded not guilty to the charges.

“[The divorce] is not on Dina, it’s all on Tommy,” Kim told The Post. “Dina was madly in love with him and she sat home every night waiting for him. She was a good wife. He was off at The Brownstone doing his thing, if you catch what I’m saying.”

Tommy Manzo allegedly “did his thing” so often that Dina once confronted one of the women, who told her to “take it up with your husband,” ­Kim revealed.

“Here’s the thing, Tommy is actually not a bad guy,” Kim dished. “He’s mild-mannered, very lovely to people at The Brownstone. I think it was a man thing. They want what they can’t have. He didn’t want Dina when she was starving for attention and was dying for his love but when she leaves him and goes off with a new, younger guy? His ego couldn’t take it. He got too wrapped up, that’s my take.

“It’s hard not to notice that her new guy looks like a younger version of Tommy. I’ll leave it at that,” she added.

Kim added that she didn’t believe that Albert nor Tommy had ties to the mob, or existed “in the life.” She does not believe that Al Sr. was a “full-on gangster,” but was likely murdered after after he “did something the full-ons didn’t like.”

“When you’re a full-on you have to abide by some rules and regulations of the life,” Kim said. “From what I know, [Tiny] maybe did something that was not following the rules the full-ons had to follow and they wanted to send a message.”

The arrests have raised speculation about a potential connection between Dina and Cantin’s Holmdel, NJ home invasion, and the alleged 2015 assault. In 2017, the couple told police that they were confronted by two men upon arriving home, who punched Dina and struck Cantin with a baseball bat. The duo was bound together while the thieves made off with jewelry and cash. Dina and Cantin were living in California at the time, but were back in their home state to attend a first communion party for Dina’s goddaughter, Audriana Giudice — the daughter of RHONJ original,   Teresa Giudice. James “Jimmy Balls” Mainello was indicted on charges related to the home invasion, last summer.

“They were only home from California for two days for the christening. Isn’t it kind of a coincidence that the home invasion happened then? Who else but people in Dina’s circle knew they would even be home?” Kim said of the 2017 incident. “That type of burglar does a little homework. That house had been empty.”

“Dina’s been through a lot and I think she’s been scared s–tless by everything that’s happened,” Kim added. “You know what? She was a girl looking for love and she finally found it.

“Tommy didn’t want her until she was gone. It’s his loss. She came out ahead.”