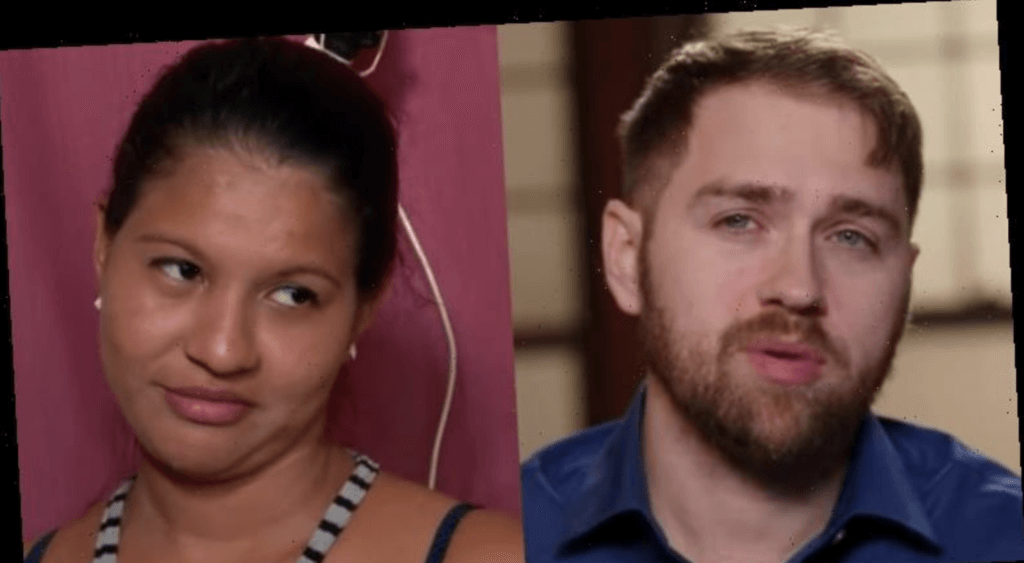 Paul Staehle and Karine Martins over America’s threshold on the most recent episode of 90 Day Fiance: Happily Ever After, but it was his mother, Edna Staehle, who stole the show.

Edna dished out a hard helping of tough love on Sunday’s episode, and fans of the TLC hit were cheering her on.

Viewers know that this couple faces an uphill climb, and that Edna vowed to not coddle her son, as the young family grapples with all it will take to settle in America.

Edna greeted Paul Staehle and his Brazilian bride warmly at the airport, and gushed with delight over her grandson. Things went sideways during a drive to a local hotel, after Karine removed the infant from his carseat while the vehicle was moving. Paul Staehle blasted his wife for the offense and his mother thrashed his response, prompting her son to make an abrupt exit in the middle of the road. 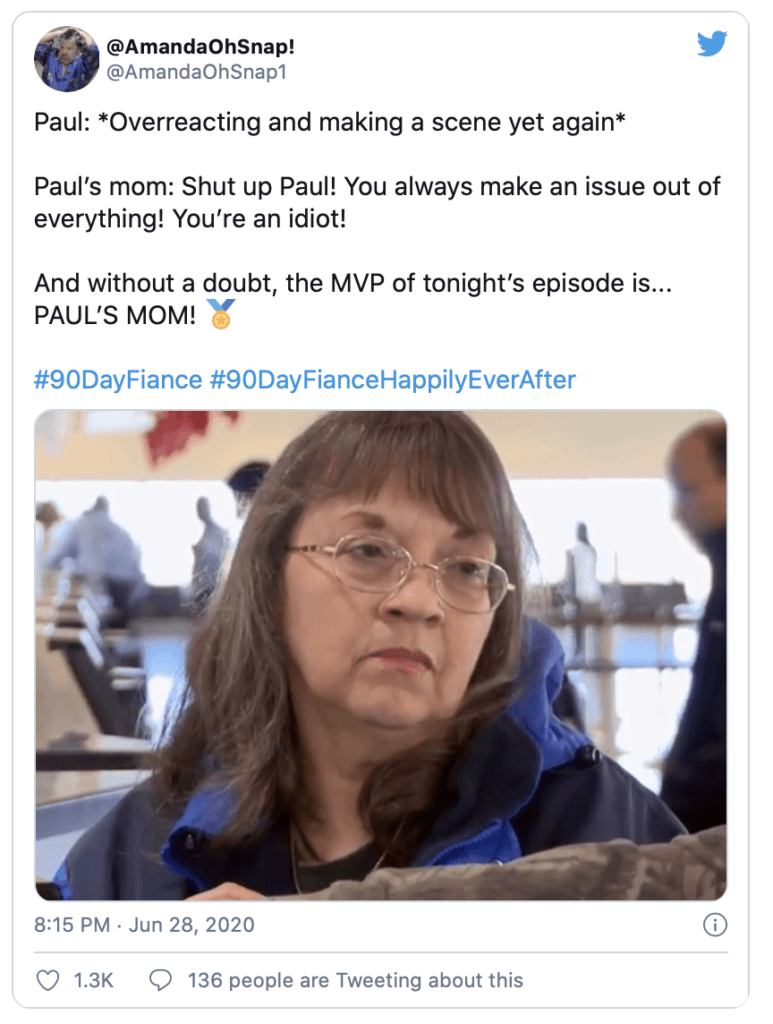 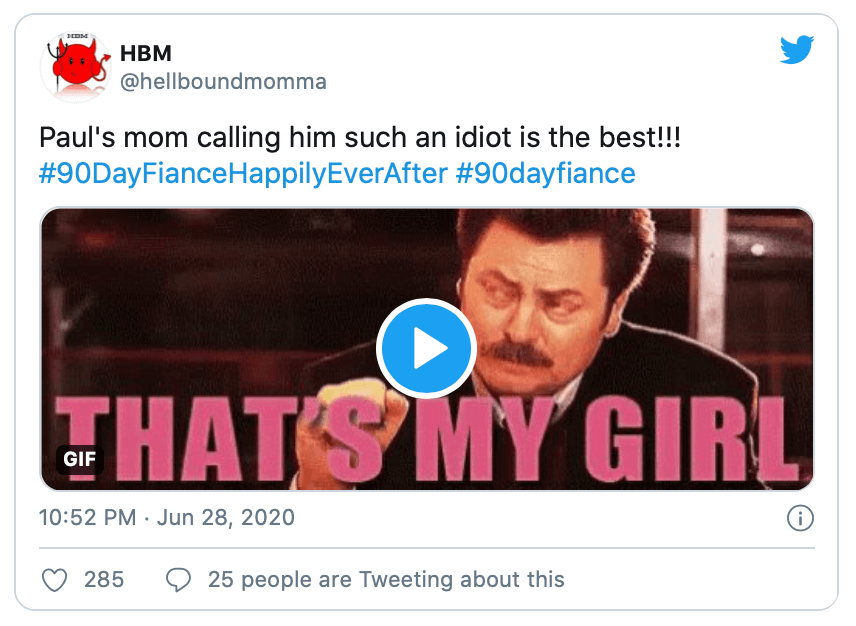 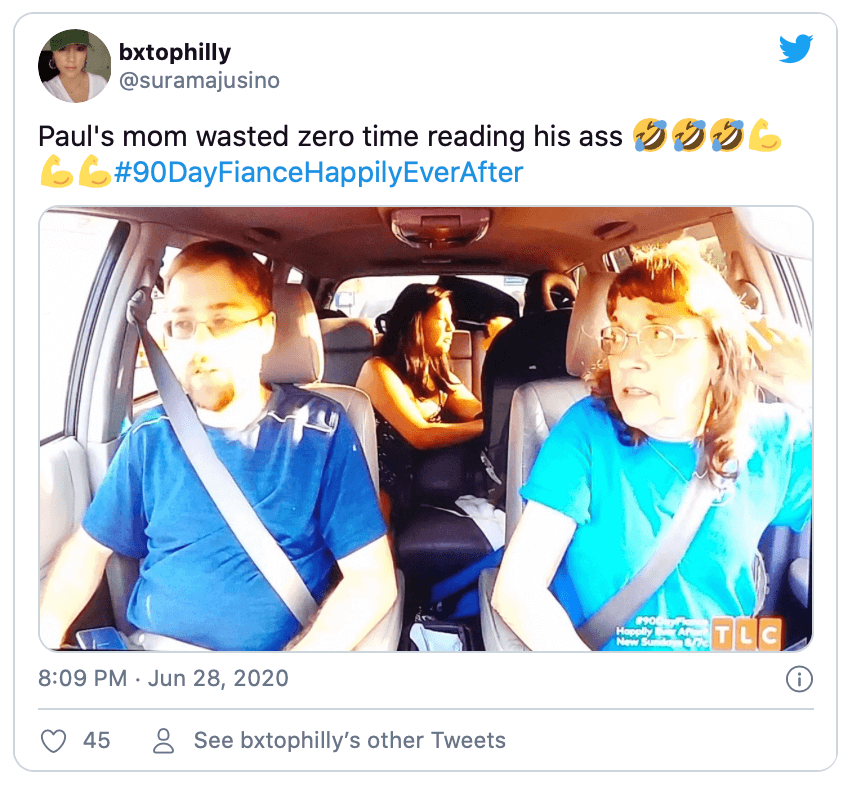 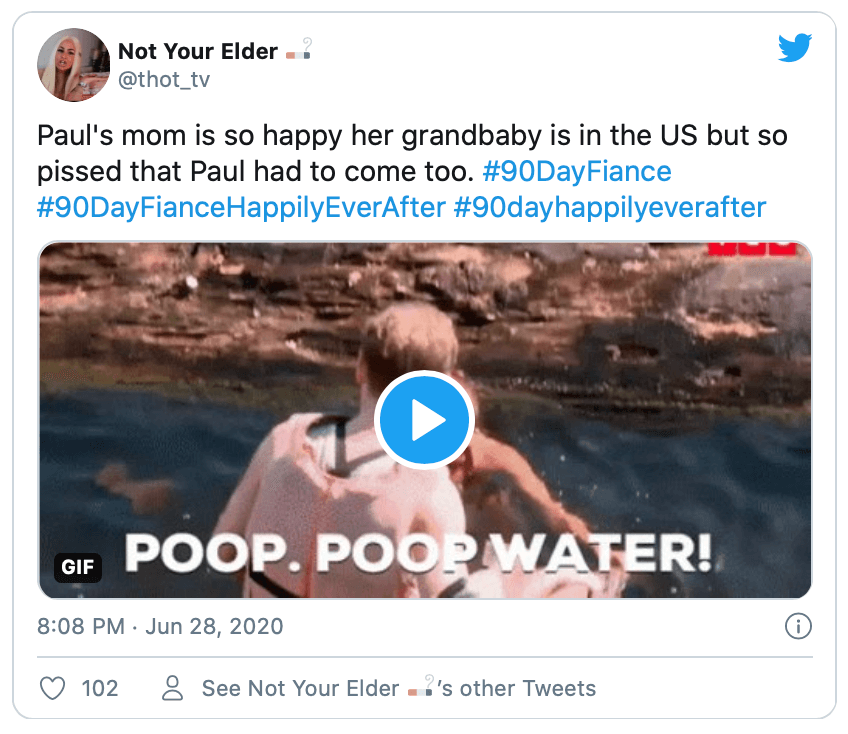 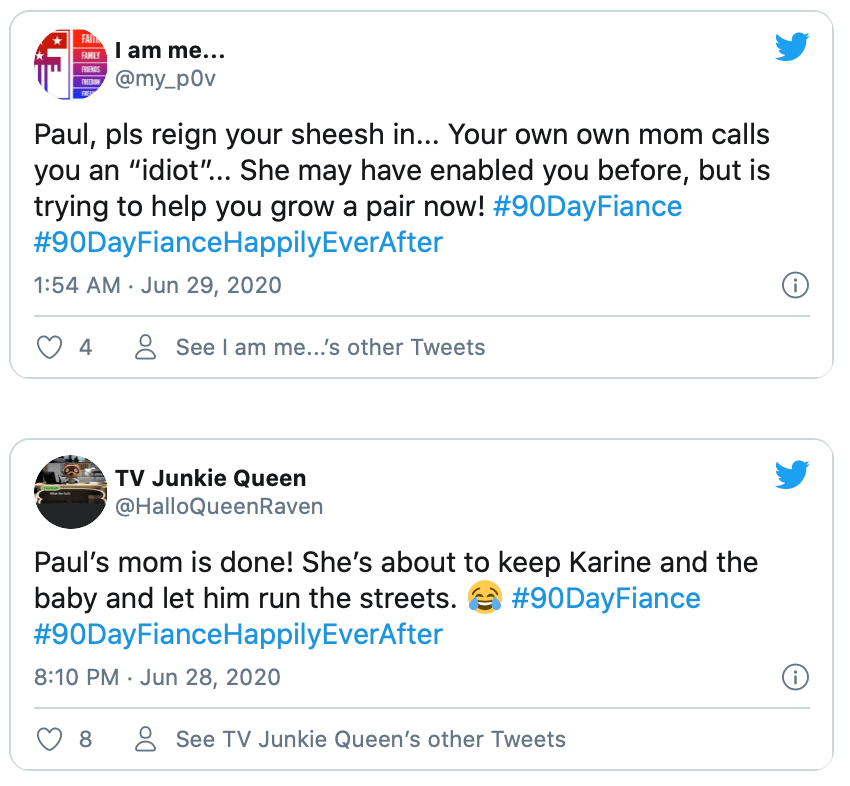