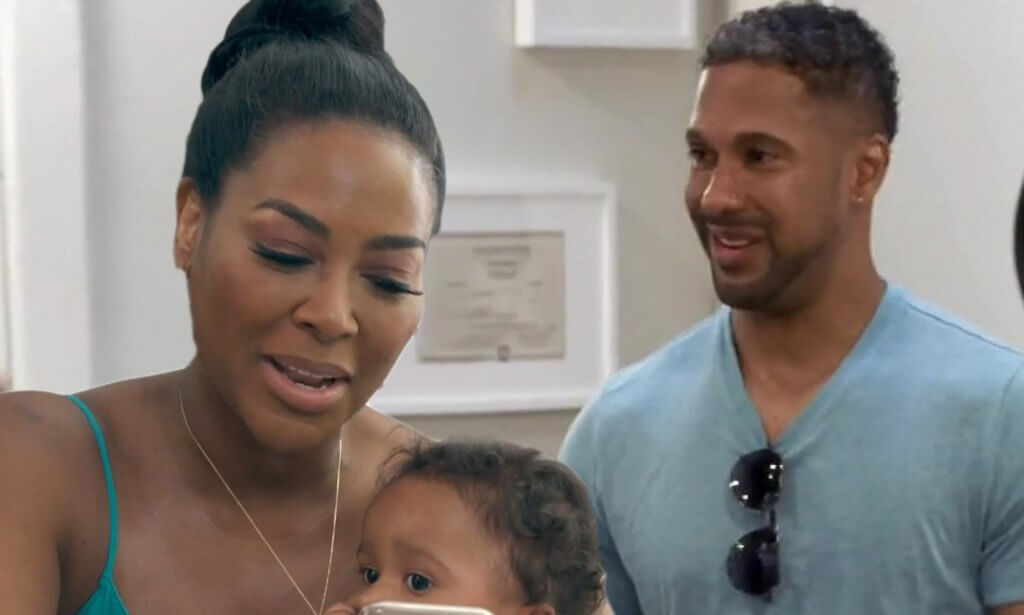 Kenya Moore’s cringeworthy marital woes to Marc Daly were well-documented during season 12 and viewers were left gagging at Marc’s utter disgust of his wife.

Now Real Housewives of Atlanta producers are weighing in on the tragic union that unfolded before our eyes.

According to Real Housewives of Atlanta producers — Kenya Moore “never tried to put a positive spin on her marriage” this season. “She was very open and honest about what was going on,” they said.

Producers shared that it was obvious the marriage was in shambles before season 12 filming even began. “It only got progressively worse as we continued filming,” they noted.

They added, “It was clear in our opinion that they just didn’t get along,” they said, adding that it was “definitely uncomfortable” every time they filmed with the couple.

In regards to the dramatic episode involving Marc’s charity event — producers dished that Marc Daly was in a “weird mood” when he arrived at his Black Man Lab event. Cynthia Bailey and Eva Marcille also commented there was tension between Kenya and Marc at the event, producers said.

Production was saddened to see Kenya Moore in yet another failed relationship. “We knew how much Kenya wanted her marriage to work,” they shared with Bravo’s Daily Dish.

And by the end of episode 16, Kenya and Marc announced they were filing for divorce. Kenya did not notify producers about the announcement until right before it hit the media.

Throughout season 12, Marc and Kenya constantly fought and he seemed very annoyed with her in general.

During a previous episode, Kenya Moore revealed she wasn’t allowed to communicate with Marc’s parents and he cheated during the marriage.

Kenya Moore and Marc Daly allegedly tied the knot in June 2017 and are parents to their one-year-old daughter Brooklyn Doris Daly. Their rocky relationship was documented on Season 12 of The Real Housewives of Atlanta. They’re currently separated.