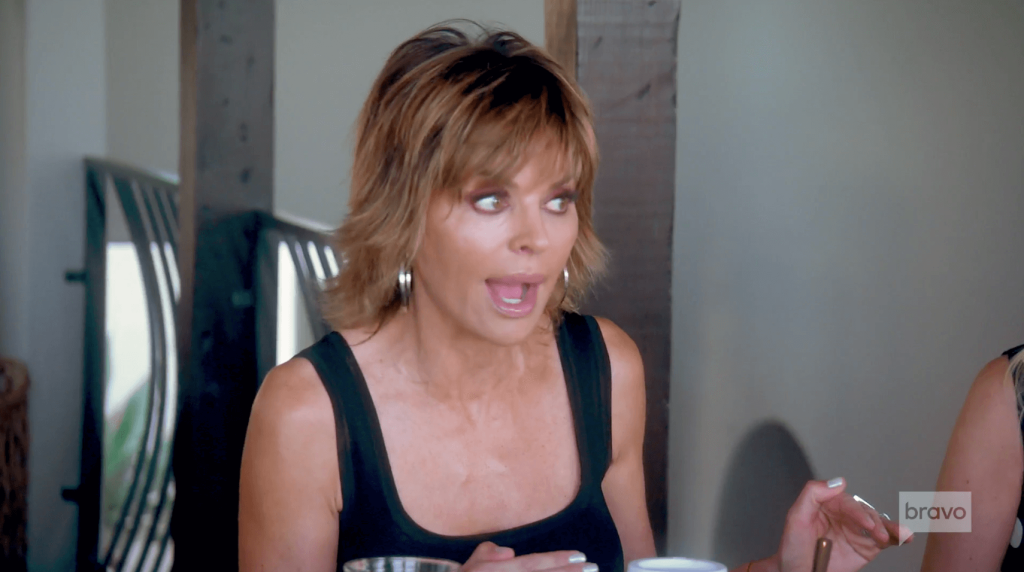 Lisa Rinna is doing what she does best amid the Real Housewives of Beverly Hills midseason hiatus — stir the pot.

As reported, Brandi Glanville recently shared a photo of herself kissing a woman she claims is Denise Richards — spilling new evidence of the alleged months-long affair that is set to explode on the Bravo reality series.

As reported, Denise has denied the relationship, but her husband, Aaron Phypers, is reportedly struggling to deal with the fallout. The reality star’s hubby is allegedly “embarrassed” and “angry” about the rumored affair, and it appears that the couple’s marriage is on the brink of collapse.

Lisa Rinna responded to Brandi Glanville’s share by reminding viewers that the best is yet to come when RHOBH returns, next week. 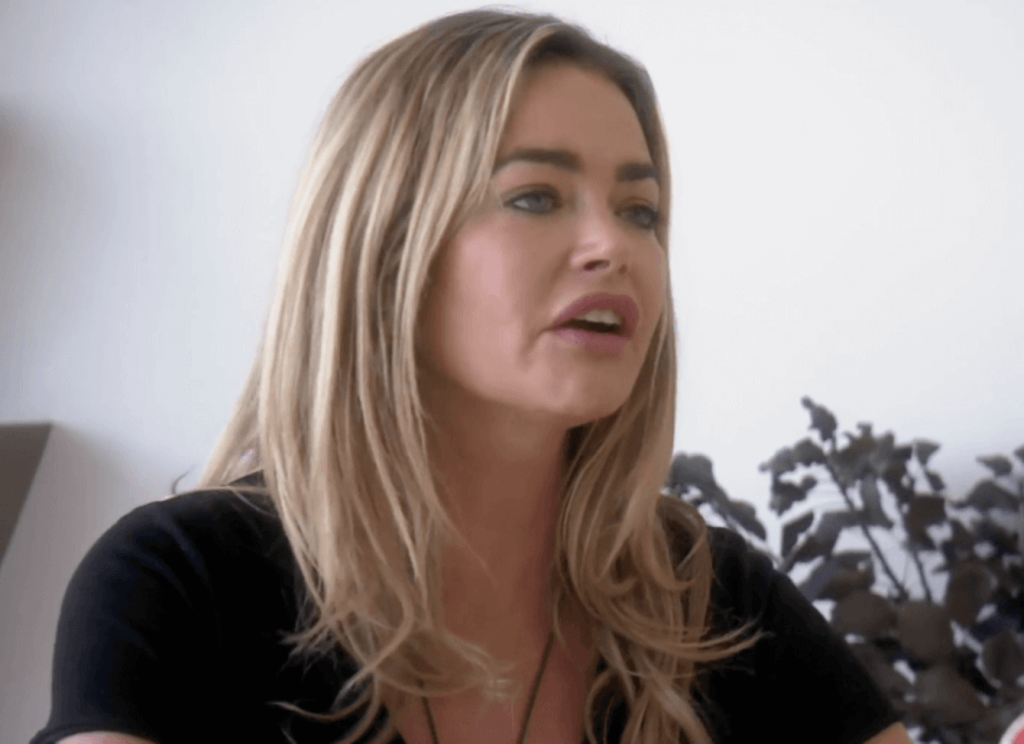 Rinna shadily posted two “ROME IS COMING” cast snaps on Instagram after Brandi Glanville’s kiss-pic release — reminding viewers that the cast is about to sound off about the rumored affair. 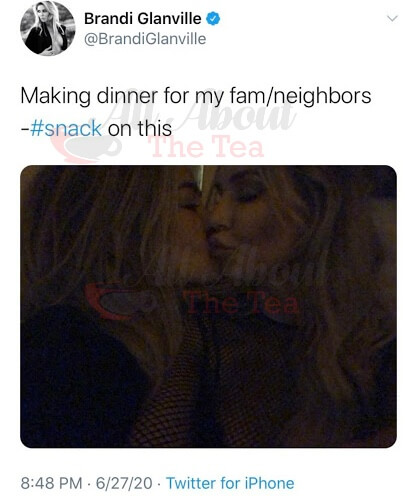 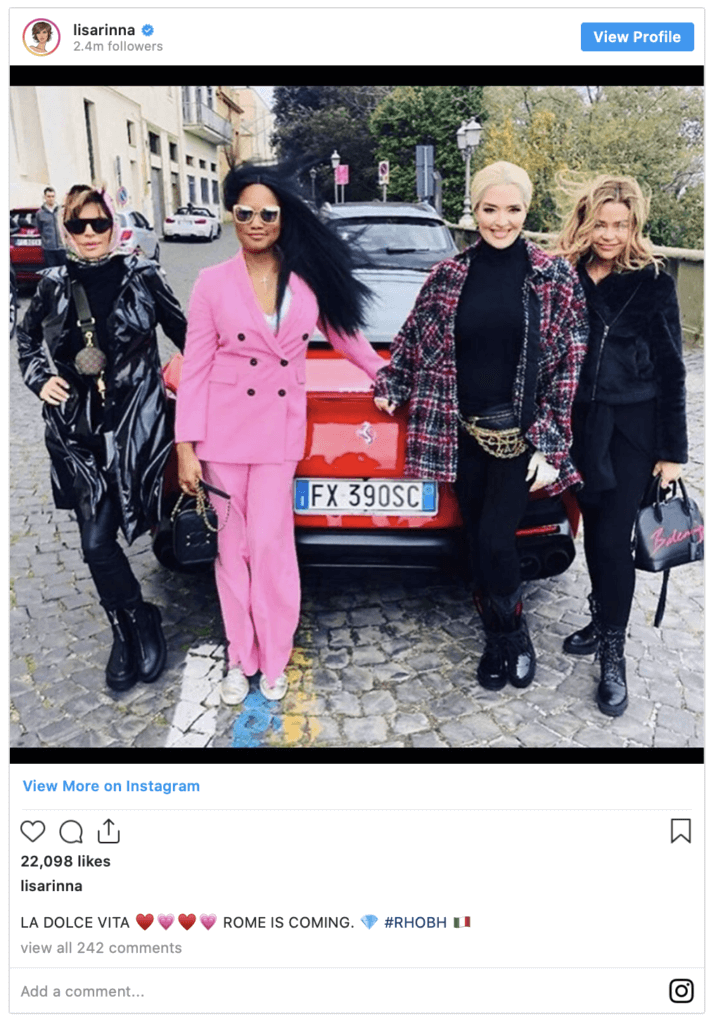 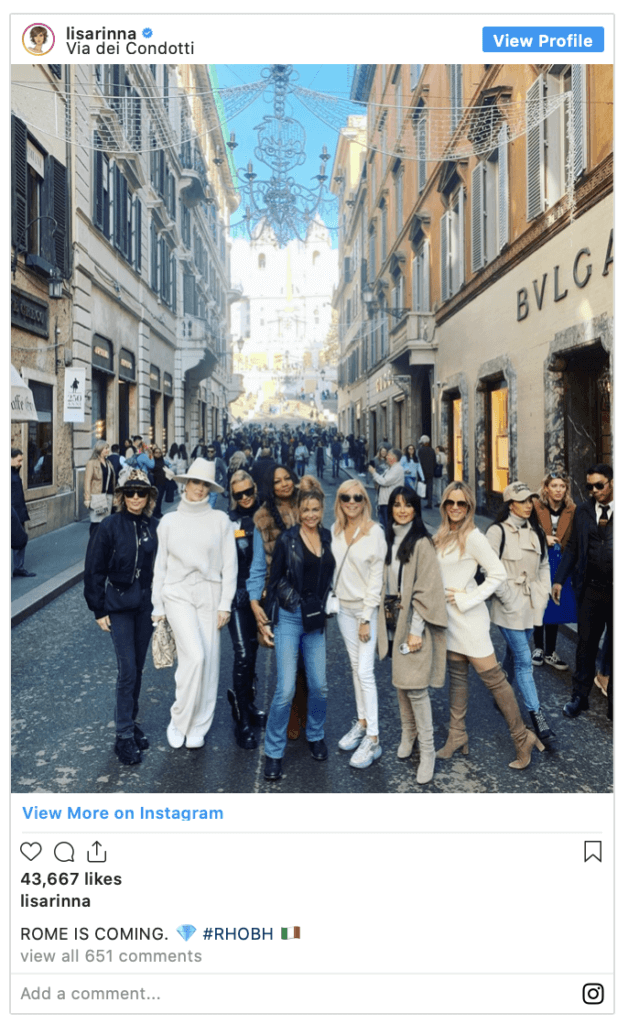 Denise Richards is smiling happily in both shots — the pics evidently snapped before the cast blowout that was later leaked to promote the season. Fans have watched Denise’s relationships within the cast crumble — and the “Wild Things” actress has commented about her specific disappointment in Lisa Rinna, noting their longstanding friendship.

The Real Housewives of Beverly Hills  returns on July 8, at 9 pm, ET, on Bravo.