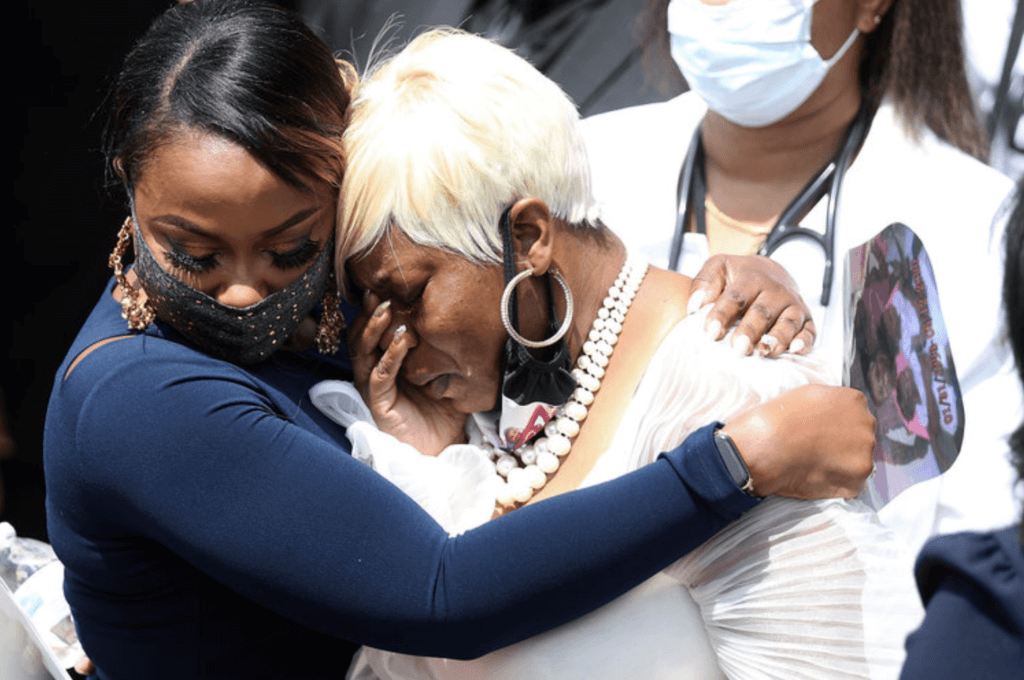 Real Housewives of Atlanta alum, Phaedra Parks, helped direct the funeral service for Rayshard Brooks at Ebenezer Baptist Church, the historic Atlanta church where Martin Luther King Jr. served as a co-pastor until his death in 1968. Friends and family gathered for the private service to honor Brooks, after he was shot and killed by a police officer on June 12.

Phaedra Parks, 46, shared her thoughts about the meaningful experience via a recent video chat with ET.

“That was a very heavy moment, but I was happy to serve the family, happy to have moments with his beautiful wife, his beautiful children and, just to be present,” Phaedra said. “It’s just very heartbreaking to know there are now four young children that are… without their dad.”

Phaedra Parks commented that she was moved by the community support.

“It was unbelievable how much support there was from the community. So just to see everyone come together, unify in our city, which is the Mecca of the civil rights movement. It was beautiful,” Phaedra said. “So I was just happy I was able to serve the family and to be of service at the moment.”

Phaedra Parks revealed that she and the family drove to the Wendy’s where Brooks was killed, after the service. Phaedra described how the experience motivated her to a “new sense of purpose.”

“We took the casket and the flower cart and the entire family around the drive through — the same place where fatal shots were fired,” she recalled. “To be there with his beautiful [children]… to feel the power, the energy of them being able to release the hurt that they had from that tragic incident, it was very moving to me as a person of color. But as a mother, you know, it just gave me a whole new sense of purpose. Because we have to propel this movement. We have to have this conversation. We have to change policy, procedures, laws. We have to make sure that there is equality for everyone.”

Phaedra shared about a “very poignant” conversation she had with Brooks’ widow, during their time together in the car.

“She said to me, ‘I never knew that I would be in this place,'” Phaedra said. “And I turned to her and said that, ‘This place is a place of purpose. A place of power. Because you’re now the face of an entirely new movement within the movement.’”

“She said, ‘He had always talked about being well known and doing things that would change the world,’ And I said, ‘Sometimes we don’t reach true fruition unfortunately until we have left the world,'” Phaedra continued. “George Floyd started the movement. Rayshard added ember to the flame to make it even bigger.”

Phaedra Parks has been vocal in her support for the Black Lives Matter movement in recent months, and has worked to mobilize others to vote.