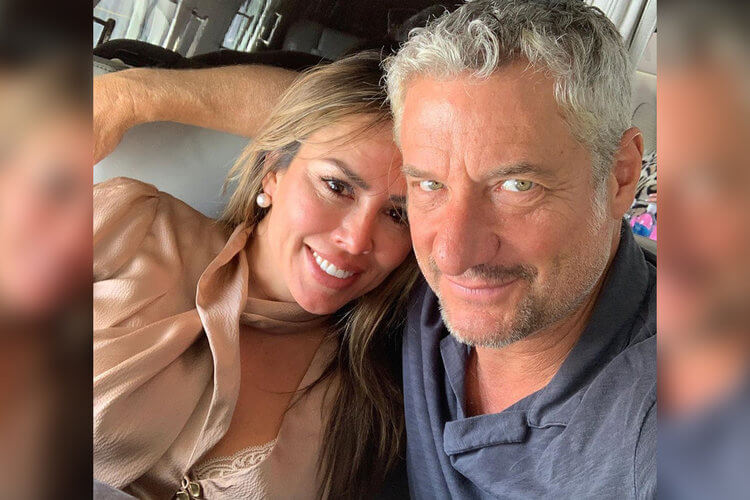 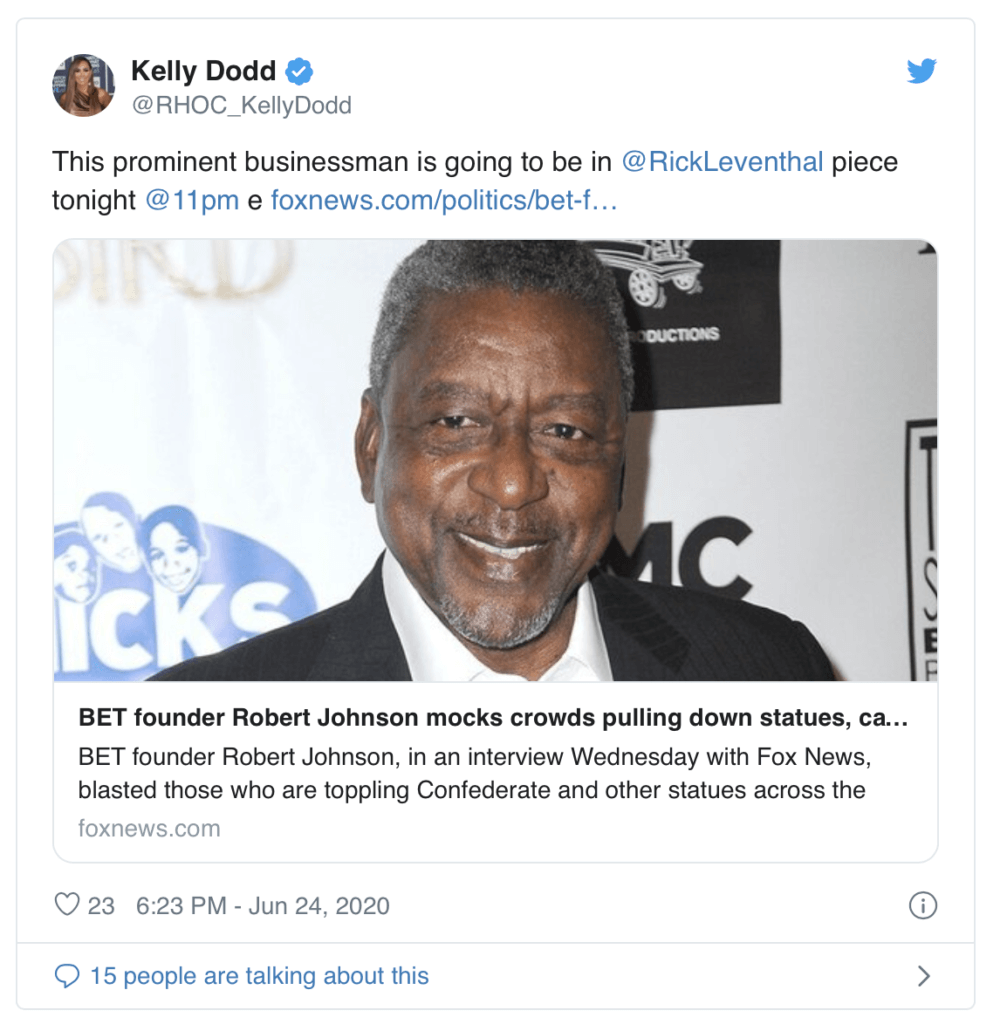 Fans sounded off on the post, with many reminding Kelly Dodd of her own controversial comments amid the nationwide racial unrest. Accusations of “race baiting” were also fired at Kelly’s fiance. 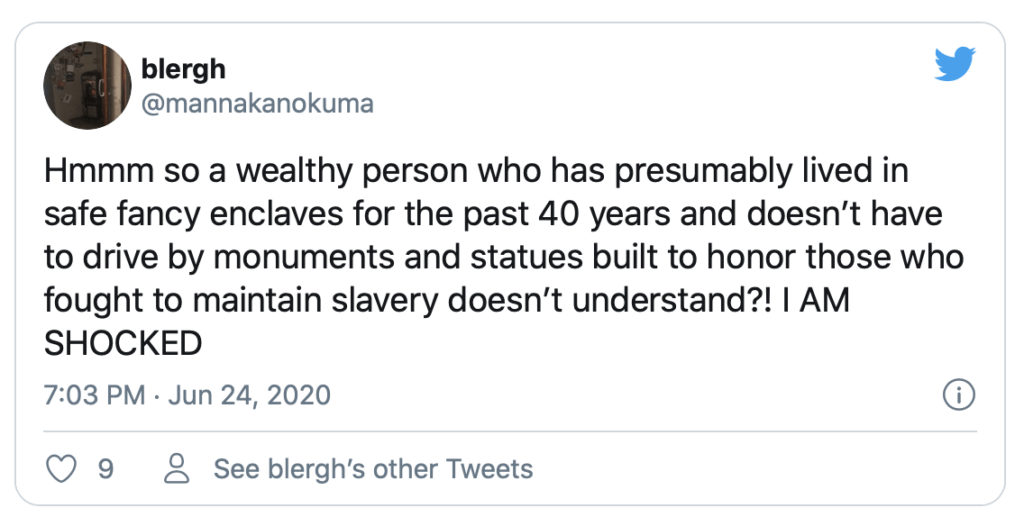 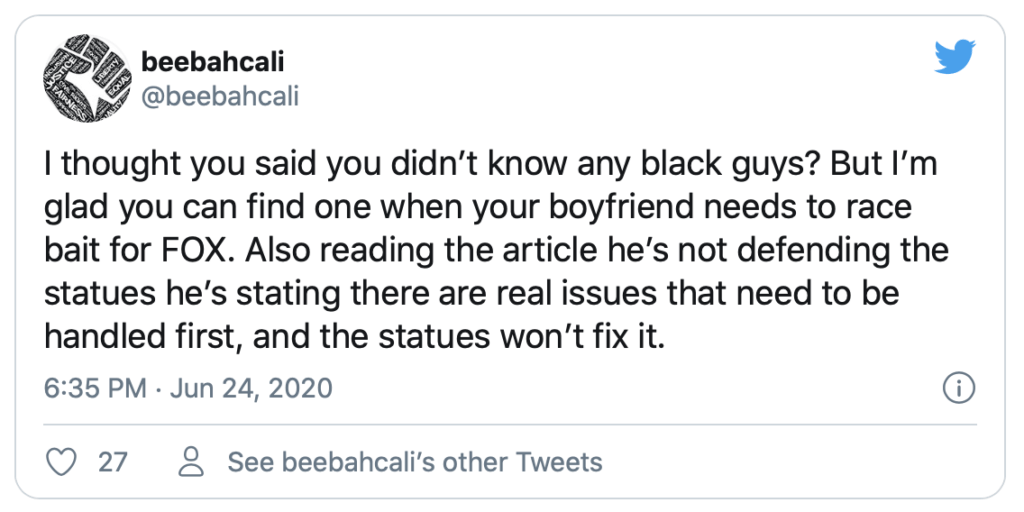 Kelly Dodd has been under fire for months for spouting dicey coronavirus commentary, and was forced to revisit her past when racially insensitive comments captured by TMZ resurfaced.

Kelly Dodd stated that she didn’t “like” or “know any black guys” during a night out in 2016, but later apologized, via a released statement.

Real Housewives of Orange County production picks up in July.