90 Day Fiance: The Other Way personality, Brittany Banks is dishing about the parking lot fight that left viewers on the edge of their seats, during Sunday’s episode.

Brittany Banks’ fiancé, Yazan Abo Horira, greeted her with flowers after she traveled to  Jordan to start their life together, but things went sideways when the Palm Beach rapper hugged members of the show’s crew and Yazan discovered that she had a container of alcohol in her purse. Fans watched Yazan melt down and begin cursing at producers and his future wife in the airport parking lot— the chaos clarified by TLC captions.

“That behavior in that moment, it was shocking, but after dealing with my ex and you know, I did, like, grow up for the most part in Palm Beach but I am from 79th street in Chicago, so not much scares me,” Brittany said in a Thursday interview with ET. “He’s usually very calm and very sweet and very understanding so I was like, ‘You must need a nap or something.'”

Brittany Banks, 27, noted that she was not told that hugging crew members or toting alcohol was a problem for Yazan, 24, even though he claimed otherwise at the time.

“Seeing Yazan yell at me like that, it was super cringey,” she reflected. “I don’t like people yelling at me, especially a grown a** man. That’s not cute to me.”

“If you know me, you know I don’t play,” she teased about next week’s episode. “I gave him regular old Brittany … so that’s what he got.” 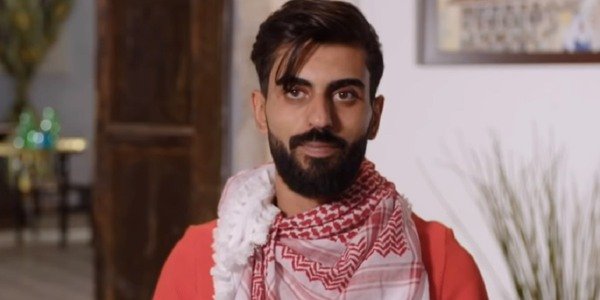 Most fans believe that this duo faces an uphill climb, due to their cultural and religious differences. Brittany insisted that Yazan embraced her from the start, when they virtually met through his sister, who lives in Chicago.

“He accepted me for who I was from day one because he always followed my Instagram and he was liking and commenting on those posts, so he must have not had a problem with it,” she explained. “He must of loved it and it seems like that’s what he was looking for.”

“When I’m dealing with someone — especially from a different background, and he’s used to things being a certain way — we’re learning to compromise,” Brittany admitted. “I think sometimes you have to just check things at the door that you’re not willing to accept.”

“We still have time to see if the compromise is worth it,” she added. “I think it’s too soon to tell. So far, I think everything has happened the way it’s supposed to and I’m enjoying the ride.”

Press play below to watch a snippet of the fight.

Brittany Banks clarified that she is not willing to budge when it comes to her personal beliefs.

“I’m not gonna convert to any religion for anybody,” she said about Yazan’s desire that she convert to Islam. “I don’t think that’s a good idea for anybody. If you do it, it should be for God, not for a man.”

“If I sacrifice anything … it’s going to be for myself because I decide that it’s a good decision,” Brittany explained. “It’s not gonna be for anybody else or for any man because that’s the only way I’m going to stick to it, if it’s really for myself and something I believe in. I think it’s unfair, really, to try to change yourself for any other person.”

“When you try to overstep your boundaries and you try to change someone else, that’s when problems arise,” she added. “When you try to change other people’s opinions and views, that’s when problems arise. You can talk to people and have them sympathize and empathize with you, but at the end of it all, you can’t force that person to change. So, I think that’s what I try to focus on and I believe that’s what Yazan is trying to focus on, because he kinda gets where I’m coming from and the type of life that he wants to live and that we want to live in the future.”

Brittany shared that she’s loving life in Jordan, and is fond of Yazan Abo Horira’s parents.

“Jordan’s amazing,” she said. “I like the people, I like the culture. I like the different things it has to offer, the natural beauty of it, the deserts and all that stuff. When I went I was like, ‘Wow, this is so different than what you would expect hearing on the news or something like that.’ They try to make it seem so bad and dirty and stuff but it’s not.”

“I do love Yazan’s parents,” Brittany added. “I don’t know exactly where his parents stand. I can’t speak for them and I won’t speak for them, but I will speak to say I love them and I do think they try their best to deal with the situations at hand with their experiences and their lifestyle. I think they’re just doing the best they can, and I don’t blame them and that’s their son, 100 percent, so that’s their baby and I understand all of that.”

Fans immediately fell in love with Brittany’s concerned dad, who lovingly supported his daughter’s decision to move across the globe.

“My dad actually learned a lot raising me and dealing with me and stuff like that,” she said. “He knows how to deal with women and be understanding and patient because he had to raise his daughter. … He is such a good guy. … Everybody is asking for my dad to have his dating show.”

“Me being crazy, family drama, Yazan being crazy,” Brittany noted, about what viewers can expect, as her story plays out.

However, amid all the booze/religion drama, Brittany Banks deleted her social media accounts this week then reemerged with a vengeance on Wednesday. Brittany exposed that Yazan enjoys drinking liquor himself — specifically Jack Daniels — and cheating with 90 Day Fiancé fans. The Florida rapper even made note of his out-of-control temper that fans got a glimpse of on Sunday’s episode.

Brittany Banks then posted a good morning message that showed she was tired of “misogynistic” men tried to groom women.

The newest TLC personality also claimed that she was hacked and that was the reason behind her account being deleted. 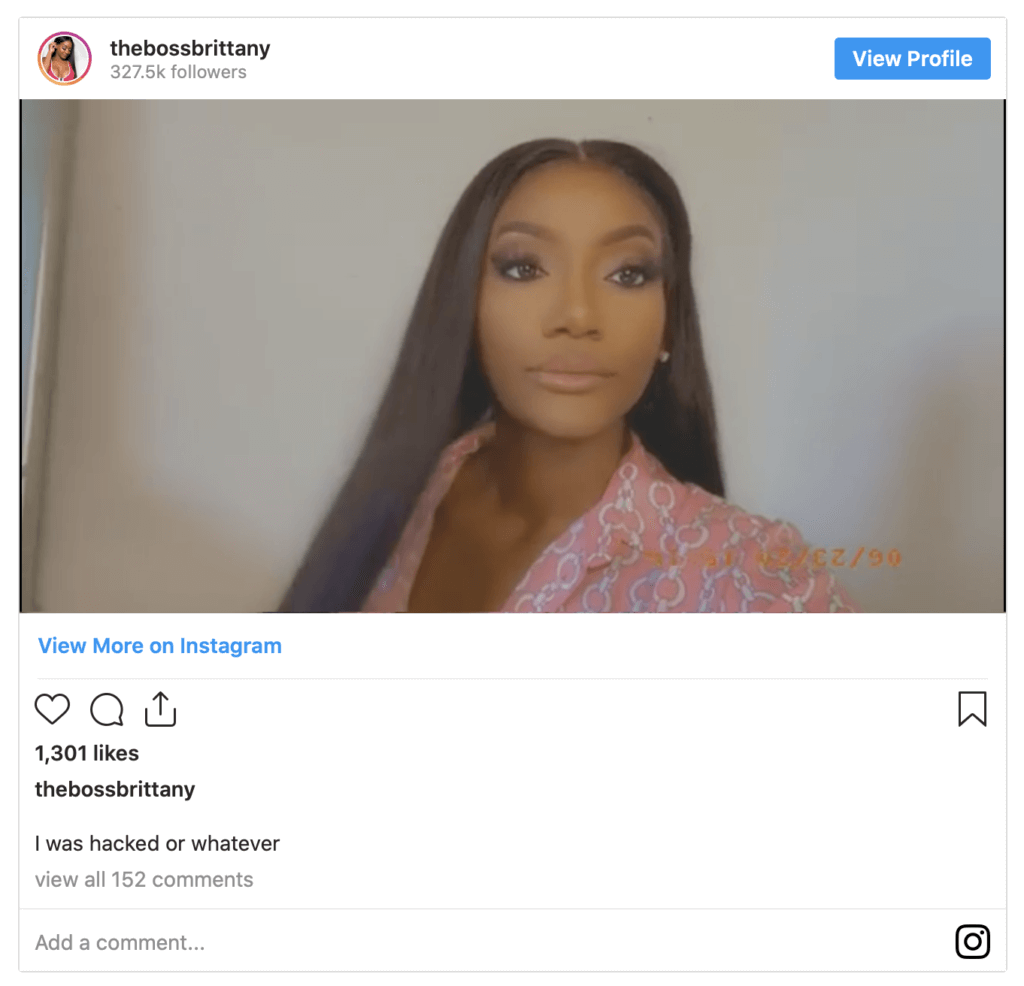