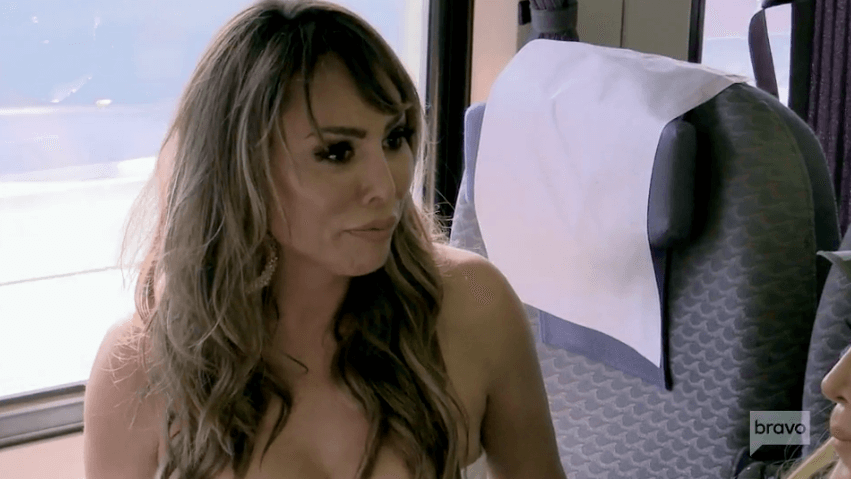 Kelly Dodd has shifted into damage control mode, after being blasted for her past comments about black men.

The Real Housewives of Orange County star turned the tables on her critics over the weekend, revealing on Instagram that she had been on the receiving end of racist behavior, as a Mexican American.

“But, like, do you truly believe that because ‘You’re Mexican you can’t be racist’?” an Instagram user asked Kelly.

TMZ captured Kelly’s controversial remarks in 2016, filming the reality rookie during a night out in Los Angeles. Kelly stated that she didn’t “like” or “know any black guys,” but later apologized, via a released statement.

“I am truly embarrassed,” Kelly told TMZ at the time. “There is no excuse for bad behavior or comments that offend anyone. That video does not represent who I really am and I apologize for acting irresponsibly.”

Kelly Dodd fired back at Tamra only hours later, calling her “thirsty,” and “grasping for straws.”

Kelly Dodd has been under frequent fire for the last couple of months, for sharing dicey commentary related to the coronavirus pandemic—prompting many viewers to push for her dismissal on social media.

Real Housewives of Orange County production picks up in July.

Related Items:featured, Kelly Dodd, Real Housewives Of Orange County, Tamra Judge
Kelly Dodd Responds To Tamra Judge’s Request For Her To Be Fired From ‘RHOC’ Over ‘Racist’ Comments!
Producers Fired Heather Dubrow To Knock Her Off Her High Horse & She Took the Forced Exit Very Hard!
Comments
To Top