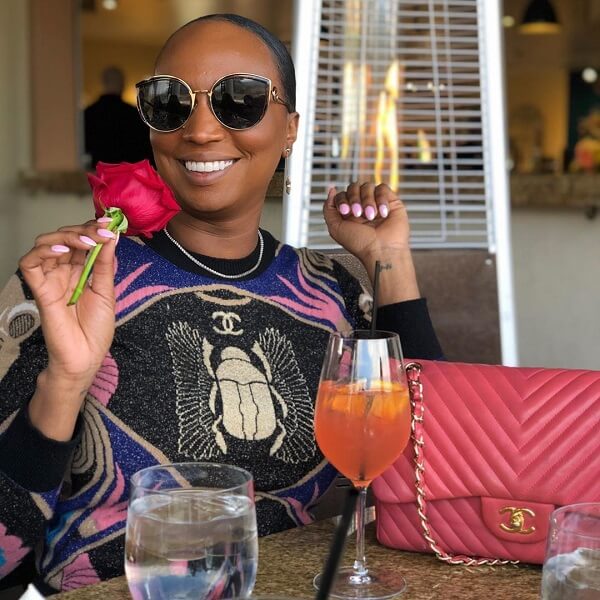 Married to Medicine LA newcomer, Lia Dias is not your typical doctor’s wife and she makes that very clear.

Lia Dias is married to psychiatrist, Dr. Colin Dias, who works with her co-star and friend Dr. Imani Walker. Even though Lia is new to the group, she’s definitely not afraid to speak her mind and she’s involved in a lot of drama because of it. From throwing some fun shade at co-star, Dr. Kendra Segura’s outfit to letting Jazmin Johnson and Shanique Drummond have it, Lia always speaks the truth — whether you like it or not.

Check out AllAboutTheTEA.com’s exclusive interview below for all of Lia Dias’ unfiltered opinions on everything this season!

Q: Out of the group, you knew Imani the best before joining the cast. What is your relationship like with her?

“Imani and I have a real friendship. We tell each other the truth. I think having a friend that is real is most important. This season you get to see our friendship as we navigate difficult times. We also get to have a lot of fun!”

Q: What is your relationship like with Shanique and how did things get so bad between the two of you?

“I feel like respect comes first. I can’t move around people that are not respectful! When we first started filming, Shanique lunged at me! They took it out, but she was reacting to me calling her messy… which I’m still trying to figure out what the big deal about being messy is. We’re on a reality show, we’re ALL a little bit messy… that’s who we are as people! I just don’t know how me calling this girl messy turned into her physically trying to lunge at me. I feel like she disrespected my boundaries by physically approaching me, to the point where Imani had to jump in between her. That reaction was just so over the top… there was nothing that would lead her to go to that extent.”

“Since then, everything she did just bothered me. A little hill became a mountain with her. If she would even smack while she was eating her food, I would roll my eyes at her. She just bugs me and I’m sure she feels the same way about me. It never really recovered after that first incident of disrespect.” 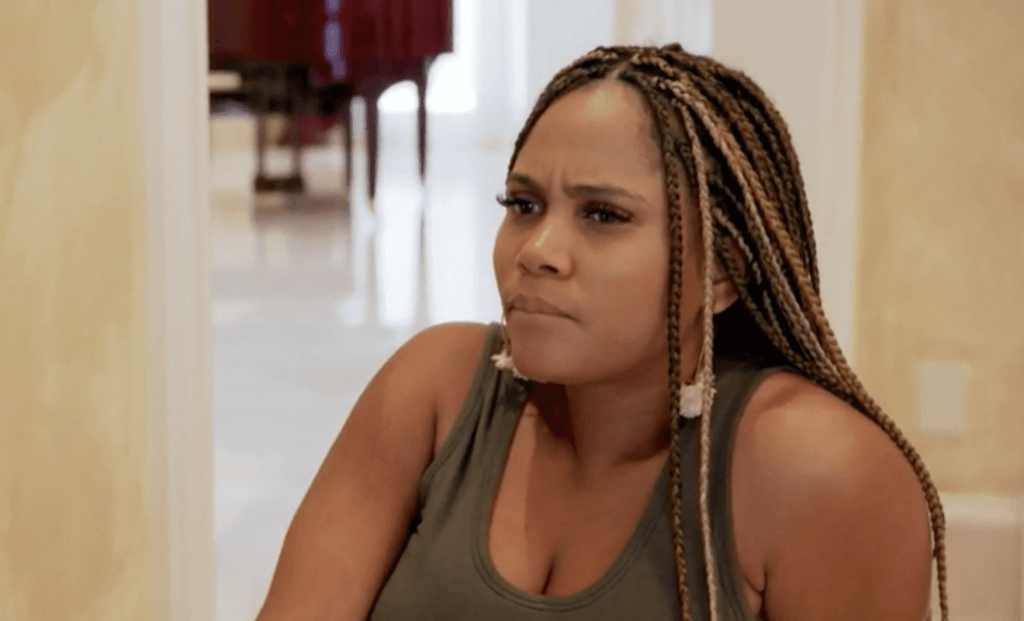 Q: What did you think about Doctor Heavenly commenting about the size of Doctor Kendra’s husband’s penis?

“I feel like the comment was taken out of context a little bit. I get why Kendra reacted that way, but when I watched the show I knew that she was just being Heavenly. Would I have reacted like that? Maybe if I had a few drinks in me, but I don’t know if I would have jumped up. I don’t know if all of that was necessary… it was a big reaction.”

Q: What is your opinion on Jazmin and Shanique spreading rumors about Doctor Imani’s marriage to the group?

“Imani is a very transparent person. When I had questions about it, I called her! I don’t understand why these girls just didn’t call her. To me, it seems mean spirited. These girls weren’t inquiring about it because they were genuinely concerned about Imani, it looked mean! It bothered me a lot because our husbands, marriages, and children are things that are very sacred to us. I mean you can’t say anything about Jazmin’s husband or Shanique’s husband, so to see them being catty and messy about Imani and her husband, it was a turn off for me.” 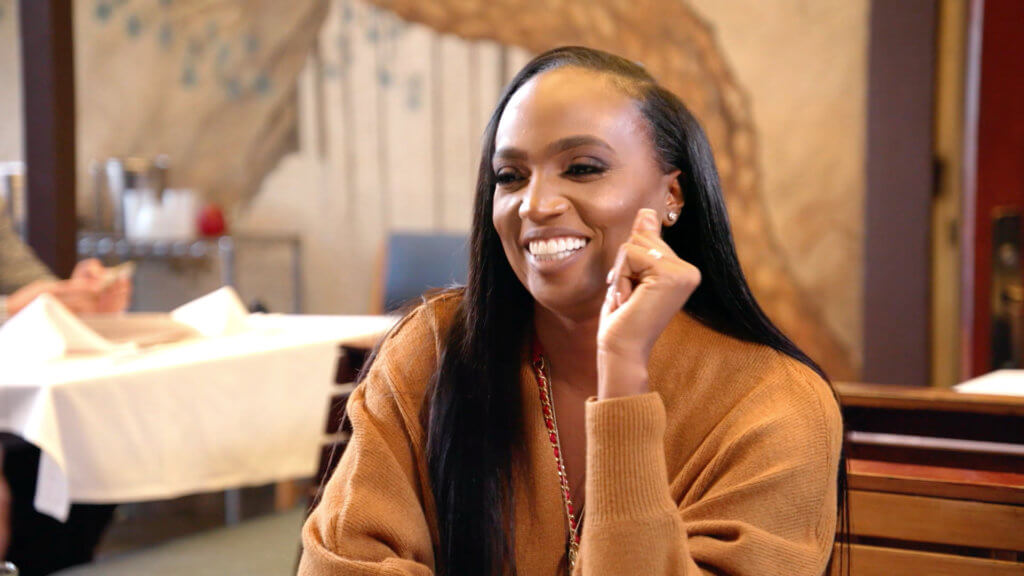 Q: Can you clarify your comments that you made about Doctor Kendra’s outfit?

“I will be very clear about what I said. So, Shanique and I were out for cocktails. This had nothing to do with the camera’s, we were just out being girlfriends. Out after work, talking silly, and just being girls. We were talking about everything and everybody. Shanique said things about people too! When I was first hanging around Kendra, she had on like  a camouflage military outfit… like a paratrooper outfit. Then I said, ‘Well she must be Britten’s friend or be from the military because that girl dressed like a paratrooper.’ We laughed so hard about it! It was shade, but it wasn’t mean spirited. We were just joking! So when she brought it back to the group like I had body shamed Kendra… I didn’t body shame her! I struggle with my weight too, the last thing that I would do is bring up somebody’s weight.”

“Anybody that knows me knows that I’m here for wearing whatever you want to wear. Wear your boobs out, your belly out, whatever you wanna wear! I don’t care about body types. I was just shading her fashion choice, that’s it.” 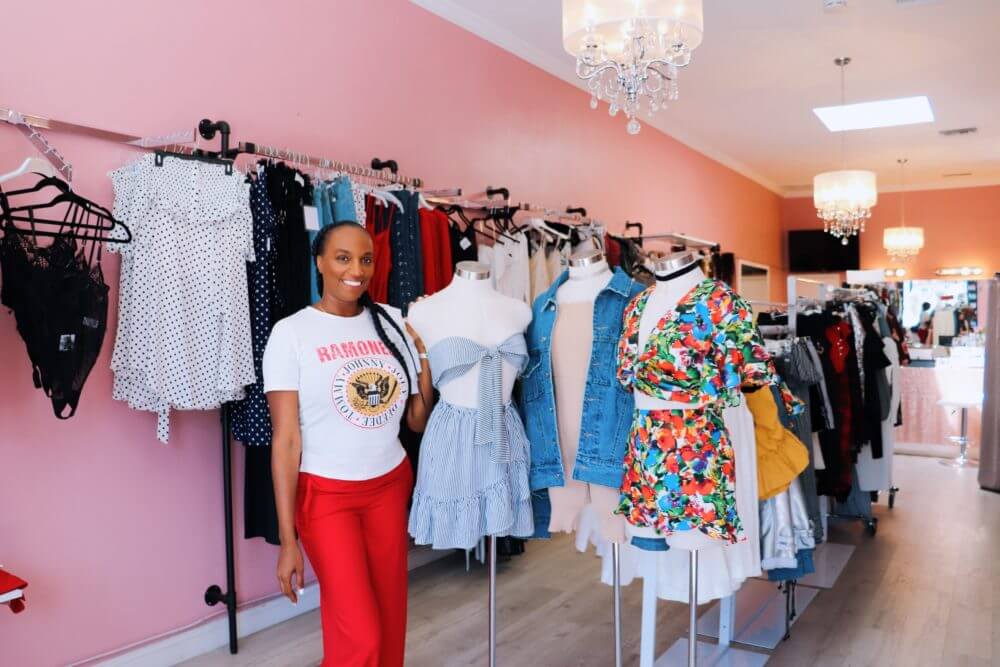 Q: What was your reaction when Jazmin and Shanique called you “lying Lia” on social media?

“I just think that’s how they are. They tag team! They’re the bobbsey twins, when Jazmin says something then Shanique is gonna repeat it. I don’t even think Shanique knows why she’s saying that I’m ‘lying Lia’. She’s just repeating it because that’s what Jazmin said. What really happened was that Jazmin and I were in an argument about this whole Kendra thing. She had said that I repeated it to her and then I said, ‘Girl I didn’t say nothing to you.’ I said that in the heat of an argument, but she was talking about something totally different. Jazmin and I are on different planets sometimes. She was talking about a comment that was made six months prior. It’s not that I’m a liar, we had a misunderstanding. I didn’t know what the girl was talking about! I’m a lot of things, but I’m NOT a liar. Honestly, I took offense to it because why wouldn’t she just try to get clarification instead of going on interviews calling me a liar.”

Q: This season is a bit different because in the trailer, we saw that you guys go on a few trips! Can you give us any tea on the trips?

“So I can’t say where we go, but I can say that it’s a road trip. You get to see us spend a lot of time together. When you travel with people, you get to know who they really are!”

Q: What can fans expect from the rest of the season?

“A lot of us came into this season with a chip on our shoulders from things that had happened (on and off camera) and you get to see us try to resolve that. Hopefully we will all get to move forward, but it’s hard when I see people say such horrible things about me in interviews. Girl I thought we were past this! Well, you live and you learn… and you’ll get to see us living and and learning throughout the rest of this season.”

“You will get to see me interacting with my children and being a business owner. Viewers will get to see who I am as a whole because right now they only see me in the midst of mess and arguments.”