The cast of Southern Charm resumed filming this week but were called out for using the Black Lives Matter movement as content for their show.

Returning cast member Danni Baird, along with newbies, Maddison Simon and Leva Bonaparte were all spotted filming scenes at Marion Square next to the statue of slavery advocate, John C. Calhoun, during a protest. 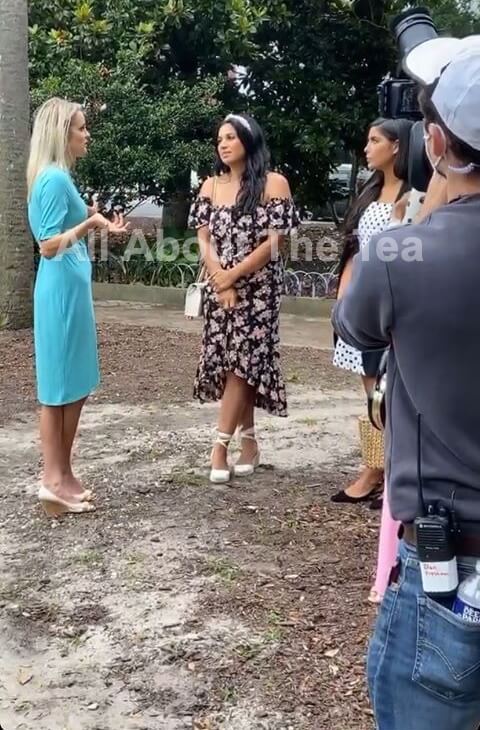 There’s been a lot of local protests surrounding the removal of the statue and on Wednesday, officials in Charleston announced their intention to remove a statue of John C. Calhoun.

According to protestors, the Southern Charm cast interrupted their protest to remove the statue of racist John C. Calhoun  to film scenes for the Bravo reality show. Alarmed black onlookers took to social media to call out the cast. 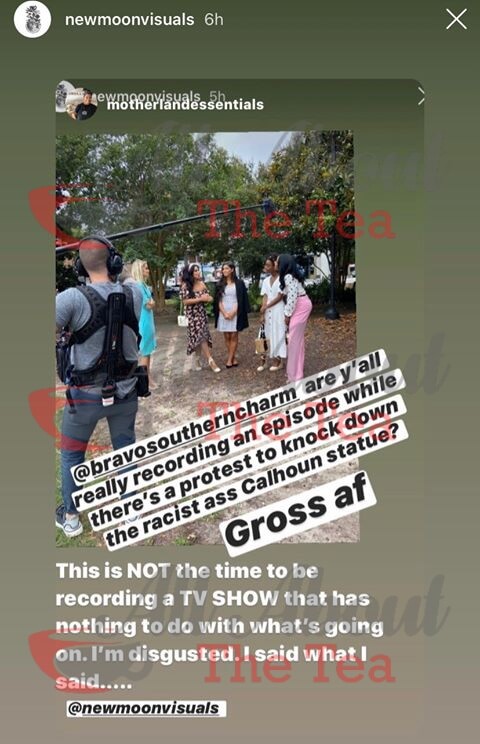 Press play below to watch the video.

As fans know, Southern Charm star Kathryn Dennis is a direct descendant of John C. Calhoun on her mother’s side. Calhoun was the seventh vice president of the United States and a big defender of slavery and white supremacy.

Well, the apple don’t fall from the tree, Kathryn Dennis recently came under fire for racist remarks and trolling of an African-American radio host. The accusations of racism come after a text message exchange with black radio host, Tamika Gadsden, were exposed. Kathryn was forced to defend herself, after Gadsen revealed that the reality star had used a monkey emoji in one of the messages.

Many Bravolebs have recently been fired for racism but Kathryn Dennis’ has somehow still employed by the network. Many viewers have called for the cancelation of the show based on their glossing-over of racist behavior, especially negrobilia featured at Patricia Altschul’s house.

Austen Kroll was also spotted filming this week at Charleston’s Tavern & Table restaurant. This is the show’s fourth attempt at filming since production shut down due to the Coronavirus.